Quick History of the Celts 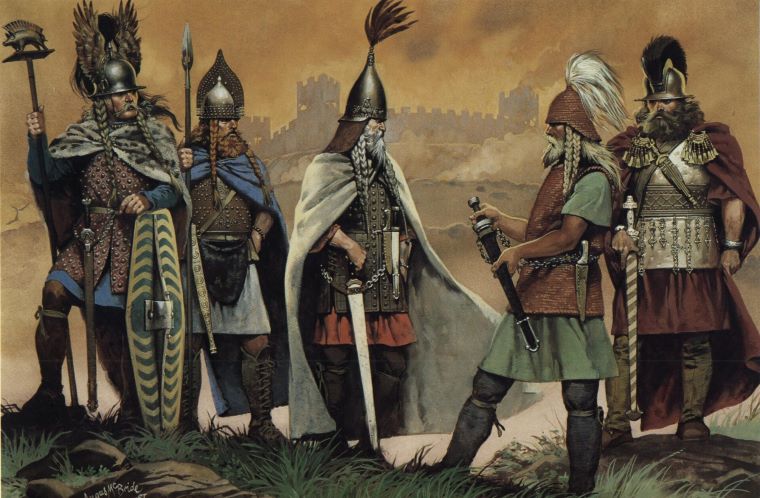 The Celts were first evident in continental Europe around the 7th and 8th centuries BC. They were loosely tied together as tribes and spoke a common language.

The Greeks called them Keltoi and the Romans called them Galli and both terms meant ‘barbarians.’ They were fierce warriors who fought among themselves and fought the Romans when they were occupiers in Britain. They ruthlessly fought against any invader of the British Isles and their culture flourished the longest in Ireland and Scotland.

The Greek, Pytheas, referred to the British Isles as the Pretanic Islands which is derived from Priteni which is definitely a Celtic word.
By the 3rd to 5th century BC, they occupied much of Europe north of the Alps. By the 2nd and 3rd century, the Celts had arrived in Ireland. They became known as the Gaels, because of their language and culture and inhabited the island of Eire as Ireland was originally known and named.The Gaels, Gauls, Britons, Irish and Gallacians were all Celtic people. Celtic culture survived longer in northern Europe and the British Isles longer than in continental Europe and still survives today in parts of Ireland, Scotland, the Isle of Man, Cornwall, Wales and Breton (France).

After the Romans withdrew from Britain in the 5th century, the Celtic culture survived more strongly in Ireland and elsewhere in the isles it is believed because of hill forts they built to fight off the invaders; and there were many. 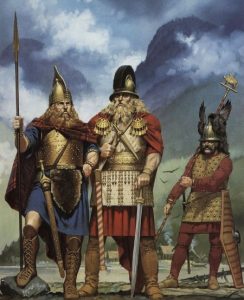 From the 7th to 9th centuries the Vikings invaded Ireland again and again. The founded several Irish cities such as Belfast and Dublin, but they were never able to take over the island.

Ireland was not occupied by another nation until 1160 when the Normans invaded from England. Then, the British occupation of Ireland lasted until 1922 when the Republic of Ireland was born. Through all this the Celtic culture still survived.

Celtic culture has been continuous in Ireland for approximately 2400 years or more. But, who were the first Celts to arrive?
We know from the extensive research and DNA analysis of the English by Brian Sykes, head of the genetic department at Oxford University, that he found that the Celts were most prominent in Ireland, Scotland and Wales, but also in today’s England.

What surprised him and most of the people of the British Isles was the DNA analysis which clearly showed a genetic fingerprint to the inhabitants of coastal regions of Spain, specifically the northern Basque region of Spain and the northwest Galician region of Spain.

He discovered from approximately 4,000 to 5,000 BC that the Iberians migrated north to the British Isles and lived in all of the countries of the British Isles today. Therefore, the ancestors of the Irish Celts or Gaels were the Spanish and/or Portugal.

These Iberians first inhabited Ireland and throughout the ensuing centuries evolved into what we know today as the Gaels of Ireland.