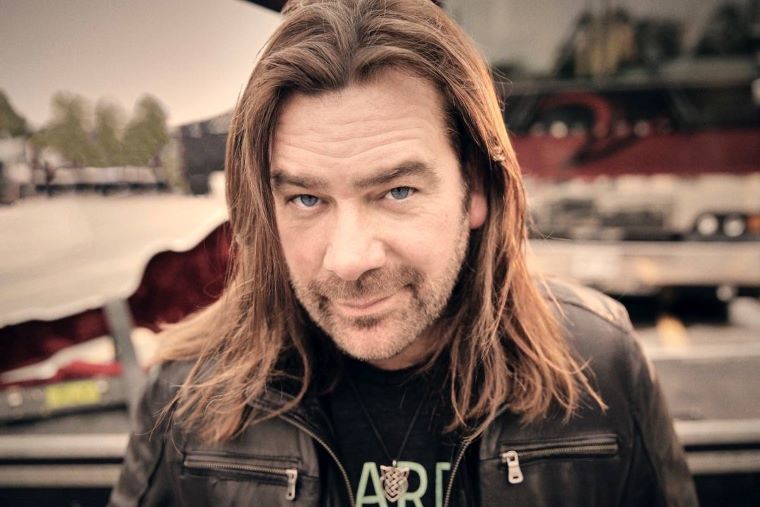 Doyle, of Great Big Sea fame, has graced the pages of Celtic Life International a few times over the years, and we are always thrilled to catch up with him when he’s got something interesting in the works. We recently reached him by phone as he strolled along Murphy St. in downtown Nashville, Tennessee.

“I am here for a couple more days, working on stuff for my new album,” says Doyle, en route to a local recording studio.

You might have already seen the music video by the time you read this, but when we spoke with Doyle, his new single with Dean Brody, “We Don’t Wanna Go Home,” had just hit the worldwide web. The song, he shares, is the summary of one night that every musician has experienced.

“I could call it one night, but I suppose it is a summary of many nights. Standing at an awesome pub somewhere and begging them not to close.” 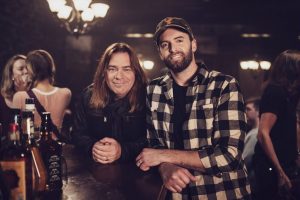 The song is almost the antithesis of Semisonic’s classic 90s anthem Closing Time, and the music video – shot in St. John’s, NL – perfectly captures the moment that Doyle has experienced so often, where the crackling energy of family, friends and fun makes time stand still.

“It is sort of the bane of a band’s existence because, most nights, we don’t start our set until the wee hours. These places are awesome, but we are just getting going when they want to close. We usually have a variety of pleas ready to go, to try to convince them, at the very least, to give us one more round.”

The single is part of an EP of country songs that Doyle plans to pair alongside old-school Atlantic Canadian tunes down the road. But it is just a taste of what he has on the go for 2020.

The marque attraction on his to-do list over the next 12 months is his Rough Side Out tour; a 34-date run starting in Moose Jaw, SK on February 19. From there, he plans to tour out west, circle back and take a breather, before touring east and then hitting the southwest United States.

It is a major undertaking, even for a seasoned artist like Doyle.

“This will probably be the biggest one that I have never tried. I mean, we have done four-or-five legs of a tour before, but that was over 15 or 16 months. But this one, by the time it all gets done, it will be a two-year project, really.”

If you are not familiar with the term “Rough Side Out,” then Doyle explains the meaning behind the everyday Newfoundland expression.

“Rough side out is what we call clapboard – the siding on a house. You know the famous jelly- bean houses in St. John’s? That is wooden clapboard on those houses. When that stuff was first manufactured, years ago, it was made with a smooth side – which was made to face outwards – and the rough side was meant never to be seen. But of course, Newfoundlanders – being the geniuses that they are – figured it was way better the other way around; the paint stuck to it easier, and it was more suited for our crazy weather. It might not be the best-looking thing, some would argue – I happen to think differently – but of course, it is the strongest and most practical.”

Doyle says the choice of the phrase goes deeper than just describing his latest jaunt.

“It is the story of my life! In my first book (Where I Belong, 2014) I described what my town looked with all the rough side out clapboard. My editor asked me, ‘what’s rough side out?’ So, I explained it to her, and she said, ‘Hmmm…I guess that Newfoundland clapboard, and thus Newfoundlanders themselves, are rough side out.’”

Doyle is also currently working on his third book, though he admits that – unlike his first two literary efforts – he is a bit stumped on what direction it will take.

“It is a little terrifying,” he laughs. “With my first two books – one is about growing up in my little fishing town and making my way to St. John’s with Great Big Sea and the lads, and the second one (A Newfoundlander in Canada) was really about our first trip across Canada – I knew what those would be about before I started writing them. This one…not so much.”

He plans to use his daytime hours while on tour to start workshopping ideas. In particular, Doyle is curious to learn what his audience would like him to say. 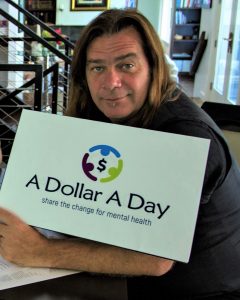 “When you let people see things through your eyes, it is interesting to know what they look at.”

“When I was writing about growing up and being a musician, I was so excited to get to hitchhike to St. John’s and buy a distortion pedal. I wanted to get a distortion pedal – I mean, what guitar player doesn’t? And I wrote that in a draft – about how I had saved up most of my money by cutting out cod tongues down by the wharf and bought the pedal. I went into great detail, and then my editor says to me ‘can you tell me more about the cod tongues?’”

Between his music and his writing, Doyle will also continue to raise funds and visibility for the A Dollar A Day Foundation – a charitable initiative he helped to start in support of mental health and addiction services.

“I have given my time to lots of things over the years,” says Doyle, explaining he felt that starting a foundation was the best way to ensure that his efforts went to something that would endure. “Like most musicians, we are called upon all the time, and I wanted to make sure I was focusing my time and effort where, I think, I could make the most difference.”

The charity has been in operation for almost two years and Doyle estimates that they have already raised close to a quarter of a million dollars – all of it going to programs actively helping people in crisis.

“It is one way for all of us to be a part of change – not just the awareness about the need for mental health and addiction services, but also to directly help them do the hard work that they are already doing daily. And that is one of the things that we are most proud of; being a part of the solution can be something that is on your mind, and in your heart, every single day of the year.”