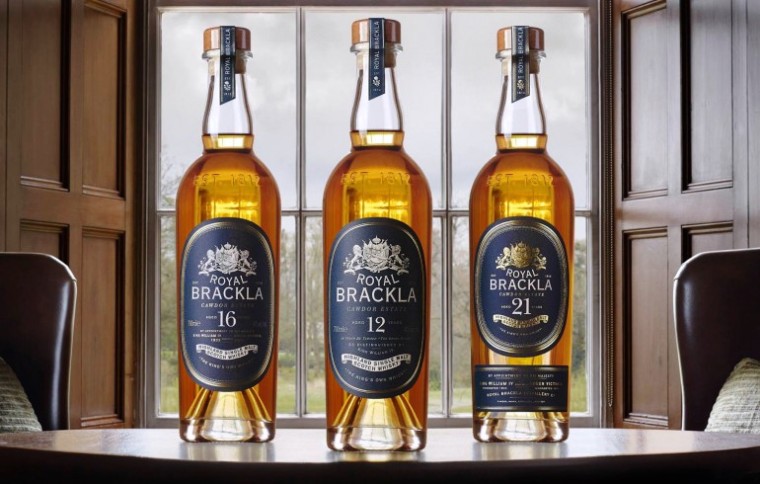 Obscured by trees and hedgerows, almost hidden in the verdant farmland to the east of Inverness, Royal Brackla is a distillery that even the most veteran of whisky connoisseurs are likely not to be familiar with.

Curious, as the vast majority of whisky produced there goes into Dewars and other mainstream blends. The distiller’s owners, Bacardi, have had a ten-year-old single malt on the market since 2004, but I don’t recall ever seeing it. Even independent bottlings of the whisky were rare. It was only in 2015 that the Royal Brackla was finally given its due by Bacardi: Brackla was rolled out alongside Craigellachie, Aberfeldy, Aultmore and Macduff (The Deveron), as part of the “Last Great Malts of Scotland” promotion.

Brackla is among the oldest distilleries in Scotland, founded in 1812 by Captain William Fraser of Brackla House on the Cawdor Castle Estate. King William IV of Britain selected the whisky for his court and bestowed the facility with the honour “The Royal” in 1833. It was the first of only three distilleries to ever be given such an honour.

The distillery operated under a number of owners until it fell beneath the umbrella of Scottish Malt Distillers in 1943. An airstrip, portions of which survive in the neighbouring field to this day, was built next to the distillery in 1940 to “provide a landing ground for operational training and aerial gunnery.” Between 1943 and 1945, the distillery was closed due to the rationing of grain for the war effort.

Between 1964 and 1966, Royal Brackla was closed again to undergo major refurbishments. The open still-house is similar to that of many that were built or rebuilt in the 1960s, at the beginning of the second major Scotch whisky boom. The floor maltings were closed, and the distillery switched from direct firing of the stills with coal to steam-generated internal heating. The capacity was also doubled with the addition of two new stills. Royal Brackla carried on until 1985 when the boom faded.

Brackla slowly came back to life in 1991 as demand for whisky began to pick up again. It underwent further refurbishment in 1997, modernizing the distillery’s production. That same year, Grand Metropolitan and Guinness merged to form Diageo, the world’s largest drinks company. Diageo soon controlled nearly half of all whisky production in Scotland, and the anti-trust authorities were not impressed. Diageo was forced to put John Dewar & Sons – which consisted of four of the five aforementioned distilleries – up for sale. More than twenty firms bid on the purchase, and Bacardi came out on top in 1998 with a bid of £1.15 billion!

I visited Royal Brackla for the first time in 2016: though I was aware of it, the distillery really wasn’t on my radar until the “Last Great Malts of Scotland” promotion. From a vantage on the cooling pond in front of the still house on a sunny day, I discovered Brackla to be one of the most beautiful distilleries in Scotland. Framed by bucolic fields on the left, and the last remaining old-stone buildings on its right, it left an impression on me, and the new whiskies have not disappointed. 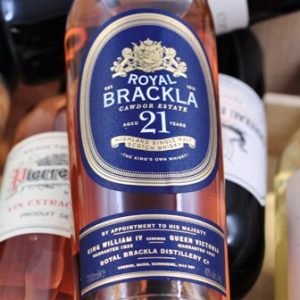 Royal Brackla 12 Year Finished in Oloroso sherry casks, the whisky is creamy and oily with chocolate orange and vanilla cream. $100

Royal Brackla 16 Year Finished in Oloroso sherry casks, the whisky is spicy, herbaceous and sweet with loads of honey and a faint touch of smoke. $148

Royal Brackla 21 Year It has not yet arrived in North America, but it is worth seeking out. The whisky was matured predominantly in sherry casks, and is oily with notes of cold tea, berry fruits and chocolate. £150UK

The fertile farmland to the east of Inverness is full of attractions – perhaps none finer than the visitor center at Culloden Battle Field. On April 16, 1746, the final Jacobite rebellion came to an abrupt and brutal end on Culloden Moor, six miles outside of Inverness. The famed Highland charge had won the Jacobites a string of upsets against the Red Coats during the preceding two years. But, on the open moorland of Culloden against the superior firepower of the English forces, the Highlanders were cut to pieces. An estimated 2,000 Scots fell dead or wounded on that day, to the government’s loss of around 300. It would be the last pitched battle fought on British soil. Eight miles further east of the Culloden Battle Field is Cawdor Castle, another popular area attraction. Though linked by Shakespeare to Macbeth, the tower house around which the castle was built dates from the 15th Century, three hundred years after the rule of the historic King. The rest of the castle was built in stages over the following centuries. Today it is mainly famed for its gardens. ~ Andrew Ferguson