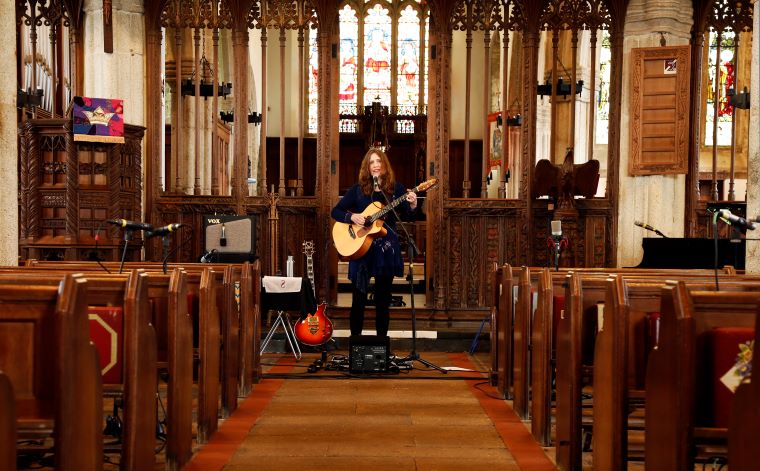 Genetically speaking, singer-songwriter Sarah McQuaid is a bit of a mixed bag. Born to an American mother and a Spanish father, she has traced her lineage back to England, Germany, and Ireland.

“I lived in Ireland for 13 years before moving to England,” she shares via email from her current home in the great Celtic nation of Cornwall. “First in Dublin and then in County Wexford. My husband is Irish, and our two children were born in Ireland – like me, they have dual Irish and U.S. citizenship.”

McQuaid has played instruments for as long as she can remember, with her first foray into music beginning when she was just three years old.

“That is when my mother started teaching me to play the piano. I began playing guitar as soon as I was big enough to hold one. I just really took to music in a big way – it came to me very naturally and easily, and I found it very absorbing. I could easily spend a couple of hours simply noodling on the piano or the guitar. I think I was about seven or eight years old when I wrote my first song. It was dreadful, but I was proud of it and I wrote it all out in proper musical notation.”

Since then, the award-winning musician has released several recordings, including 2018’s popular If We Dig Any Deeper This Could Get Dangerous.

She notes that her reasons for playing music have not changed since childhood. 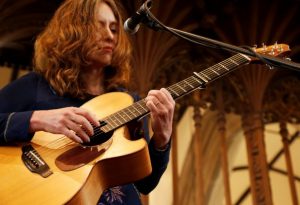 “I see music as a wonderful way of connecting to other people. Like a lot of performers, I am quite shy offstage, but when I am onstage the music just takes over. It is a lovely feeling.”

Although this year has been a struggle for many artists – the ongoing COVID-19 pandemic has wreaked sheer havoc on the entire music industry – McQuaid has not let it slow her down. In addition to offering an array of online workshops for both emerging and established artists, she recently completed work on St Buryan Sessions, a 15-track live album and video series set for release over the coming months.

“When Covid-19 hit and I had to cut my tour short, I was trying to figure out what to do, and it occurred to me that I had always wanted to record a live album. I feel that there is a kind of magic that comes out in a live performance that you just don’t get with a studio album. I also wasn’t keen on the idea of livestreaming gigs, partly because the internet where I live isn’t great, and partly because there are so many things that can go wrong technically, and I just didn’t want to have to deal with that!”

To help her cause, she set up a crowd funder.

“I managed to raise enough money to be able to spend two days filming and recording in this beautiful church just up the road from where I live. I have been singing in the choir there for over ten years, so it was a comfortable, happy place for me to sing in, and the space is just gorgeous, so I felt that the atmosphere of the place itself could supply the magic even though I wouldn’t have an audience in the room.”

McQuaid has already released two singles from the album, The Silence Above Us, and Charlie’s Gone Home. Both tracks give insight into what listeners can expect with the full project.

“I think that it is the best album that I have ever made, and I love it that it is just me, performing live – so what you are seeing and hearing is what you would be seeing and hearing if you were at a typical concert of mine. In the first single, I am playing a beautiful grand piano in the church. And it is lovely visually too – you can actually see the reflections of the woodwork and the stonework in the lid of the piano when the camera pans across it.”

McQuaid expects 2021 to be another busy year; in addition to finishing up with St. Buryan Sessions, she has a crop of other projects lined up.

“I want to get back to writing and recording new material – I have an idea of maybe releasing some short little EPs of two or three songs each, which could eventually be collected as an album. And then, hopefully, I can eventually get back out on the road.”