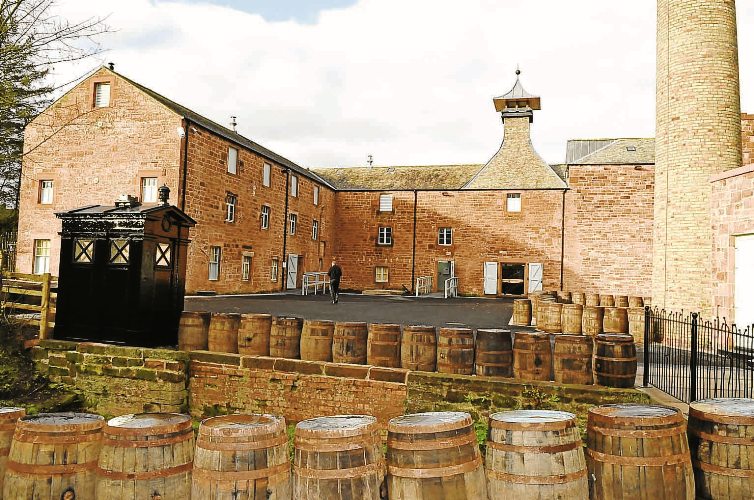 Once abandoned, Scotland’s fabled Annandale Distillery has been restored to former glory.

A description of the former Annan Distillery in the book, Scotch Missed: Lost Distilleries of Scotland, led David Thomson and his wife Teresa Church to the site in June, 2006. A decade earlier, Thomson had previously imagined the possibility of establishing a distillery in Scotland’s south. But with family roots in nearby Dumfries going back several centuries, finding the derelict distillery on his doorstep sealed the deal. In 2007, Thomson’s dream became reality when he and Church acquired the site and formed the Annandale Distillery Company Limited.

The newly restored distillery is tucked from view in the undulating landscape of the River Annan Valley. The development of striking red sandstone buildings ooze history, character and charm. A towering brick chimney and elegant sculpted malt kiln roof rise to acknowledge a skein of geese cackling their way inland from the nearby Solway shore.

Annandale Distillery is one of the oldest legal distilleries in Scotland. Former excise officer, George Donald, acquired a lease on the land, opening the first distillery here in 1836. Living on site with his family, Donald, assisted by his son, ran the distillery until 1883. In 1883 the lease passed to John Sykes Gardner, the son of a former Liverpool mayor. During Gardner’s 10-year custodianship he made a significant investment in equipment and machinery before the “modernized”distillery came under the ownership of the renowned John Walker and Sons. They retained it until its closure in 1924. Around this time the Robinson family was producing their famous Provost porridge oats in nearby Annan and they acquired the distillery buildings and adjacent farmland from John Walker and Sons. The family used the buildings for drying grain and housing cattle. Over the next 80 years the former distillery buildings fell into a state of disrepair. 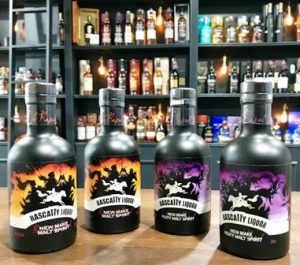 The present owners, Thomson and Church, co-own the MMR Group; a UK-based holding company with principal interests in market research. Based in Oxford, they have offices in London, Leamington Spa, Manhattan, Shanghai and Singapore. Both Thomson and Church are well-educated. He possesses a B.Sc. in Food Chemistry and a PhD in Sensory & Consumer Psychology, while Church has a B.Sc. in Animal Physiology and Nutrition. Before reading for his PhD, Thomson specialized in cereal chemistry. His considerable knowledge of cereals includes aspects relevant to brewing. As well, with their market research company, Thomson and Church can bring to bear on their new venture extensive knowledge of brand and product development, product optimization and sensory evaluation.

Before they could produce anything, the practical issues of restoring and altering the buildings came to the fore. Despite their poor condition, Historic Scotland declares the buildings of historic importance. The roof of the former malt kiln is identified as an example of the Scottish architect, Charles Chree Doig’s work. Doig specialized in distillery projects, garnering acclaim for his highly functional and aesthetically pleasing pagoda-style chimney ventilators. Beyond that, the couple had to deal with the discovery of important archaeological evidence relating to the previous distilleries, a lengthy planning process and practical problems of water ingress through old walls and foundations. Eventually, work began on site in 2011 and finished in the latter part of 2014.

Thomson is philosophical about the difficulties of the project.

“They were very frustrating at first and almost ‘finished’ the project, but we eventually overcame them. Having said that, the associated delays bought us some thinking time and allowed us to investigate various financing routes.”

With the exception of a £350k grant from Historic Scotland the multi-million pound project was privately funded.

Standing in the completed mash room and still house, the result is stunning. It is a blend of technology and functionality contained within the architecture of the local vernacular. Stone walls and wooden beams evoke memories of yesteryear. The doors on the mash tun are open and a golden glow illuminates the liquid inside. The Douglas fir washbacks are a beautiful mellow golden brown and the shining copper stills stand over everything. The equipment, lights, liquids and heat create a sense of mystical alchemy at work. 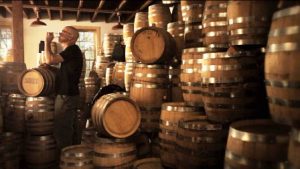 Of course, the most important part of the whole venture is the resultant malt whisky, which will remain something of a mystery for another three years. The spirit produced in the distillation process is known as “new-make spirit” and in Scotland that can be marketed, but it must be matured for a minimum of three years before it can be called Scotch Whisky. Named ‘Rascally Liquor’, after a comment made about whisky by Robert Burns, Annandale Distillery’s new-make spirit was launched this year on Burns Night. The new-make liquor will mature in American white oak bourbon barrels, with the first of those filled in November 2014.

The assumption is that a lowland distillery will produce a gentle whisky, but Thomson is quick to point out that historically this is inaccurate.

“The modern genre of Lowland Single Malts as ‘gentler’ whiskies is a modern aberration. There is historical evidence that all of the four distilleries located in the Dumfries & Galloway region (including Annandale) produced peated/smoky whisky,” says Thomson. “ Indeed, their locations were probably determined by the abundance of peat and water.”

With that in mind, Annandale Distillery will produce two distinct malts; Man O’ Sword will be a smoky, peaty whisky inspired by Scotland’s warrior king, Robert the Bruce. The second, Man O’ Words, will be a non-smoky whisky paying tribute to Scotland’s national bard, Robert Burns. Both Bruce and Burns had strong Annandale connections and the historical references will fit nicely with the distillery’s own August background.