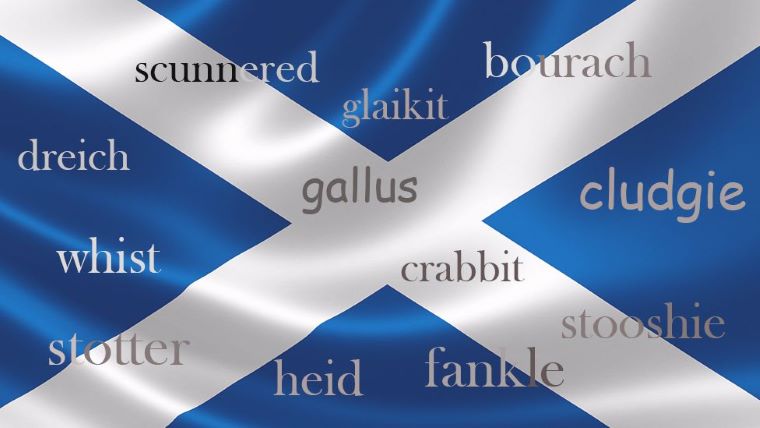 Scotland is home to three native languages: Gaelic, English, and Scots. The Scots language has four main dialects and 10 “sub dialects” around the country. Contrary to popular belief, Scots is not a dialect of English. Rather, it is a sister language of sorts – a Germanic tongue that developed alongside English. It is estimated to have originated 1,400 years ago. These days, Scots is mainly spoken in the Scottish Lowlands, as well as in both Orkney and Shetland.

If this is news to you, you are not alone. Outside of Scotland especially, Scots isn’t as well-known or romanticized as Gaelic, for example. Advocates like the folks at The Scots Language Centre – a.k.a. Centre for the Scots Leid – are changing that.

“I teach Scots, and promote the teaching of Scots in schools, because I want children and young people to know that their voices and words are valid, important and relevant,” says Laura Green, an education specialist for the Scots Language Centre (SLC).

Green was born to a family of Scots speakers in Whitburn, West Lothian. When she was 10 years old, she was reprimanded by a teacher for using the word “aye.”

“I was thoroughly confused,” she recalls. “How could the words I used at home, with my parents and friends, be deemed inappropriate in some situations? I remember asking my parents about it and being told that speaking English in formal situations is the norm, as you would have to ensure that you were being understood by everyone. The insinuation was that more people would understand English than Scots.”

As she got older, she realized the problem had more to do with prejudice than understanding. 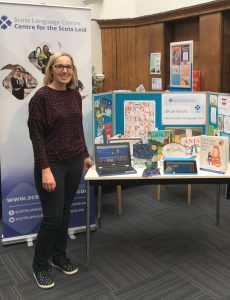 As a teacher, Green promoted Scots in schools across her region. She also had a hand in writing a report for Education Scotland called “Scots Language in Curriculum for Excellence,” which was released in August 2017. The project involved visiting schools across the country to observe and evaluate the teaching of Scots.

She got on board with the Scots Language Centre three years ago. As part of her role there, she connects with fellow educators to help them access resources for teaching Scots. In addition, she develops new teaching materials for the “learning” section of the SLC website.

“In general, I help build confidence in those who wish to teach Scots. Most of the time, educators have the knowledge of Scots they need – in fact, many are Scots speakers themselves – but just need to be reassured that their approaches are appropriate.”

Teaching Scots, she notes, is an issue of inclusion.

“It can be challenging to encourage people to engage with Scots if they hold a belief that English is a superior language to other languages, minority or otherwise.”

“Promoting the teaching of Scots demonstrates to our young people that their voices matter, and that their mother tongue is as valid as anyone else’s.”

While Green admits that some people feel there is not enough support for Scots, she believes the Scottish government is in favour of promoting the language. The SLC, for instance, is a government-funded organization. In addition, the government also supports Scottish Language Dictionaries (a comprehensive online dictionary and a soon to-be-released app) as well as a Scots publication grant, which helps authors and publishing houses produce books in Scots.

“As the sole custodian of Scots we have a duty to protect this indigenous language and celebrate its contribution to Scotland’s identity and future,” reads the government website. “Although its use has been declining for some time, the rate of decline has slowed in recent years and we aim to halt it entirely,”

In Green’s experience, young people are still extremely interested in learning Scots language. SLC is currently working with teachers and Education Scotland to provide teacher training for primary teachers, similar to the support they have already given secondary school teachers.

“It is important that young people who are Scots speakers are encouraged to love their language. Scots is part of our culture and heritage.”