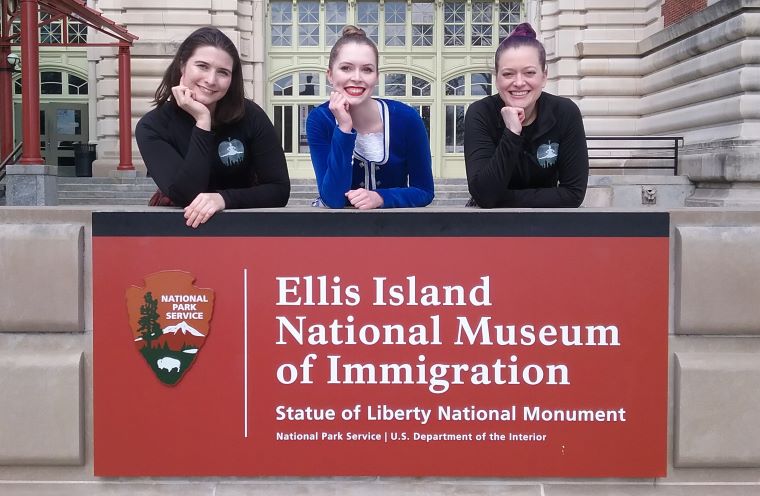 Recently we spoke with founder and organizer Robert Currie (BS, MA, PhD, FSA Scot, Commander of the Name and Arms of Currie) about what attended can expect at this year’s event.

What first inspired you to create Tartan Day on Ellis Island?
I have a long involvement with Ellis Island dating back to 1998 when I was selected to join a 12-member blue ribbon panel to conduct research on what was then determined to be the part of Ellis that was “in” New Jersey. This led to my becoming a board member of the Save Ellis Island Foundation. When we learned that the National Museums of Scotland were contemplating a temporary exhibit on Ellis, we jumped in as cultural liaison. That was in 2002. As for marking Tartan Day on Ellis Island, well frankly in my opinion and many others, there’s simply no better place to commemorate an immigrant holiday than on Ellis Island – America’s “golden door” for so many immigrants. 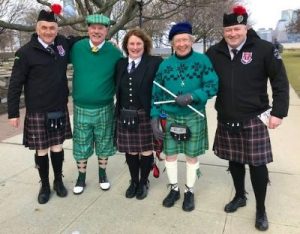 Are they the same reasons that you continue to do it?
Absolutely, it is a privilege and frankly a responsibility to use this event as an awareness-building tool for Scottish history and culture. There are so many myths and misrepresentations of what the Scots are all about, it gives us a chance to present a curated and dignified way to present our heritage.

Why is it an important event for the community?
We get to take a deeper dive into various aspects of the past and more important contemporary legacy of the Scottish people and history. I’ve yet to encounter a visitor that hasn’t walked away acknowledging they learned something they never knew before. Not many Tartan Day events can make that claim.

How has the event evolved through the years?
It just keeps getting better! Through our fundraising efforts, especially through our annual “Pipes of Christmas” concerts, we have the wherewithal to invest more in researchers, copywriters, graphic designers and live performers. It’s a huge celebration. And it’s not just Ellis Island celebrating, NY Tartan Week turns the city Scottish, with the parade, the popular Dressed to Kilt fashion show, kirkings, ceilidhs, cocktail parties and a whole host events every day!

Who traditionally attends?
Here’s the best part. The Ellis Island Immigration Museum is an international tourist destination. We host people from around the world every day. In fact, if the NYC “locals” wait too long to buy their ferry tickets, many are surprised to learn that our event routinely “sells out.”

What can they expect this year?
For 2019, we are presenting “Scots of New York.” It’s a fascinating collection of profiles of Scots and Scottish-Americans who have made their mark in the Big Apple. Our exhibition begins with the Colonial Period and carries right on through to contemporary times. There’s something for everyone! In addition, we will be hosting a whole host of entertainers over Tartan Day weekend (April 5-7) featuring pipers, drummers, Highland Dancers and Traditional musicians. And it’s all offered free-of-charge.

Will you remain involved with the event in the years ahead?
Yes! We’ve got the next three years of exhibitions already in development. These projects bring together an incredible network of historians, writers, museum professionals and the like. I’m learning new facets of my history with every new work. What a gift! 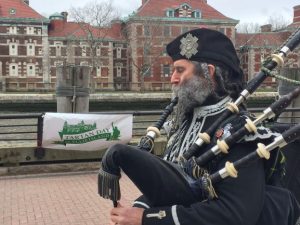 Is enough being done to preserve and promote Scottish/Celtic culture generally?
That’s a bit of a tough question. It’s frustrating to see the decline of Scottish societies and Highland Games. Good work is being done everywhere but the promotion can be improved. Some events enjoy widespread press coverage while others seem to get left out. This is as true for the US press as it is for the Scottish. Parades, Kirkings, cocktail parties and ceilidhs are great fun and should be encouraged, but our heritage demands broader exposure. This is one of the reasons the Learned Kindred of Currie has chosen to make access and appreciation of Scots Gaelic culture an important keystone through much of our work.

How can that be improved?
I believe like any other “brand,” Scottish culture must be continually promoted while continuing to utilize both current and emerging outreach technologies to engage our target audience. To do this requires a strong, almost evangelical commitment to the effort. That devotion is clearly not for everyone, as it takes hard work and consistent effort. As an example, as Commander of the Learned Kindred of Currie, I take it upon myself to start each day by sending birthday greetings to all members of our worldwide family that are having a birthday. At first glance, I agree it appears quite trite, but the response from our over 4 thousand registered Facebook Curries, far and wide that their Commander took the time and effort to reach out to them on such a personal level, results in wonderful feedback and reminds them that we are a historic worldwide family first, while also being an international Scottish arts organization.