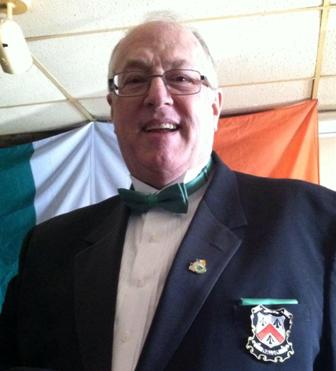 Celts of all sorts will be converging in northeastern Pennsylvania over the coming days for the third annual Scranton Celtic Festival. Recently we spoke with event chairman Joe Walsh about this weekend’s festivities.

What are your own roots?
I am a fourth generation Irish American and both my parents and their parents were Irish-Americans and both sides of my family trace their roots back to County Mayo, Ireland.

When and why did you get involved with this event?
In the winter of 2011 three organizations got together to bring a Celtic Festival to the area. These three were the Irish Cultural Society, The Sister City Committee Scranton/Ballina and the AOH. I am a member of the AOH and since I just stopped working due to medical reasons, I had the time and energy to jump in with both feet. I wanted to help out in any way I could and have given it my all for the last three years.

Why is it an important event for the community there?
This festival is the only family friendly festival that celebrates Celtic Heritage in our area. We have partnered with Montage Mountain because there is a water park that we use when the weather allows, but also we have acres of Free parking and plenty of room to grow. We have had many national and local bands, three step dancing groups, bag-pipers and kid friendly things so that the whole family can spend the day enjoying the outdoors and start the summer out the right way.

Who attends the event?
This is the third year for our festival and for the past two years we have had all ages attend and from many states. The weather the first year was sunny and 80’s so many young families came for the water park and pony rides and stayed for the sun and music. But we also had many people dating that came for the good times and every age in between.  Last year the weather was cold and wet so the turnout was lower but over all we still had many family’s attend.

What can they expect this year?
This year we are changing things up just a little and hoping that the weather won’t play havoc with us.  We are having the bands and vendors inside the totally re-modeled Lodge.  This way if it rains everyone will stay dry and with plenty of seating everyone can listen to the Irish & Welsh music, the step dancers and bagpipers. If it does turn out sunny and warm we will open up the outdoors and people will have use of both areas.

How else are you involved with the Celtic community there?
I am the current President of the Paul “Hook” O’Malley AOH Div. 4 of Scranton and the current Vice-President of the Lackawanna County AOH.  I am also a member of the Irish Cultural Society of Scranton, which started this festival through the efforts of the President, Jack McIntyre.

Is enough being done to preserve and promote Celtic culture generally?
We started this festival because we didn’t feel that enough was being done to promote the culture and traditions of Celtic music and dance in the Northeast part of PA. Everyone knows about the St. Patrick’s Parades and Irish Bands but the rest of the year, in our area it seems to be forgotten.  So this year we have a great Welsh singer, Jodee James, and three bagpipe bands and three step dancing groups, plus Irish bands, traditional and rock.

What can we be doing better?
Many things can be done to better promote the culture but we are limited in the fact that the only money we get is from the admission price and the fee that the vendors pay.  We have tried to get more story tellers and other entertainers from Scotland and Wales but money is lacking until we get bigger. The Irish community is very active in this area but we can’t seem to connect with the other Celtic groups to help and promote but, we won’t stop trying until we get it right or go under.