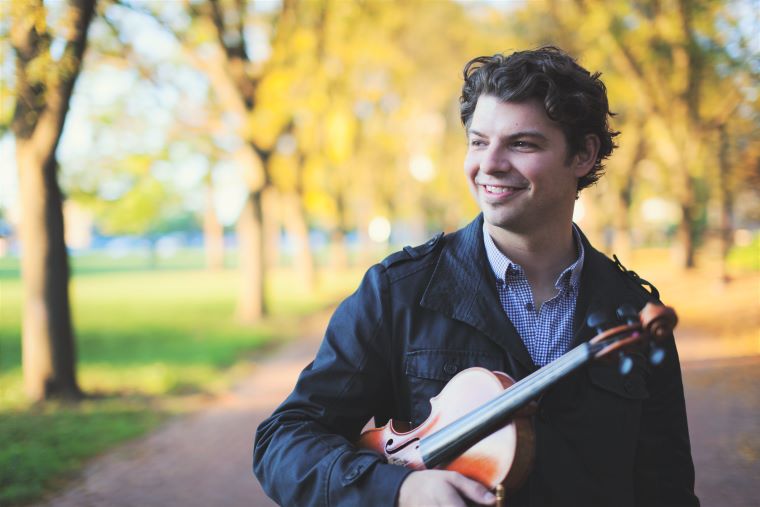 “There is a long line of fiddlers in our family,” shares Shane Cook via email from his home London, Ontario, where he lives with his wife and son. “My great uncles played, my dad plays, and my brother plays. I first picked a fiddle up when I was seven and I am pleased to say it has been a part of my life every day since then.”

Cook’s ancestors settled in the Stratford area of Ontario in the 1800s and he has Scottish, Irish and German roots. Though still young, he chuckles when asked about his age, “Let’s just say that I am ready to play ‘old-timer’ hockey this year. And, as the pandemic drags on, I am not feeling any younger.”

He is quick to credit his teachers and mentors for his lifelong love of fiddling.

“First and foremost, Gerald Hamilton would set aside Tuesday nights every week to jam and chat with my brother and I for hours on end. Gerald was extremely generous with his time. I must also shout-out to my friends and fellow fiddlers – Ian Hamilton, Denis Lanctot, Mark O’Connor, Jerry Holland, Liz Carroll and Ray Legere.”

Describing himself as a “trad” player, Cook performs most of his tunes on a John Silakowski fiddle, rotating through several types of bows depending on the sound and style that he is hoping to achieve.

As a professional musician, he has shared the stage with the likes of bluegrass artist Claire Lynch, The StepCrew music and dance group, and Canadian musical ensemble Bowfire.

“Touring with Bowfire took me everywhere from New York’s Beacon Theatre to Taipei’s National Concert Hall to Canada’s Governor General Awards. We even shot a PBS special and played The Today Show. 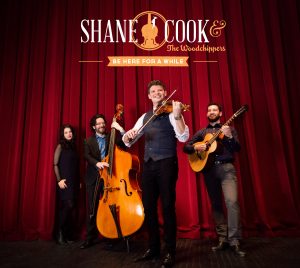 Recently, he filmed an online concert in collaboration with The International Symphony Chamber Orchestra to promote music from his own band, Shane Cook & The Woodchippers. The band also teamed up with youth fiddle groups across Canada for the show, including players from Nunavut, Nova Scotia, Manitoba and more.

“I am particularly proud of our virtual collaboration with young fiddlers from across Canada for this online concert. There is a unique phenomenon of youth fiddle groups here at home, many of which I have been fortunate to have worked with in workshop settings over the years.

“Getting people together and jamming is what the fiddle is all about, and what I have been hearing is that kids across the country are itching to get together and play.”

The online concert is now available online, as is the group’s debut album, Been Here for A While.

“Joining me as The Woodchippers are three of my favourite people and musicians on the planet – Emily Flack (piano, vocals and dance), Joe Phillips (double bass and guitar) and Kyle Waymouth (guitar and dance). Each player had a voice when it came to arranging the record and I think that collaborative approach brought everyone to fully invest in the music.

“Be Here for a While was several years from concept to completion,” Cook continues. “I was fortunate to have received a financial grant to assist with both the creation of the music and to help to get it out into the world.”

The recording appears to be resonating with people already.

“I have sent early copies out to many of my closest friends and musical heroes, and I have been stunned to receive word back that the music has moved so many people. I am proud of what this band has put together.”

Although creating the online concert was a positive experience, Cook hopes that he will be able to get back to playing live music over the coming months.

“I am working on plans that will see us tour the new record across Canada and the U.S. and perform at several festivals in the U.K. and Ireland.”