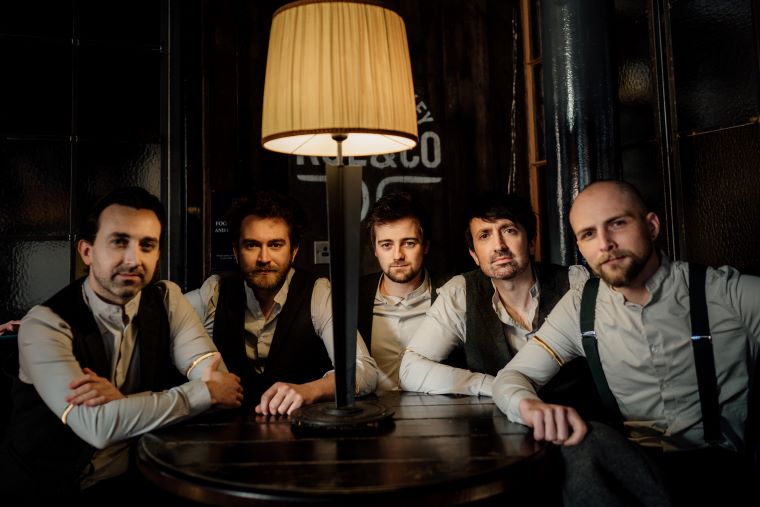 Irish folk group the Shamrock Tenors describe themselves as a “cross-community” group.

“We represent both sides of the community in Northern Ireland,” says Raymond Walsh, the group’s producer. “We feel like we aptly reflect the complex mix of British and Irish identities back home, and through our music we celebrate our unique culture.”

The quintet, comprised of vocalist (and champion Irish dancer) Jimmy Johnston, pianist Matt Good, multi-instrumentalist Matthew Campbell, along with Walsh and his brother Jack, came together in 2018.

“We have all been involved in music from our childhood, having performed together in a variety of shows throughout our lives,” shares Walsh.  “We felt that there was a gap in the music industry for a group from Northern Ireland that accurately represented our musical culture and the people as a whole.”

He notes the group has gone through several changes since its inception, including a significant addition in 2019.

“We met Matthew Campbell after he filled in on a gig for us and decided that he needed to become a permanent part of the lineup because of how talented he was. In addition to his amazing singing voice, Matthew plays over 15 instruments, so we now have a portable orchestra that travels with us!”

Being in a band is not without its challenges, with considerable time spent on the road away from family and friends during tours. Still, Walsh says that the challenges are far outweighed by the rewards of the vocation. 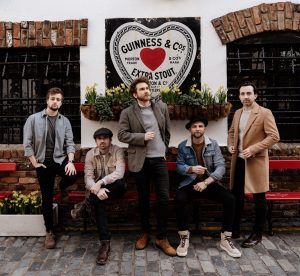 “We are incredibly grateful for the opportunities that we have been presented with. We have been fortunate to visit parts of the world, such as French Polynesia and Newfoundland, and experience a variety of cultures whilst representing Northern Ireland on a global stage.

“During the pandemic, we were incredibly lucky to represent Northern Ireland for Tourism Ireland’s ‘St Patrick’s Day at Home’ which was streamed to over three million people. We filmed a live gig in the Duke of York Pub, which is also our favourite drinking spot in Belfast, and we were honoured to share the bill with Riverdance, among many other fantastic acts.”

The work, he adds, is a complex combination of inspiration and perspiration.

“Perspiration takes the forefront for Jimmy when he pulls out his Irish dance routines. We have to be very careful with our running order to make sure he isn’t singing lead on the song that follows his dancing. We have made that mistake before and were very fortunate that he didn’t pass out.”

The quintet makes sure every show takes their listeners on a journey and evokes a deep emotion within them.

“A good song speaks to your heart and requires no need for analysis. You know it’s good when you feel a connection without having to think about it.”

Walsh believes that the future of Irish folk is strong across the region.

“It is music that is remains in the hearts and minds of people across Ireland and the U.K. – it is still found in pubs across the country today.

“However, Celtic Music has been kept alive much better in America,” he continues. “Since the Gaelic Revival movement of the late 19th century and the early 20th century, it has been sustained by specialist music colleges, and that is largely due to people immigrating from Ireland in the 1700s with the music that they were familiar with.”

Despite the challenges of the COVID-19 pandemic on the lives and livelihoods of musicians, the band will be busy over the coming months.

“We will be drinking lots of Guinness. In all seriousness, Jimmy is just about to have his first child, which is incredibly exciting. We also have recently signed to work with Daniel O’Donnell’s manager, Kieran Cavanagh, to act as a Global Tour promoter and we have some exciting gigs lined up for the U.K. and the USA in 2022.”