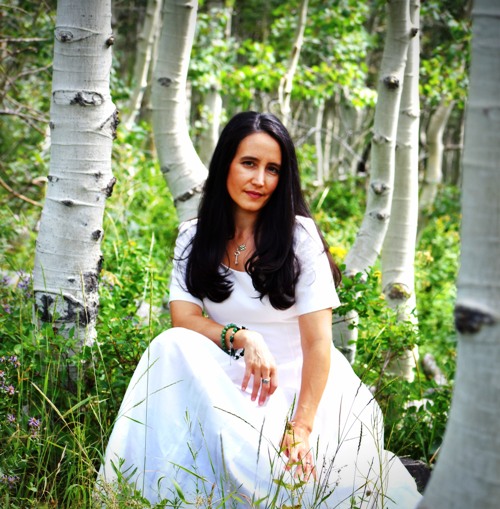 What is your own ethnic heritage?
My mother’s side is Welsh and English and my Father’s side is from Norway. I think I have a little of everything if you go back far enough…Irish, French, lots of European heritage. My mother loves to do genealogy and tell me who we are related to.

Where do you currently reside?
We live in the mountains outside Salt Lake City, Utah. I lived here about 13 years ago and now we are back in the mountains. We lived for about 12 years in the Nevada desert and loved it but the mountains were calling us.

When and why did you start playing music?
I’ve been playing/tinkering on the piano since I was very little. My mother is a beautiful piano player and so I wanted to be just like her. I started to write music when I was a teenager and then after college and after I met my husband James, I thought the time was right to record and put things properly together. It was always a huge dream. I started playing because it was something I did just for me.  A secret world and I loved the feeling of creating with the piano.  It takes me to other lands. 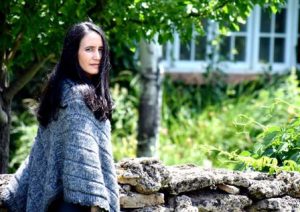 Are they the same reasons you do it today?
Yes! It’s my re-set button. I need music to function properly. It’s a little trickier now that I have 2 little kiddos but we have to force ourselves to make that time. But luckily the kids love music. Music is also how I can wrap my head around things, feel what is going on, and come to terms with things. It’s a teacher. It saves me in so many ways.

How have you evolved as an artist over that time?
I always thought I was an alternative rock type music person with a Celtic twist, but lately I find I’m more drawn to softer Celtic instrumentals and ballads. Which is why I chose to do “Scarborough Fair” I guess! I’m at a little quieter place perhaps. But I know things and come and go and some days it needs to be loud. I feel the need to be more thoughtful.

How would you describe your sound & style today?
I think I’m a little Celtic folk rock with some alternative mixed in. I’m drawn to Loreena McKennitt and Sinead O’Connor.

What are the challenges involved with the vocation?
We used to tour all the time. One show after the other (or it felt like it!) but now since we have kids I can’t travel as much. So that has changed. But I’m really at a happy place to record in our studio and have the kids experience that with us. Also, finding the time!

What are the rewards?
The big reward is when you do make that space and the magic happens and it all comes together for a song or album. I always have thoughts of the future and that keeps me on track. Looking forward. Putting out music, releasing it (in all kinds of ways) is very special. It feels magical.

What have been some career highlights?
Playing at so many places, meeting new friends and playing Renaissance Fairs and Celtic music festivals are always a highlight. The souls who come and listen are so kind.  We are so thankful. Also, just getting the opportunity to record the music. Industry wise, “Around You” which was a single of The Moon and the Fire Circle reached #7 on the FMQB AC Chart and the music as been featured in Media, TV and Motion Pictures. 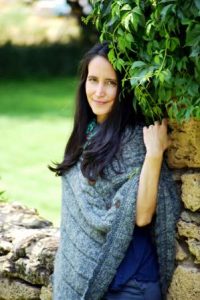 What went into recording Scarborough Fair?
Last year I wanted to make a big music project but as things got going this old English traditional song, “Scarborough Fair”, starting showing up all over the place for me. I have been spending a lot of time in green lush places lately and I started to imagine the woman in this song walking through the landscape. I heard her voice so clearly and I went to the piano and started to tinker out the first bit of the song. After looking up the right lyrics I discovered that the popular versions that we usually hear are a combination of both a man’s part and a woman’s part. I decided that I was going to sing just “her” part, so the lyrics I sing are the woman’s response to the man’s lyrics.  I imagine this couple is probably having a bump in the road in their relationship and are trying to get each other to do the impossible task to win back their love… but I sensed at the end both of them want to forgive, want to move forward, but perhaps their pride is in the way? I felt when I was recording “Scarborough Fair” (which was done piano/vocals together at the same time) I felt “her” soft vocals maybe gave the game away… maybe just a touch. I personally think true love prevails at the end. James Clark, my husband and co-producer, and I recorded “Scarborough Fair” at our studio, Red Rock Music Studios, with our new friend and engineer Dee Kei Waddell from Cold House Studios. Caroline Kemper ReidReynoso (who has played on pretty much every one of my albums!) played her amazing Celtic Harp which gave it the perfect “cherry on top”. Peggy Fernandez captured the beautiful visuals, I could hear the music singing through the trees and green meadows… down to “Scarborough Fair”.

Is your creative process more ‘inspirational’ or ‘perspirational’?
I would say inspirational. I have to be inspired to write. To go to the piano. To figure out what is going on or to see though a fog. Sometimes it takes time and sometimes it’s quick. Working on the piano brings me in balance.

What makes a good song?
I think if it’s true to you. I think there is room for so many types of songs for the mood you are in. But in writing, just be true to what you believe.

What are your thoughts on the current state of the Celtic music scene?
I love Celtic music so much and I’m discovering more and more. I think it’s actually pretty strong. Perhaps because of places like Pandora we can find great music we would have never heard of. Unknown artists are getting more play and through social media everyone can have a platform. 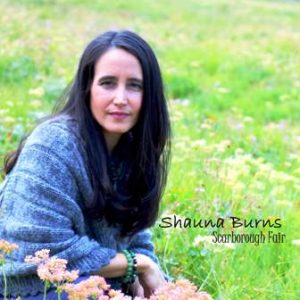 Is enough being done to preserve and promote Celtic culture generally?
I know when I travel to Ireland and the UK personally I get so immersed in the culture and magic of it all. It speaks to me so clearly. The ancient land and castles and old ruins.  The old stone walls. The green fields. When I write music or play something that feels Celtic it takes me to another time and place. I feel connected, almost like a bridge, between the past and present. It speaks to me and it feels familiar. It feels like magic.  So to preserve this, we can be open and vocal about how this is important.

How can this be improved?
In music, just keep singing and keep playing. Listen to the land, listen to what is being said, and play, play, play.

What’s on your agenda for the rest of 2017 and going into 2018?
“Scarborough Fair” is out now and then we will be promoting my Holiday album A Winter until the New Year.