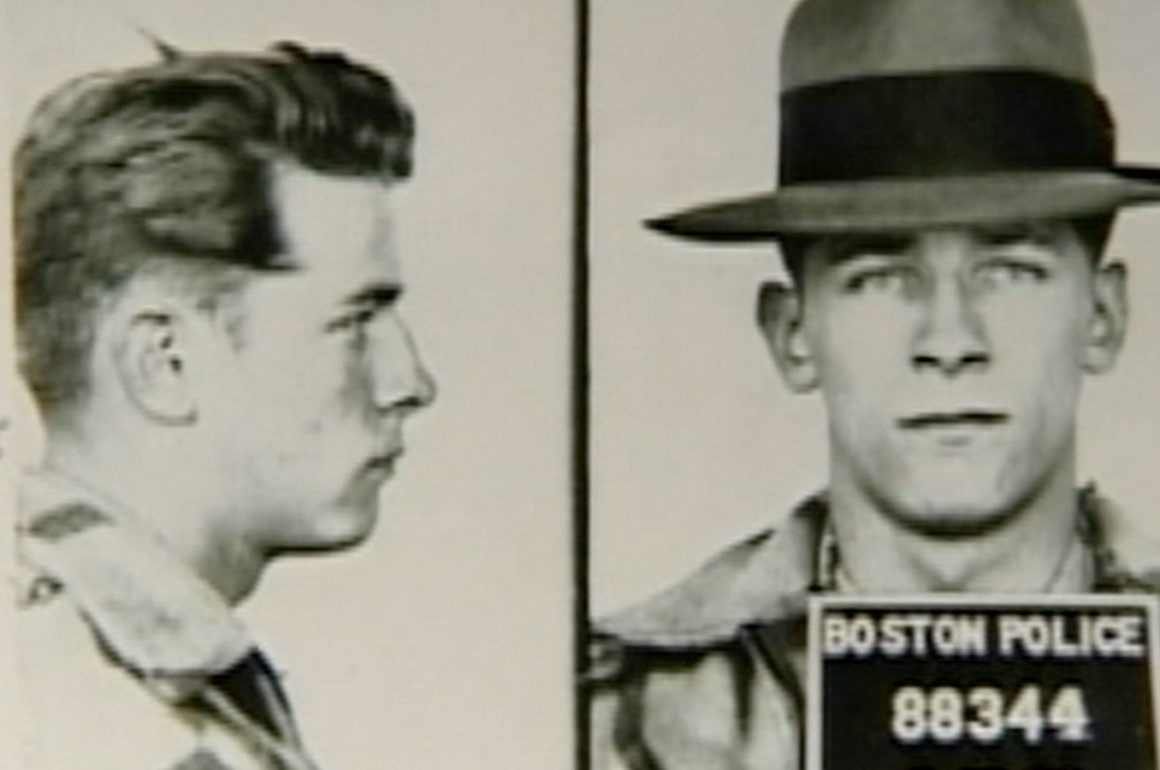 James “Whitey” Bulger embarked upon a life of crime at the age of 14 and had become a prominent figure in Boston’s organized crime scene by the late 1970s. From 1975 to 1990, Bulger also served as an FBI informant, tipping off the police to the Patriarca crime family while building his own crime network. After fleeing the Boston area in 1995, Bulger landed on the FBI’s “Ten Most Wanted Fugitives” list. He was captured in California in 2011 and faced numerous charges, including participating in 19 murders, money laundering, extortion and drug dealing. In August 2013, after a two-month trial, the notorious crime boss was found guilty of federal racketeering, extortion, conspiracy and 11 murders. That November, he was sentenced to two life sentences plus five years in prison.

Whitey Bulger was born James Joseph Bulger Jr. on September 3, 1929, in Dorchester, Massachusetts. One of six children born to Roman Catholic Irish-American parents, Whitey—a moniker he was given for his white-blond hair—grew up in a South Boston public-housing project. His father worked as a longshoreman. Bulger was a troublemaker as a child, and even lived out the childhood fantasy of running away with the circus when he was 10 years old. Bulger was first arrested when he was 14 years old, for stealing, and his criminal record continued to escalate from there. As a youth, he was arrested for larceny, forgery, assault and battery, and armed robbery and served five years in a juvenile reformatory. Upon his release, he joined the Air Force where he served time in military jail for assault before being arrested for going AWOL. Nonetheless, he received an honorable discharge in 1952.

After returning to Boston, Bulger embarked upon a life of crime. His offenses grew increasingly large in scale, culminating in a string of bank robberies from Rhode Island to Indiana. In June 1956, he was sentenced to 25 years in federal prison. He ended up serving nine years, including stints in Atlanta, Alcatraz, and Leavenworth. He returned to Boston to resume his life of crime. Bulger became an enforcer for crime boss Donald Killeen. After Killeen was gunned down in 1972, Bulger joined the Winter Hill Gang, where he quickly rose up in the ranks. A shrewd, ruthless, cunning mobster, Bulger sanctioned numerous killings, including the murders of Spike O’Toole, Paulie McGonagle, Eddie Connors, Tommy King and Buddy Leonard.

By 1979, Bulger had become a preeminent figure in Boston’s organized crime scene. That year, Howie Winter, the boss of the Winter Hill Gang, was sent to prison for fixing horse races, and Bulger assumed the gang’s leadership. Over the next 16 years, he came to control a significant portion of Boston’s drug dealing, bookmaking, and loan sharking operations. During this same time (from 1975 to 1990), unbeknownst to even his closest associates, Bulger was an FBI informant. Taking advantage of his brother William’s stature in the Massachusetts State Senate and childhood friendships that linked him to members of the police force, Bulger helped bring down the Patriarcas, a New England organized crime family, while simultaneously building a more powerful and arguably more violent crime network of his own.

In the spring of 1994, the Drug Enforcement Administration, the Massachusetts State Police and the Boston Police Department launched an investigation into Bulger’s gambling operations. In early 1995, Bulger and his associate, Stephen Flemmi, were indicted. Bulger, however, managed to slip through the authorities grasp. According to federal sources, Bulger’s FBI handler, longtime friend Special Agent John Connelly, tipped Bulger off to the 1995 indictment, allowing the criminal to flee with his common law wife, Theresa Stanley. Bulger returned a month later, after Stanley decided that she wanted to return to her children, but fled again soon after with a mistress, Catherine Greig. In 1999, Bulger was officially named on the FBI’s “Ten Most Wanted Fugitives” list, at one point being designated the bureau’s second most-wanted man, behind only Osama bin Laden. A $1 million reward was issued for providing any information leading directly to his arrest.

Bulger’s life on the run ended in June 2011, when he was caught and arrested in Santa Monica, California, after a 16-year manhunt. A tipster had notified the FBI that the 81-year-old fugitive and Greig had been living in a rent-controlled apartment as retirees. The FBI had the building manager lure Bulger to the garage of the apartment by telling him the lock on his storage locker was broken. In the garage, Bulger was surrounded by FBI agents and Los Angeles police officers. He initially insisted he was his alias, Charlie Gasko, according to FBI special agent Scott Garriola, until he eventually admitted: “You know who I am; I’m Whitey Bulger.” Inside the apartment, law enforcement found 30 guns, more than $822,000 in cash, knives, and ammunition, much of which was hidden in the walls. Greig was also captured and, in March 2012, she pleaded guilty to conspiracy to harbor a fugitive, conspiracy to commit identity fraud, and identity fraud. In June 2012, she was sentenced to 8 years in prison. Jury selection in Bulger’s trial began in early June 2013. Bulger faced a 33-count indictment, including money laundering, extortion, drug dealing, corrupting FBI and other law-enforcement officials and participating in 19 murders. He was also charged with federal racketeering for allegedly running a criminal enterprise from 1972 to 2000. On August 12, 2013, after a two-month trial, a jury of eight men and four women deliberated for five days and found Bulger guilty on 31 counts, including federal racketeering, extortion, conspiracy and 11 of the 19 murders. They found he was not guilty of 7 murders and could not reach a verdict on one murder. Bulger was sentenced to two life sentences plus five years in prison on November 13, 2013. According to the Chicago Tribune, U.S. District Judge Denise Casper told Bulger that “The scope, the callousness, the depravity of your crimes are almost unfathomable,” during his sentencing hearing. In August 2016, Bulger asked the United States Supreme Court to hear an appeal of his case. A petition to the Supreme Court, filed by Bulger’s attorney Hank Brennan, stated that Bulger should have had the opportunity to tell the jury that he was granted immunity by federal prosecutor Jeremiah O’Sullivan, who is now deceased. “Mr. Bulger’s decision not to testify was not voluntary, rather, the result of the court’s erroneous order that he could not raise the immunity defense or refer to his relationships with Department of Justice  officials including Jeremiah O’Sullivan in any form or fashion including his own testimony,” Brennan wrote in the petition.