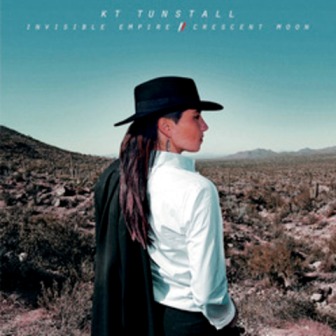 KT Tunstall comes of age with her latest release, Invisible Empire // Crescent Moon, a soft and stripped-down 13-song sojourn that showcases songwriting subtleties. From the opening arpeggio of the title-track to the closing chorus of Feel it All, the Scottish songstress sets a ‘less-is-more’ tone, highlighting bare-bones vocals and gentle guitar work with occasional accents of piano and percussion. Themes of travel, yearning, love won and lost, memory, joy and regret wrap like lyrical wisps of smoke around the listener’s inner-ear, calling to mind Daniel Lanois’ folky and masterful Acadie. While not everyone is on-board with the singer-songwriter trend of the last decade, there is no denying Tunstall’s gifts as a composer and arranger, nor that she’s got the goods to go the distance.

Come On Live Long
Everything Fall

The quirky Irish quintet hits all the right notes on their debut full-length recording Everything Fall, a terrific 10-track disc that touches on both traditional and contemporary influences. The lush harmonies of Wasteland and Mountains open the ears, before Little Ones slides softly by. Say Your Prayers and Berth are darker and atmospheric, while Cybil and Old Apart pay homage to the band’s Emerald Isle roots. Go is the only up-tempo tune here, and Billions testifies to the group’s ‘widescreen’ tag. Though shades of Snow Patrol, Stars and Arcade Fire sit like shadows, it is only because Everything Fall stands squarely on its own in the light of melody. Coupled with a cozy Aran sweater, this makes for a snuggly soundtrack to the autumn months.

Classic and contemporary come together on this lush and lovely collection of Scottish folk tunes. Guitar, fiddle, banjo, mandolin, bouzouki, bodhran, whistle and the uillean pipes blend seamlessly across Elements, creating a sonic spectrum that is both beautiful and breathtaking. In particular, Lonely Man, Indiana, Mother Nature and Take Your Time strike an emotional chord, at times soaring and at other times sensitive. Mickey Dam is playful, while Flying Through Flanders and Michael Hayes are more traditional in scope and style. The disk closes with No Ash Will Burn, a warm sing-a-long  that is equally at home around the hearth-fire or at last call. And through it all is McKenna’s soulful lilt, staking his claim as the heir apparent to Christy Moore and Van Morrison.

Progressive-metal band Eerie by day, this young and boisterous quintet from Quebec City moonlights as Celt-punks Irish Moutarde after-hours, cranking-out three chord rock with flash and fury. Following in the footsteps of The Dropkick Murphys and The Mahones, this debut release kicks out the jams with The Black Mill, The Cabin, LLL, and Farewell to Drunkenness. The Bear and the Maiden Fair is sheer cheer, as is The Wearing of the Green. Slower songs like Glasses to the Sky and The Fields of Athenry bring balance to the recording, while Olaf (sung en francais) is a fitting and rollicking tribute to the province’s pronounced Irish heritage. Good tunes and good times by a great band who will make their mark on the Celtic festival circuit.