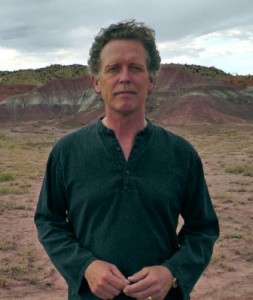 John Philip Newell has Canadian roots, Celtic ancestry, and often visits the United States but, although the spiritual leader and author is often on the move, his feet are firmly rooted in Celtic spirituality.

An ancient theology, Celtic spirituality emphasizes a love of nature, respect for art and travel, a sense of God as a personal presence and thin boundaries between the sacred and secular. Today, Celtic spirituality is becoming more relevant due, in part, to Newell’s influential works, which include Listening for the Heartbeat of God, A Celtic Spirituality; Sounds of the Eternal, A Celtic Psalter; and Christ of the Celts, The Healing of Creation.

Newell considers himself an articulator of the hopes and yearnings of the world. As he wrote in Christ of the Celts: “We can…be part of a new birthing within us and between us today. And the new birthing relates to the ancient song that we are invited to hear again…the more we become reacquainted with its music, the more we will come to know that the deepest notes within us and between us in our world are not discord. They form an ancient harmony.”

Newell grew up in Canada, and worked as a chaplain at Canada’s McMaster University. But, with an Irish father and a Scottish mother, he found his way back to Scotland in 1975 when he studied theology in Edinburgh.

Besides a stint at McMaster during the 1980s he’s lived in Scotland ever since. Between 1988 and 1992, he was Warden of Iona Abbey, along with his wife Ali who, like her husband, is a minister of the Church of Scotland. Newell said that it was during his time on the island of Iona that he came to appreciate the Celtic spiritual tradition as a rich resource. In his work, he’s tried to explore and apply the tradition’s insights.

Iona, where Newell still leads spiritual pilgrimages, was the site of St. Columba’s sixth century Christian monastery. Today, a restored medieval abbey and nunnery stand on the site. According to George MacLeod, the founder of the modern Iona community, Iona is “thin”; meaning it’s a place where the divide between the physical and spiritual worlds is narrow.

Newell said MacLeod doesn’t mean that everywhere else is thick.  It’s just that in some places we are more aware of the presence of God. He said that thin places are given to strengthen and bless us, to renew our perspective and to make us more aware of the thinness in our surroundings.

Newell identified other thin places, such as the desert landscape of New Mexico where he leads spiritual retreats. These wild places bring him into closer communion with the Creator. He said it’s not the outer reality of these places that makes them thin but rather his inner response to them.

This is a theme that Newell focused on in his book, Praying with the Earth: A Prayer Book for Peace, which features words from the Jewish, Muslim, and Christian traditions. His own writings are a response to the themes he hears in these traditions. His newest book is titled, A New Harmony: The Spirit, the Earth, and the Human Soul, a sequel to his Christ of the Celts. The earlier book focused on the ancient understanding of Christ, while the new one focuses on the Spirit.

He is also working as Writer Theologian for the Scottish Cathedral of the Isles and Companion Theologian for the American Spirituality Centre of Casa del Sol (Ghost Ranch, New Mexico). He is co-founder of the non-profit organization Salva Terra: A Vision towards Earth’s Healing and, in 2011, he received the Contemplative Voices Award from the Shalem Institute in Washington DC.

Newell sometimes fantasizes about being a full-time writer, but the thought is fleeting because he receives so much from the people he teaches. He sees these interactions as confirmation of his connection to the work of the Spirit in the western world. He considers this a gift, something to keep in mind as he boards yet another airplane.