Faithless, the cinematic debut from Ulster-born actor and filmmaker Steve McCarten, will premiere at this month’s Cannes Film Festival.

Born to a Catholic mother and a Protestant father in Northern Ireland, McCarten was raised “during the height of the troubles.”

“So, a few hairy moments growing up, from what I’ve been told,” he shares via email from his current residence in the English seaside resort of Bournemouth, Dorset.

McCarten began his acting career starring as a cloud in his school’s nativity play. His next stint was some years later at Carshalton College – in a somewhat larger role – as the lead in The Real Inspector Hound by Tom Stoppard. 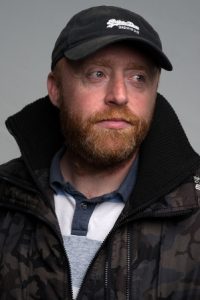 “I’ve always enjoyed performing but life had a habit of getting in the way,” he notes. “I actually left that dream behind around the age of 17, when my family immigrated to the United States. There was nothing near me that could suffice, as we lived way out in the sticks, and for a city boy who was used to walking 20 minutes to get into downtown Belfast, it was a hell of a culture shock.”

That dream wasn’t left behind for good, however. After a year and a half in America, McCarten returned to his native Ireland. He later attended Bournemouth University in England, where a conversation with two men at the campus bar helped turn his dream into a reality.

“That was when I met my buddies Keith (Farrell) and Big Gay Al,” recalls McCarten fondly. “Keith and I have become great friends, and it was him that I have to thank for reigniting the flames for the arts and film. He was studying for his Masters in film and TV production and needed an actor to take part in a dramatic reconstruction of the English civil war, but seen through the eyes of a nightly news program-type of affair.”

McCarten jumped at the chance, and before long he was helping out with Farrell’s productions on a regular basis, leading to an audition for a production of Tennessee William’s Pulitzer Prize-winning play A Streetcar Named Desire at the Lighthouse Theatre. He was given the role of Mitch, and remembers the ovation he and his fellow actor got following the ninth scene.

“Nicole Faraday (who played Blanche) and I had just smashed an intense and very emotional moment, and the audience erupted into a massive round of applause for the scene end – never mind the whole play. That was special.”

Since then, McCarten has spent the last dozen years involved with a variety of productions for both stage and screen. The idea of directing piqued his interest in 2010, and he began working on the production side of things. He started as a crewmember, making his way up to first assistant director and, most recently, director.

His creative process, he explains, involves both inspiration and perspiration.

“The initial spark is definitely inspirational, and then there’s a steady decline into madness, fear and insanity as you realize you’re opening up a big box of whoop-ass. Then you have a period of blind panic, and once when that settles down you start putting the hard work in and getting it into a place where you can start talking to people about it.” 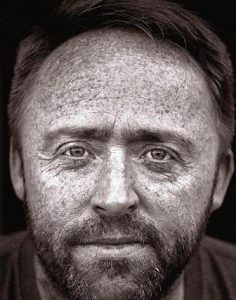 McCarten has few qualms about the film industry in Ireland – he believes it is in great shape, and the future is bright – however, he says that there is always room for improvement.

“There needs to be more inward investment for new and upcoming filmmakers. I also think the Irish Film Board are missing a trick when it comes to directors like myself who qualify for funding because we are Irish, but then don’t qualify because we live outside of Ireland, even though the film we want to make would involve Irish locations, actors and crew.

The short film version of Faithless is slated to screen at the Cannes Film Festival this month, as well as at other festivals around the world. Once he is done with making the festival rounds, McCarten plans to buckle down and put the finishing touches on the full-length feature. He hopes to begin shooting later in the year. In addition, he is negotiating to get onboard as a line producer two more films over the coming months; one in Toronto, and the other in Mexico.

“In the meantime, I continue to produce and shoot a whole host of commercial and corporate films to keep the wolves away from the door.”