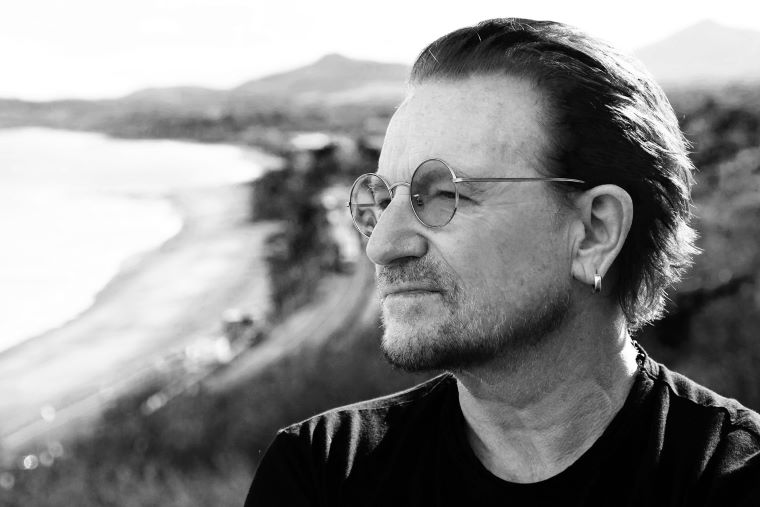 U2’s front man Bono has released his memoir recalling growing up in Dublin and the path to musical success. Read more here;

Bono – artist, activist and the lead singer of U2 – has written a memoir, Surrender, that has just been published by Penguin Random House.

As one of the music world’s most iconic artists, Bono’s career has been written about extensively. But in Surrender, it’s Bono who picks up the pen, writing for the first time about his remarkable life and those he has shared it with.

In his unique voice, Bono takes us from his early days growing up in Dublin, including the sudden loss of his mother when he was 14, to U2’s unlikely journey to become one of the world’s most influential rock bands, to his more than 20 years of activism dedicated to the fight against AIDS and extreme poverty. Writing with candour, self-reflection, and humour, Bono opens the aperture on his life – and the family, friends and faith that have sustained, challenged and shaped him.

Surrender’s subtitle, “40 Songs, One Story,” is a nod to the book’s 40 chapters, which are each named after a U2 song. Bono has also created 40 original drawings for Surrender. An animated video, narrated by Bono and based on some of his drawings illustrates an extract from the “Out of Control” chapter, in which Bono tells the story of writing U2’s first single on his eighteenth birthday.

Bono says: “When I started to write this book, I was hoping to draw in detail what I’d previously only sketched in songs. The people, places, and possibilities in my life. Surrender is a word freighted with meaning for me. Growing up in Ireland in the seventies with my fists up (musically speaking), it was not a natural concept. A word I only circled until I gathered my thoughts for the book. I am still grappling with this most humbling of commands. In the band, in my marriage, in my faith, in my life as an activist. Surrender is the story of one pilgrim’s lack of progress … With a fair amount of fun along the way.” 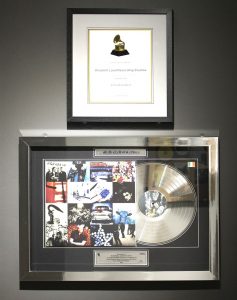 The places that influenced Bono include many across Dublin, from the Mount Temple Comprehensive School in Clontarf, where the four members of U2 first came together, to the Bonavox hearing aid store on North Earl Street, which inspired Paul Hewson to adopt the name ‘Bono’.

U2 fans can visit the band’s old Dublin haunts by following the U2 walking trail.

The trail takes in Croke Park, the country’s largest stadium, which the band has sold out many times since The Unforgettable Fire tour back in 1985. While there, don’t miss the Skyline Tour that takes you along a 17-storey-high walkway with spectacular views over the city.

A stop at Hanover Quay Studios, where U2 recorded for over 20 years, is a must. It’s closed down now but the building is decorated with graffiti in praise of the band. Not far away are Windmill Lane Recording Studios, where you can take a tour of the hallowed space where top artists from U2 to the Rolling Stones have recorded.

Baggot Street near Dublin’s famous St Stephen’s Green is the site of the Baggot Inn (now a Mexican restaurant) which played an important part in the U2 story as it was there in 1978 that the fledgling group got their first residency.

The Clarence Hotel on Wellington Quay was a favourite haunt of the band and is now owned by Bono and the Edge. U2 performed their hit Beautiful Day on the hotel roof for BBC’s Top of the Pops in 2000 and crowds of people gathered along the River Liffey to catch a glimpse of the band playing.

Other Dublin spots are memorable for having appeared in U2’s videos.

Fitzwilliam Square with its elegant Georgian houses was the shooting spot for the song The Sweetest Thing. And from Sandymount Strand in Dublin Bay you can see the views captured in the opening of the video for Pride (In the Name of Love).

For more insight into the band’s career visit The Little Museum of Dublin where there is a permanent exhibition to honour them. U2: Made in Dublin is a fan-curated exhibition featuring memorabilia including signed albums, photos and a Trabant car painted by Dublin artist Maser inspired by the Achtung Baby album.