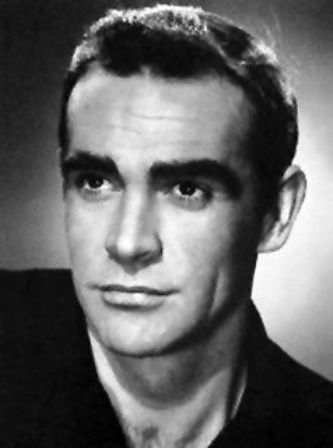 Sean Connery; Born in Fountainbridge, Edinburgh, Connery is by far and away the most famous Scottish actor of our time. An actor and producer who has won multitudes of awards for his work, he is best known for his roles in seven “James Bond” films, “The Untouchables,” “Indiana Jones and the Last Crusade,” “The Rock” and “The Hunt for Red October.”

Brian Cox; Born in Dundee, Scotland, Cox is well known theatrically for his work with the Royal Shakespeare Company. In film, Cox has played a wide variety of roles, including parts in “X2,” “Rushmore,” “Braveheart,” “Troy” and the TV mini-series “Nuremberg.”

William “Billy” Connolly; Born in Anderston, Glasgow, this welder-turned-folk-singer-turned-comedian has kept audiences’ attention with his varied repertoire since the 70s. In film, he is best known for his appearances in “Indecent Proposal,” “Mrs. Brown,” “The Last Samurai,” and “The Boondock Saints” and its sequel “All Saints Day.”

Ewan McGregor; Born in the Pert Royal Infirmary and raised in the small town of Crieff, McGregor gained a huge following after he appeared in films like “Trainspotting,” “Moulin Rouge!” and as young Obi-Wan Kenobi in the “Star Wars” prequel trilogy.

Gerard Butler; Born in Paisley, Scotland, Butler began acting in the mid-1990s, but only recently came into fame when he appeared in the title role of the theatrical version of “The Phantom of the Opera.” His appearances in “300,” “P.S. I Love You” and “RocknRolla” solidified his spot in Hollywood. Coincidentally, it was after seeing a stage production of fellow Scot Ewan McGregor’s film “Trainspotting” Butler felt inspired to make the move to acting.

Robbie Coltrane; Born in Rutherglen, South Lanarkshire, Coltrane, despite his wide resume, is undoubtedly best known the world over for his role as Rubeus Hagrid in the hugely popular “Harry Potter” film series.

James Cosmo; Born in Clydebank, Scotland, Cosmo has appeared on film and television since the 1960s. He is likely best known for his roles in “Braveheart,” “The Lion, The Witch and the Wardrobe,” as well as appearing with two fellow Scots in films “Trainspotting” (Ewan McGregor) and “Troy” (Brian Cox).

James McAvoy; Born in Port Glasgow, Scotland, McAvoy’s bigbreak came in the form of the acclaimed miniseries “Band of Brothers.” He followed this with some of his best known work: “The Lion, the Witch and the Wardrobe,” “The Last King of Scotland,” “Atonement” and “The Last Station.”

Billy Boyd; Born in Glasgow, Scotland, Boyd’s filmography isn’t overly lengthy, however, he is well-known for his role as the hobbit Peregrin “Pippin” Took in the famous “The Lord of the Rings” trilogy directed by Peter Jackson.