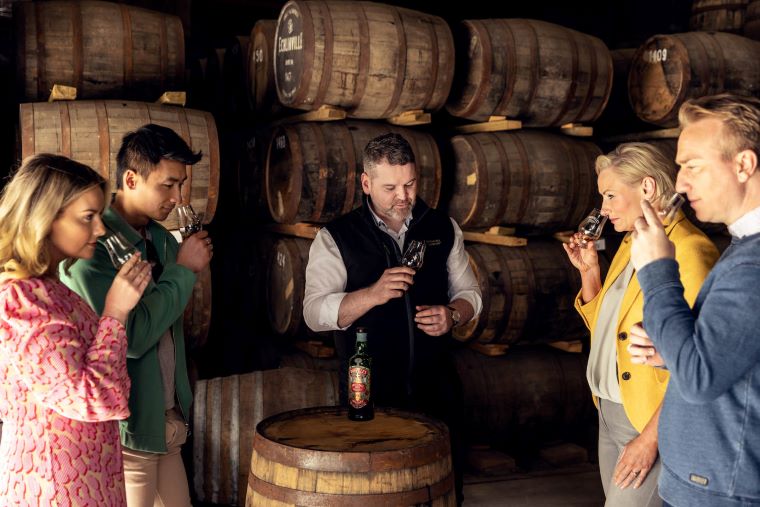 American scribe Mark Twain once wrote, “Too much of anything is bad, but too much good whiskey is barely enough.” He was not alone in his passion for the good spirit – below are ten of our favourite whisky drinkers.

Whisky and water in a highball glass was Winston Churchill’s drink of choice. Considered one of the greatest British leaders of all time, Churchill’s habit started when he travelled to Africa and found the water unbearable. He said, “The water was not fit to drink. To make it palatable, we had to add whisky. By diligent effort, I learned to like it.”

Françoise Sagan, the French novelist, most famous for her 1952 teenage debut, Hello Sadness, was famed for her love of whisky and other methods of escape. One of her most famous quotes is, “Whisky, gambling and Ferraris are better than housework.”

Best known for his novel Fear and Loathing in Las Vegas, Hunter S. Thompson drank everything. But whisky was his lifelong love. He once described himself as “a lazy drunken hillbilly with a heart full of hate who has found a way to live out where the real winds blow―to sleep late, have fun, get wild, drink whiskey, and drive fast on empty streets with nothing in mind except falling in love and not getting arrested.”

During a concert in Ireland, singer Lady Gaga dedicated a song to “my longtime boyfriend Jameson”, who was “always there for me when I need him”. She was referring to her favourite drink, Jameson Irish Whiskey. “I have made so much of my music with Jameson. I’m not being paid a cent to advertise the whiskey… I should be. The whiskey has made my new songs,” said Gaga swigging from a bottle of the whiskey on stage. Mark Twain, the American author of classic tales such as The Adventures of Tom Sawyer and The Adventures of Huckleberry Finn proclaimed his love for whisky by saying, “Too much of anything is bad, but too much of good whisky is barely enough.” Another of his more famous lines is, “Whisky is for drinking; water is for fighting over.”

Clark Gable, one of the most noted American actors of all time, was well known for his love of whiskey. He was an early celebrity endorser of Jim Beam whiskey in the mid-1970s and also famous for on-set pranks where he would substitute non-alcoholic drinks with whiskey, much to the surprise of his fellow actors.

Senior Ministry of Defence officials revealed that royal playboy Prince Harry was banned from drinking whisky shots while flying his Apache helicopter. Top brass told the partying Royal to curb his in-flight Glenfiddich addiction on the Apache pilot course or risk being dropped.

Popular Japanese novelist Haruki Murakami best known for Hard-Boiled Wonderland and End of the World said, “Whiskey, like a beautiful woman, demands appreciation. You gaze first, then it’s time to drink.” An empty box of Cutty Sark serves as a plot device in his novel The Wind-Up Bird Chronicle.

Actress Amanda Seyfried told Dave Letterman, “I have to go on record saying I’ve never done a live television show – after noon – without some kind of liquid courage. I’m a big fan of whiskey. Russell Crowe gave me some Midleton for my birthday and I had some of that before I got here. And then your lovely colleagues had some Jameson waiting for me [backstage].” In an interview with ABC News, Seyfried said she uses whisky, honey and lemon to cure colds.

Rockstar Kid Rock likes whiskey so much that he has often partnered with Jim Beam Bourbon Whiskey on his concert tours.