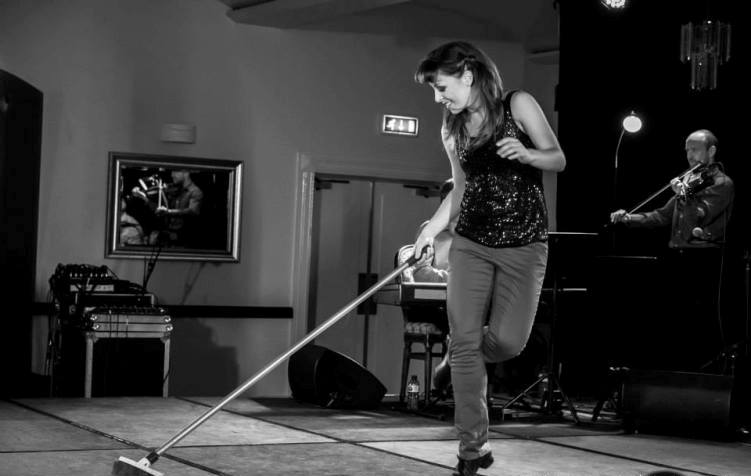 Prague-based Tereza Bernardova is a passionate advocate of Irish dance, both as a performer and through her school, inSpiral Dance Company.

Through inSpiral, Bernardová, 32, also works outside the Czech Republic, furthering Irish dance elsewhere in Europe. It is the latest satisfying step in an artistic path that first bloomed when she studied at Galway’s Hession School of Irish Dance and, later, at the University of Limerick, where she gained an MA in Irish dance.

She says that her years in Ireland were integral to her development.

“Especially on the west coast, dance is breathing at you from every corner. It had a huge influence on my later dance career.”

Bernardová’s youthful talent and enthusiasm won her a myriad of medals and roles in Irish dance productions. She competed in the World, All Ireland and Great Britain Championships, becoming Connacht Champion in 2009. She also appeared on a variety of TG4 (Irish public television) programs, including Féilte, An Samhraid Linn, Gradam Ceoil and Step Beo.

Dancing professionally, she shares, was a thrill. 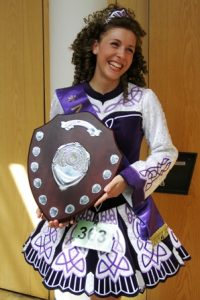 “I never even dared to dream about dancing in a real Irish dance show. So, I felt extremely lucky when I was asked to alternate with seannós dancing queen Emma O’Sullivan in the touring production of Rhythm of the Dance.”

Tours of Europe with the show Ragús followed, where she danced both seannós and troupe choreographies.

“To top it all, I had the pleasure of performing with Pulses of Tradition. We performed in the beautiful venue of Triskel Christchurch in Cork City. We also represented Cork City in France and Scotland.”

Surprisingly, Bernardová came to Irish dance relatively late. She didn’t commit to the genre until age 16, although she had already started tap and jazz-contemporary lessons five years previously.

“With Irish dance, I just happened to be in the right place at the right time – several times. When I was about 14, my father came home with an advert for Irish dance lessons and asked me to go with him to check it out.”

She enjoyed the class, and soon after saw Riverdance on video. She found the show spectacular, but was enjoying her other dance classes too much at the time to make the switch. After all, Irish dance was little known in the Czech Republic in the mid-1990s.

Things changed for Bernardová when she joined an Irish dance club along with her father, older sister and mother.

As with elsewhere, interest in Irish dance in the Czech Republic began blooming around the start of the century.

“We started to discover what the genre had to offer. I think the same thing was happening across the rest of the continent. Certainly, the number of people taking Irish dance classes has been up ever since, and the average age of participants has lowered.”

Bernardová always wanted to start her own school, and she realized that dream in 2013 when she co-founded inSpiral with fellow dancer Andrej Mikulka.

“I respect tradition. When I teach both seannós and step dancing I try to say something about the style and its character. As a performer, I tend to bring in extra bits from other styles depending on the type of event.”

Although inSpiral is based in Prague, she also teaches classes and workshops in other Czech cities. As well, she works with dancers in Germany and Finland, leading weekend workshops. In Finland, the school connects dancers in several cities.

She notes that Celtic culture is now celebrated year-round in the Czech Republic.

“There are local Irish bands, dance groups, and concerts and annual festivals.”
Competitive step dancing is currently very popular in her homeland also.

“Set dancing and seannós dancing have been enjoying a revival for a number of decades in Ireland, and that wave is now travelling across Europe.”
Bernardova is currently studying a two-year program in basic dance pedagogy in Prague’s Academy of Performing Arts (HAMU), and remains focused on growing her school.

And though she is proud of her own heritage, Ireland retains a special place in her heart.

“Irish people are very proud of their culture – they like to gather to play a few tunes, sing songs, dance, and enjoy some good craic. These days, that culture is recognized around the world. For whatever reasons, I find it all so alive and fascinating.”