THE ART OF HIGHLAND DANCE 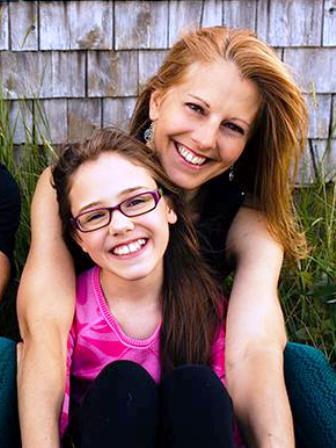 Highland Dance has evolved over hundreds of years into a notable expression of Celtic Culture. Along with pipe bands and heavy weight competitions, the dance has long been an integral part of Highland Games around the world.

In early days, Highland Dance was a type of social performance in Scotland, with steps and dances being passed down through generations. When the Highland Games became a popular event in Scotland, the dance changed its format and became more standardized. Particular dances were chosen for competition and some older styles were left behind.

With recent changes being made to the instructional programs at The Gaelic College of Celtic Arts in Cape Breton (one of the oldest schools of its kind in Canada) issues regarding the history of Highland Dance have come to light. It is believed that the dance made its first formal introduction to the College in 1939. ‘Dance Masters’ from Scotland were brought over to teach. Due to their many influences, the Highland Dancing they presented supposedly had a new look from its original form.

Contrary to certain beliefs, Highland Dance did exist on our island, and elsewhere in Canada, before the College offered instruction. A few elderly Cape Breton dancers tell that Highland Dance was taught in Sydney Mines in the early 1930s by a couple of ladies in their homes. Some of their students competed at the first annual Gaelic Mod at the College (1939-1940). A cousin-in-law told me she and her sister danced in a similar ‘but not as neat’ fashion in Inverness from the early 1920s. This connection with our Highland Dance history seems to have gone undiscovered and requires further examination. A few of the elders I have spoken with have never been asked about their dancing background.

The Antigonish Highland Games began in 1863, and has the longest running history after the Games in Scotland. The style of dance at these Games would have been relatively the same as that at the Scottish Games and at the Gaelic College in 1939.

In the 1980s, Highland Dance competitions started to offer choreography portions which has become a set event at the annual Highland Dance Canadian Championships, with dance teams from all over the world competing. These followed along well for performance-based troupes, such as the Scotia Highland Dancers (Antigonish), Amethyst Dancers (Halifax) and Damhsa Breacan (Sydney Mines).

Since then, Highland Dance troupes have been popping up all over the world; it has allowed for more freedom of movement, expression and musicality in a style of dance that is otherwise very technical. I would conjecture that this why so many dancers currently have more longevity and interest in the dance.

The evolution of contemporary bands, such as The Barra MacNeils, The Rankin Family, Slainte Mhath, Shooglenifty and Beolach, has allowed for a musical digest that continues to promote the Celtic style and adds a fun flair for the dancers. As with the evolution of the bagpipes and fiddles from kitchen céilidhs to pipe band performances, Highland Dance has followed suit and made choreography that is more stage appealing and eclectic.

Highland Dance is a very athletic form of dance, requiring much agility and strength, and many hours of practice. Choreography has provided other avenues for those not necessarily keen on competing or those who want to be more creative with costumes, music and steps. It has allowed for freedom of interpretation.

The world of Highland Dance and pipe bands is truly a lifestyle. If dancers and pipers want to travel, they can find a Highland Games to attend every summer weekend in the Maritimes, the country or the world. For many, making a trip overseas to the World Pipe Band Championships (Glasgow Green) and the World Highland Dancing Championships (Dunoon), it is the highlight of their careers.

Many attend Highland Dance classes to continue a familial tie for future generations. Some choose to attend to get in shape; others choose to compete mildly or as part of a career and lifestyle. Some choose to perform and tour; others want to win coveted Canadian or world titles.