The Beast of Dufftown 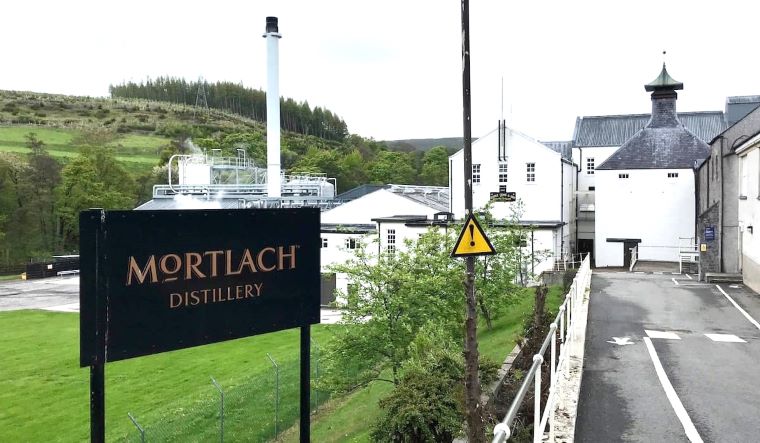 Rome was famously built on seven hills, whereas the Scottish town of Dufftown was built on seven stills, a reference to the whisky boom in the closing years of the 19th century when the town had seven active distilleries. Today there are but six surviving distilleries in the area, though a total of nine have existed at various times. Even so, Dufftown still produces more single malt whisky than any other town or city in Scotland, and it can rightly claim the title of the Malt Whisky Capital of Scotland. It doesn’t hurt that the lion’s share of this comes from two of Scotland’s largest and most famous distilleries, Glenfiddich and Balvenie.

Dufftown’s first licensed distillery was Mortlach, which opened in 1823. It took its name from the ancient town and historic parish of Mortlach, which was absorbed by the town of Dufftown when it was established in 1817 as a planned settlement. Though the town was new and modern, the village of Mortlach was ancient, tracing its origins to the 7th century and the founding of an Abbey by Saint Moluag.

By the 1820s, illicit distilling was rife in Scotland, with an estimated 14,000 stills confiscated annually. Most rural properties, especially in the Highlands, would have one so that they could use it to convert their agricultural produce into a more easily traded commodity. In an effort to tax the burgeoning whisky trade and make it easier to produce whisky legally, the Excise Act was passed in 1823, which sanctioned whisky production in return for a “a licence fee of £10, and a set payment per gallon of proof spirit.” It is not surprising, therefore, that many distilleries like Mortlach opened or decided to go legit at this time.

The distillery had many owners in its first couple of decades, including, for a time, the Grant brothers of Glen Grant Distillery fame (not to be confused with the Grant family who would go on to found Glenfiddich and Balvenie.) It was under the ownership of George Cowie, a railway surveyor and later mayor of Dufftown, in the 1950s that the distillery’s well-regarded whisky became a sought-after component for blenders. 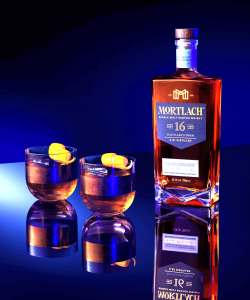 Cowie’s son Alexander joined his father in the business in 1895 and is credited for Mortlach’s famous but unusual production technique, which results in a spirit 2.81 times distilled. This involves a small still (famously known as “The Wee Witchie”) triple distilling the heaviest portion of the first run, known as ‘weak feints.’ Distillation at Mortlach runs unusually quickly, with condensation taking place in cold worm tubs. All of this is done with an eye to reducing copper contact and encouraging a heavy, meaty, and sulphury profile.

In 1897, during a whisky boom, the distillery expanded from three to six pot stills, an unusually large number for the era. That same year a railway siding was added, linking it to the Dufftown railway station, and a year later electric lighting and a hydraulic lift system for raising casks were added, making it a very modern distillery.

Mortlach’s robust style has led to its nickname, “The Beast of Dufftown.” This profile has made it the darling of blenders for over 150 years, who use it to add weight to their blended Scotch whiskies. Understandable, then, when Alexander Cowie sold the distillery in 1923, it was to John Walker & Sons. A few years later John Walker & Sons became part of Distilleries Company Ltd., which was itself an eventual forebearer of Diageo, the world’s largest drinks business.

Even though the vast majority of its production has long been dedicated to Blends, Mortlach has enjoyed a devoted following among single malt enthusiasts. Independent bottlers – in particular Gordon & MacPhail – did much to build its reputation. In the early 2000s, a 16-year-old Mortlach from Diageo’s Flora & Fauna range was released, though not widely distributed. Interest in the brand encouraged Diageo to launch a core range of official bottlings in 2014, but they didn’t quite hit the mark (mainly due to pricing.) A new official range consisting of 12, 16, and 20-year-old Mortlachs was launched in 2018 and has been much better received. The 16-year-old, especially, is a very decent dram, in my humble opinion.

Gordon & MacPhail’s relationship with the distillery is worthy of special note, as it goes back at least 85 years, if not longer. Mortlach is one of the whiskies in G&M’s Distillery Labels range which originated at a time when few distilleries bottled whisky under their own label. Two Gordon & MacPhail bottlings of Mortlach, a 70-year-old in 2008 and a 75-year-old in 2015, were respectively for a time the oldest whiskies ever bottled. That is, until 2021 when they bottled another whisky from their Distillery Label range, an 80-year-old Glenlivet! ~ Story by Andrew Ferguson