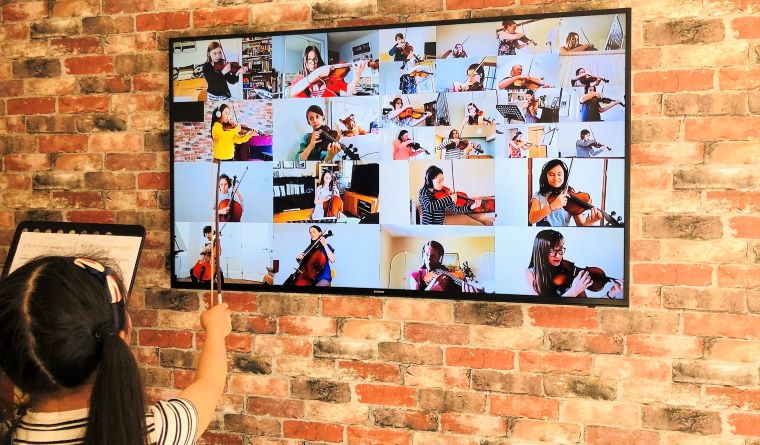 The Benedetti Foundation, which was founded by Scotialian violinist Nicola Benedetti in 2019, “puts on transformative orchestra and musicianship-based workshops for young people, students, teachers and adults that showcase what music education at its best can look and feel like,” says the organization’s Director Laura Gardiner.

Gardiner grew up on the coast of Southwest Scotland. She was given a violin when she was only three years old and has been playing ever since. Later, she attended Leeds University to study music, before receiving a postgraduate diploma at the Royal Northern College of Music. “I think I knew I always wanted to teach from quite early on in my life. I would say my main inspirations in my early teaching career have come from my first teacher Brenda Smith, and from the founder of the National Children’s Orchestras of Great Britain, Vivienne Price.”

Brenda Smith was also Benedetti’s first violin teacher. In addition, Gardiner and Benedetti attended elementary school together. As it turned out, both took to teaching. Gardiner taught private viola and violin lessons while working as a schoolteacher in Lincolnshire, England, but teaching music eventually took precedent. “I hoped to create a similar musical community to that which I had grown up in for young people in this area,” she says. As a result, she founded The Oasby Music Group in 2013.

“As I established my teaching practice, I began to take my students to (Nicole Bendetti’s) concerts, and we got chatting about what we were both seeing happening with music education,” explains Gardiner. This led to her taking on the part-time role of Education Director at the Benedetti Foundation, “but very quickly as the Foundation grew, I became full-time and moved into the role of Foundation Director in April of 2020.”

Also in 2020, the organization launched its first virtual sessions. Musicians from all parts of the world, at all levels of experience, had the opportunity to participate in online workshops and tutorials during the month of May. 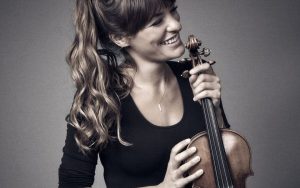 “We were overwhelmed with how well the sessions went over Zoom and it soon became apparent that we were able to reach so many more people this way,” adds Gardiner, noting that more than 7,000 people from 66 countries participated.

More virtual sessions followed, including the Global Violin Sessions the following November. “Mini Sessions” also became part of the online offerings: shorter, focused workshops taking place throughout the year. Since January 2020, the Foundation has met with more than 20,000 participants from 84 countries.

“The traditions of Scottish/Celtic music are undoubtedly still popular. We are excited to expand our Global Violin Sessions to explore more of these folk traditions this year,” continues Gardiner. “Many of our Mini Sessions warm-ups have been known to begin with some fiddle tunes!”

At the time of interview, the Foundation was running its latest set of virtual sessions called Building Foundations: Exploring the Physicality and Psychology of Playing.

“The Sessions will help participants to address their physical and psychological foundations and the majority of the content is open to players of any instrument,” explains Gardiner. “The sessions are intended to complement participants’ individual lessons or group tuition.”

Although she acknowledges that the pandemic has hit the performing arts especially hard, the online sessions have had their upsides. For example, there has been a much larger influx of adult learners than the Foundation has seen in the past.

“Nothing will ever replace the live experience, but we will now always look to a blended approach and find ways of having people physically present (once we are allowed to!) and accessing virtually. The live sessions will become an addition to our consistent, all year-round online work.”

For Gardiner, the rewarding aspects of her work are “all about the people.”

“Through the Benedetti Foundation, we have met thousands of young people, teachers, students, and adult learners whose enthusiasm, commitment, and dedication to music education is remarkable. Our ethos is to unite, inspire, and educate.

“From seeing familiar faces on the screens, to hearing from parents, carers, and teachers about their young people growing in confidence as human beings, feeling happier, becoming more curious and inquisitive, committing more to their musical development, interacting more freely, improving their mental health and making new friends because of our sessions – this is why we do what we do. We know how much joy there is to be had from making music together.”