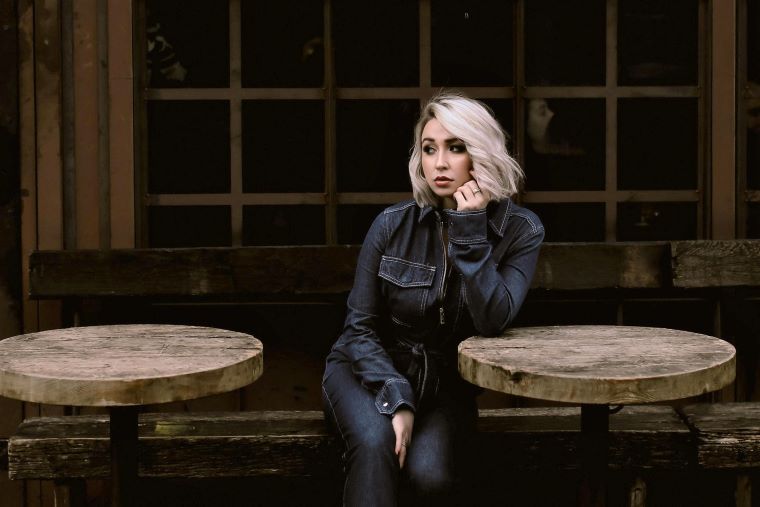 It is no surprise that Scottish singer-songwriter Ainsley Hamill found a vibrant career in music. Born in the small village of Cardross on the River Clyde, Scotland, Hamill began piano lessons at the age of seven.

“I learned from a very talented woman from Cardross, Rosemary Wilson,” she says from her home in London. “She has been an incredible inspiration to me over the years, encouraging me to write and compose my own material. It was through Mrs. Wilsons summer concerts that I was asked to do my first gig at the Cardross ceilidh when I was quite young.”

Over the years, Hamill’s love of melody and rhythm was nurtured through music and dance lessons. She credits the likes of Tina Turner, Shania Twain and The Eagles as some early influences, and adds that her reasons for playing music have largely stayed the same since the start.

“I would like to think that there has been a natural evolution since I ran around the house singing Glasgow St. songs as a youngster. My signing style has certainly evolved over time, probably due to being more comfortable with myself and not caring so much about the thoughts of others. I have always loved to sing Scottish songs.”

After completing her studies at The Royal Conservatoire of Scotland, Hamill began working as a solo artist and as part of Glasgow-based trad band Barluath. In December of 2019 she released her first solo effort, an EP titled Belle of the Ball.

She admits that she still struggles to describe her sound.

“It is hard to define yourself and see yourself as others see you. It is a funny thing because a lot of people would place me within the folk genre, but others would say I have a jazz and pop influence. From my perspective, I am just me, it’s hard to put a label on it.” 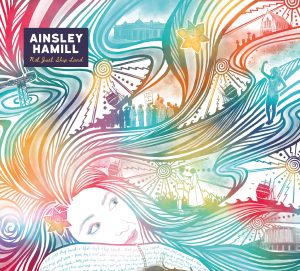 The songsmith will release her debut full-length album, Not Just Ship Land shortly. Hamill describes the eight-tune recording as a “mammoth project” that took her roughly two years to complete.

“The songs are based on the mostly forgotten and uncelebrated people and places of Govan, here in Scotland. Four songs were arranged for string orchestra and the remaining four had tracks built around them to create soundscapes containing guitars, piano, keys and sampled sounds. I worked alongside Malcolm Lindsay who arranged and played on the tracks. I also had Yvonne Lyon on backing vocals and the Czech Studio Orchestra conducted by Mikel Toms playing the string parts. The project started as a commission to write songs about Govan and I took much inspiration from a wonderful group of Govanites called The Govan Reminiscence Group.

“Each track has it is own individual identity, and I feel connected to the characters and places.”

The album includes several notable tracks, including the title track – the last song written for the album – and Belle of the Ball, which also appeared on her EP of the same name.

Although it is still early days, the recording has already received strong praise from listeners.

“The response to the album has been incredible. I love hearing people’s connection to Govan – folks who have reached out after listening to it. I recently connected with the Great Niece of Belle Moore which was a lovely experience. It really brought Belle to life for me. It has also been wonderful to be featured as Folk Album of the month in the Guardian and other such publications.”

Hamill feels confident about the future of Celtic music, even with the ongoing COVID-19 pandemic and resulting lockdowns.

“Scottish musicians are releasing incredible music these days. Some of my favourites are Vincular by Ron a Jappy, which I had the pleasure of singing and writing for, Urranta by Deirdre Graham & The Jazz Readers, and Volume One by Malcolm Lindsay & Simon Halliday.”

She aims to remain busy for the reminder of 2021.

“This year brings some lovely creative projects. I will be planning the launch event for Not Just Ship Land. I have also been collaborating and will be recording songs in Gaelic and English for a new podcast series created by Noisemaker, and I will be recording an album with Fourth Moon and a duo album with Toby Shaer later in the year. Hopefully, there will be some gigs along the way too!”