The Celtic School of Yoga 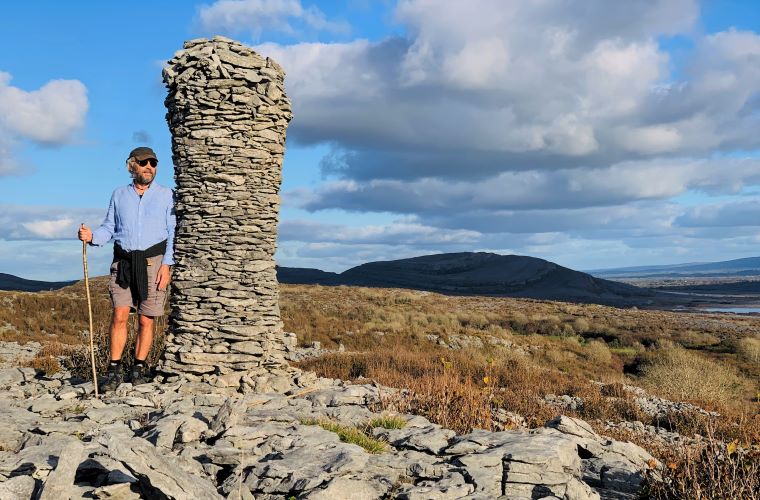 Jack Harrison has been practicing yoga for more than 40 years.

“The point of any effort in yoga is to realize that we are connected to everything and to each other,” he explains via email from his studio on the limestone plains of the Burren on the peninsula of Each Inis in western Ireland.

Harrison’s journey with yoga started in his early 20s, when he was a budding violinist.

“I read about the great violin teacher Yehudi Menuhin who brought his Indian yoga teacher, BKS Iyengar, to London to teach his violin students. I discovered that there are many reasons why yoga might help violin players, from ease of movement to releasing tension to connecting with an internal source of musical inspiration.”

Before long, he discovered that yoga had a place in other aspects of his life and work. While studying the subjects of folklore, ethnology, and psychology at University College Dublin, he became interested in how yoga philosophy might interact with Celtic culture and traditions. In 2015, he released his book – The Celtic School of Yoga: An Aisling for the 21st Century – which explores “some ideas on the parallels between Celtic wisdom and philosophy and the yoga tradition,” he says. “They are much closer than is generally realized.” By way of example, he notes that Celtic languages share similarities with the Sanskrit language.

Harrison has travelled around Ireland, writing about the stone circles, sacred wells, and monasteries, which allowed him to apply that knowledge to his study of yoga.

“My personal yoga practice of postures, breath and meditation continue to infuse my life with physical well-being, much of it inspired by Celtic spiritual and philosophical traditions of Ireland, particularly those of the Burren and on the Aran Islands. We use Celtic poetry, music, mythology and philosophy in our classes, workshops and teacher trainings – not because we believe these are any better than the Indian versions but because they derive from the culture, the worldview and the celebrations of the climate and seasons of this part of the world.” 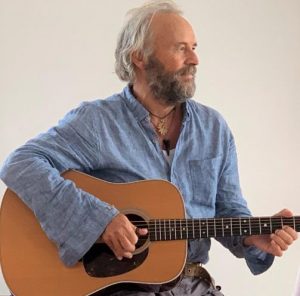 In addition to his book, Harrison established the Celtic School of Yoga with the help of fellow teacher Benita Wolfe Galvan.

“Our philosophy is simply to set up the school and share the ideas. Once the time has come for an idea, there is little that can stop it.”

“Since the beginning of time, ideas, stories and culture have been passed from mouth to ear in every corner of the world. Through the lens of the Celtic School of Yoga, the sharing of music, poetry, stories, movement and practices will help pass Celtic wisdom to the next generation.”

The school offers retreats, workshops, classes, and other events, and students come from all around the world and from many different backgrounds. Harrison has taught in Thailand, in Taiwan, the United States, Britain and other parts of Europe.

“As we know, the Celtic traditions hold a great attraction for people from many countries. Most students seem to find us themselves, but we do use social media, the internet and a monthly email to stay in touch with people and to advertise our various classes, retreats, trainings and newly-added online courses.”

As with most businesses, the online component of the Celtic School of Yoga is particularly important these days. In addition to yoga, the school is now offering online philosophy classes. That said, they also have a number of in-person yoga events planned that comply with the government’s COVID-19 guidelines and are also hoping to go forward with their next teacher training session beginning February 2021, which aligns to the Celtic cross-quarter celebration of Imbolc – an event which marks the beginning of spring in Gaelic tradition.

“The main difference in Celtic spirituality from many other practices could be said to be its emphasis on the natural world and the cyclical nature of existence. The celebration of seasonal festivals, the sun and the moon, the tides and our breath teach us to remember, moment to moment, there intrinsic connections. We celebrate our lives – and our yoga – within those cycles.”

These cycles, Harrison says, are not recognized based on a book or dogma. Instead, they are rooted in how the world turns, how we respond to what’s happening in our lives, how that connects with others and the natural world.