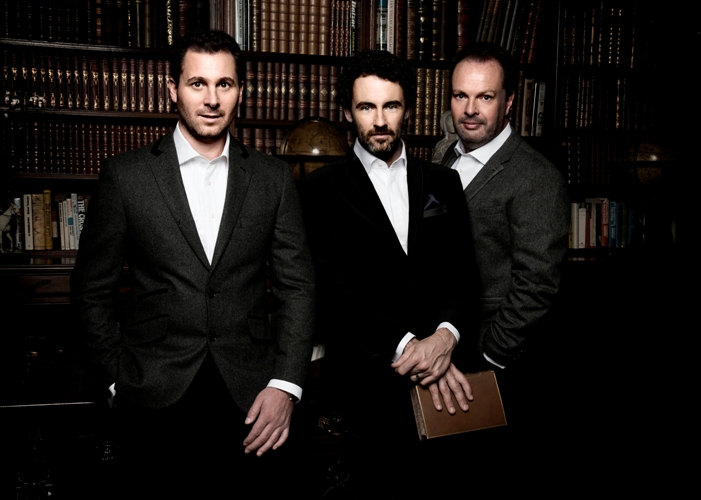 Daryl Simpson’s belief in the power of song is stronger than ever as his ensemble, The Celtic Tenors, prepares for more concert dates at home and overseas.

“We are getting excited about going out on the road again,” says Simpson over the phone from his home in Omagh, Northern Ireland.

Busy with career obligations – including early discussions about a new album and plans to perform with symphonies in Halifax and Winnipeg – he spent part of his day taking his two-year-old son to a doctor.

“He usually leaves a path of destruction behind him, but he is down with a fever and cold. This normally happens when I am away and my wife has to do the doctor run, so I was happy to be able to take him today.”

Like his Celtic Tenors cohorts, James Nelson and Matthew Gilsenan, Simpson finds comfort and clarity in daily life – especially as the past twelve months have been particularly busy, and quite emotional. 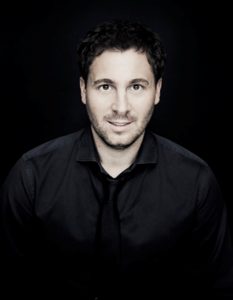 A few months ago, he was named to the Queen’s New Years Honours list. And, more recently, he was awarded the British Empire Medal for services to community, peace and reconciliation in Northern Ireland.

“It is a great honour, certainly, and it only reinforces my intentions to promote peace and reconciliation as a real and tangible entity.”

Simpson was a 22-year-old graduate of Queen’s University in Belfast at the time of the horrific Omagh Bombing in 1998; an IRA car bomb detonated on the town’s busy Market Street, killing 29 people – including a woman pregnant with twins – and injuring 220 others. The deadliest single incident of The Troubles, it came 13 weeks after the Good Friday Agreement, just as hopes for a lasting peace were beginning to take root. The bombing occurred on a Saturday afternoon while many families were busy with back-to-school shopping, and the victims were both Protestants and Catholics of various ages, including three generations of one family and several tourists.

“It was a terrible, terrible time for us in Omagh,” recalls Simpson with a deep sigh. “We were a town of shattered lives and dreams.”

A newspaper report the following day quoted him as saying he became separated from his family after the bomb went off and spent the next two hours looking through rubble and battered bodies in a desperate search for them.

“All of our family – all 9 of us – stayed together in the one bedroom last night,” he told the reporter.

Simpson had often wondered if music could promote unity amongst young people in his country.

“We were all – my generation as those before us – sent to separate schools, divided from our earliest days. I had always thought about that, and the tragedy spurred me to take action. I announced I was forming the Omagh Community Youth Choir, and – amazingly – four weeks after the bombing, it was up and running.”

Creating an opportunity for high-school aged students to sing and perform together – regardless of religion or school system – he found strong supporters on both sides of the divide.

“I think it was when all those voices were raised in harmony that the darkness and sadness that had prevailed over Omagh since the bombing began to dissipate a little bit.” 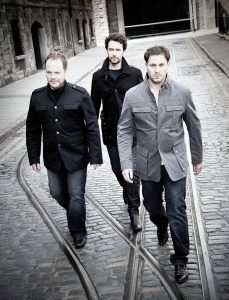 The choir continues today, with Simpson as director. This past summer the ensemble visited Nashville to perform in churches and halls, and toured both the Grand Ole Opry and The Country Music Hall of Fame.

“Travel is a big part of the program because we find that people really bond when they are away from home. They discover that they are not very different at all, and that is a great blessing.”

The troupe, including members past and present, performed at a ceremony marking the 2oth anniversary of the bombing this past August in Omagh.

“I had been asked to write a song for the event, which was a great honour and also a great responsibility. Performing there was very humbling, but our hope is that the music continues to be a source of comfort, healing and solace, as there is still great pain and hurt among families.”

The song calls for unity and love.

He was encouraged by the experience.

“There were doctors and consultants and just a variety of great people who came to share our singing. They are strong and will carry on through the long process of reconciliation and peace.”

Although humble of his accomplishments, Simpson understands the healing qualities of music.

“I know from my own life the power of a particular song to get you through a bad day. With the Celtic Tenors, we see it every time we perform.”

He points to the emotional response many concert-goers have to Danny Boy.

“Now, if you had told me in my teens that I would be singing Danny Boy and feeling the emotion of it, I would have laughed! I thought it was old and tired, and it is a bit frowned upon by some, but I don’t think of it that way anymore. It is a lovely piece that touches people deeply.” 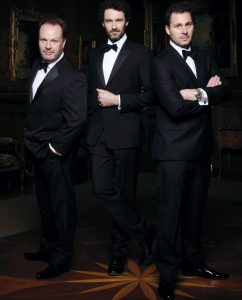 Another song that elicits a strong response on Celtic Tenors’ tours is one of Simpson’s personal favourites, The Dutchman.

“You can see it as soon as Matthew begins to talk about the song. There are many people in the audience that are dealing with the tragedy of a dear relative whose memory is fading, and there are many more that will be dealing with it in time.”

Better and In My Daughter’s Eyes are other standouts.

“I used to think In My Daughter’s Eyes was a pretty song, and then I had a daughter. One night, as we were singing it, the real emotion of it hit me – I knew right then and there what it meant for many in the audience.”

The trio’s biggest assets, he believes, are the broad scope of music they perform, and their ability to harmonize and bring out the best in the melodies.

“There are worse labels than Celtic crossover, I suppose, but I am not much for labels in general. John McCormack and Enrico Caruso, the best-selling singers of their generation, sang anything they liked without having to fit into any genre.”

Though the tuxedoed tenors are all classically trained, have performed oratorio and concerts worldwide, and sung leading roles in top operas, they never take themselves too seriously.

“We love just hanging out, laughing, and meeting audiences after the shows. Most people are pleasantly surprised to see that we are just everyday lads from Ireland.”