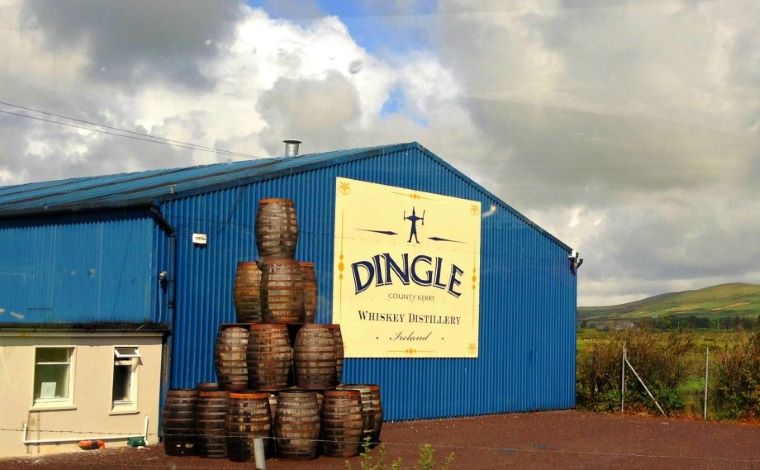 By the mid-1970s, the Irish whiskey industry had hit rock bottom. In the 1700s there were hundreds of small distilleries operating in Ireland. By the late 1800s there were but a couple of dozen left, but their whiskies were regarded as the finest in the world. Ireland’s War of Independence, the Civil War, and the Great Depression brought the industry to its knees.

In 1966, John Power & Son, John Jameson & Son and the Cork Distilleries Company merged to form the Irish Distiller’s Group. The industry was in crisis, and amalgamation was seen as its only hope. They agreed to close down their respective distilleries and consolidate production on the Cork site. When the new Midleton Distillery opened in Cork in 1975, it was the only operating distillery left in the Republic of Ireland. Including Bushmills in Northern Ireland, there were just two distilleries on the Emerald Isle.

The benefit of hitting rock bottom, however, is that it leaves nowhere to go but up.

It may come as a surprise to most, but for the longest time almost all of the Irish whiskies came primarily from just one distillery. In 1989, the Cooley Distillery opened in a converted potato ethanol plant. It fought off a hostile takeover bid by Irish Distillers, who by this time also owned the Bushmills Distillery across the border. In 2007, Cooley reopened Kilbeggan – Ireland’s oldest distillery – and it was then that things started to get interesting. With global demand for whiskey surging, and craft distilleries opening all over the world, Irish entrepreneurs started looking for opportunities at home. Today there are 16 distilleries operating in the two Irelands, and another 15 in the planning stages. 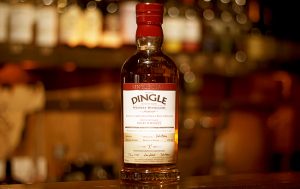 One of the first Irish craft distilleries to emerge was Dingle in 2012. Located just to the southwest of Limerick, Dingle was opened in the old Fitzgerald Sawmill on the outskirts of the town it is named for. The distillery sits at the end of Dingle harbour, by the mountains. The facility was the brainchild of the late Oliver Hughes, as well as Liam LaHart and Peter Mosley – founders of the Porterhouse Brewing Group – who are the present owners, and operate Ireland’s largest independent brewer. The vision was to create an artisanal, craft distillery. They installed three pot stills for whiskey, along with a combined gin/vodka still for white spirits. They laid their first casks down on December 18, 2012, and bottled their first whiskey barely three years later on December 19, 2015.

The distillery’s gin and vodka were originally produced to help the distillery with its cash flow. Whiskey making is a slow game, and involves years of investment before a firm will start seeing any returns. Fortunately, the white spirits took off almost immediately, aided by early positioning in the firm’s own network of bars and pubs. The white spirits are quadruple distilled, and produced from wheat and barley grown on 50 nearby farms. The gin is built around 13 botanicals that can be found in the surrounding area. Dingle Gin has been a massive success for the company and accounts for 25% off all the gin sold in Ireland.

Dingle Vodka, Gin and Single Malt whiskey are all available in select markets around the world. The Dingle Vodka ($55) is clean with a nice body. The Dingle Gin ($55) is faintly sweet, with layers of soft floral tones. And though young, the Dingle Single Malt Whiskey Batch 2 ($115) is lovely. Matured in both ex-bourbon and ex-sherry casks the whiskey is round, fruity and smooth with layers and complexity beyond its years. Dingle Single Malt Whiskey Batch 3 is due out shortly. Matured in ex-bourbon and ex-port casks, it retains the round, fruity tones of Batch 2 but with more prominent malt, chocolate and spice.

More than a few of my friends have been by the distillery and have raved about the experience. The surrounding area is also said to be very beautiful. But if you are not ready to make your own trip, might I suggest you give yourself a generous pour of Dingle, curl up on the couch, and binge watch Jack Taylor on Netflix. The gritty drama is set in nearby Galway, and the spirit of Dingle will transport you to the Emerald Isle. ~ Story by Andrew Ferguson