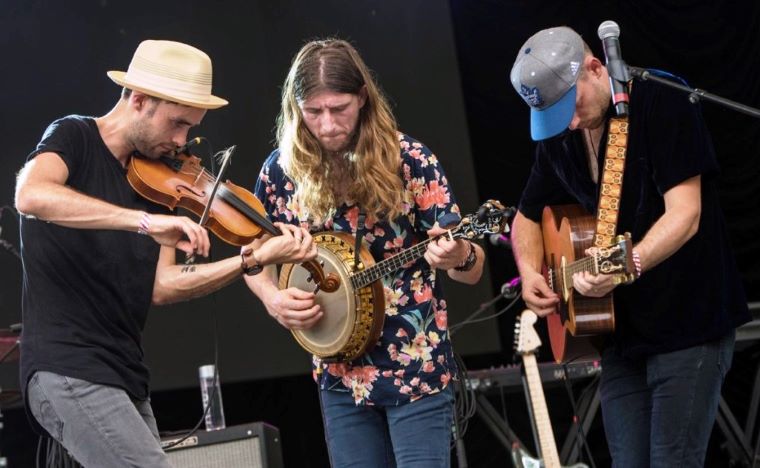 Tim and Koady are part of a large extended family in which, says Tim, “almost everyone played an instrument, sang or danced.” Before forming The East Pointers, Tim and Koady plied their trade in a “good old family band,” touring throughout Eastern Canada and New England. Those gigs varied widely: from small town venues to opening slots for Cape Breton’s Rankin Family, and even performing for the Duke and Duchess of Cambridge during their visit to PEI.

After crossing paths in the folk music scene for a number of years, Jake teamed up with Tim and Koady in 2013.

“We would get together and drink way too much and play tunes until late into the night,” recalls Koady with a chuckle. “We joked about starting a band for years. Jake flew to PEI to record a little EP, and we have been on the road pretty much ever since.” 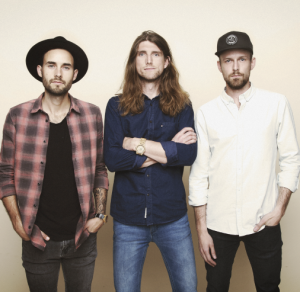 That EP forced the trio’s hand naming the band; East Point is a small community on the eastern tip of Prince Edward Island, near where Tim and Koady lived, and where Koady fished lobster for a number of years.

“It seemed like a good idea at the time,” smiles Koady, “and so we ran with it.”

Jake traces his love of Celtic music to his father. “He had a lot of Irish, Cape Breton, and French Canadian albums lying about. I also have two brothers who play the fiddle, so there were always lots of tunes around the house.”

For Tim and Koady – both “born and bred Islanders” – the family lineage is mostly Acadian, with hints of Scottish heritage. They trace their ancestry in PEI back to 1625.

“It is an interesting history – how the Acadians landed on the east coast of Canada, and were later deported,” explains Tim. “There was so much tragedy, but somehow the culture survived.”

Along with those Celtic and Acadian roots, the band’s sound incorporates the banjo, an American string instrument of African origins. While popular in the U.S. folk and bluegrass scenes, the instrument is only now gaining wider traction in Canada’s Maritime Provinces.

Once again, family played a role; the banjo was recommended by a cousin of Koady’s who was on tour with world-renowned fiddler Natalie MacMaster.

“He convinced me to buy one of his tenors,” shares Koady, “and I instantly fell in love with the sound and the feel of the instrument.”

By Tim’s own admission, the band members grew-up on music of the 1990s, with exposure to pop, rap, and more. In addition, both he and Koady had older siblings who performed in local and area cover bands.

“When we initially got together we each had different musical projects on the go, in different genres,” notes Tim. “However, our first common love was writing and arranging tunes. It was just a natural progression to incorporate songwriting and new sounds as the band evolved.” 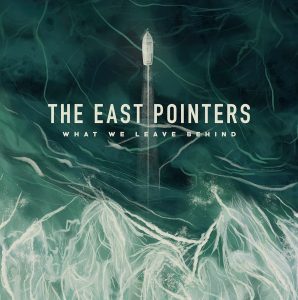 Despite the array of sonic influences, the traditional folk sound remains a staple.

“There is certainly a swing to the music,” Tim notes, adding that jigs and reels are an integral part of the band’s identity. “I’m not sure how to peg what we do exactly, but “trad” music certainly relates in terms of structure. We also put an emphasis on dancing in our music, so we are always pumped to see people shake it up at our shows.”

In recent months, audiences have been “shaking it up” in Canada, the U.K. and Australia. More gigs are planned for 2019.

Despite the hustle and bustle of travel, however, The East Pointers still find time to write new music. Once, while in Penguin, Tasmania, the band was inspired by the region’s ongoing 82 wildfires. The story would later become a song of the same name on their most recent release, What We Leave Behind, which was produced by award-winner Gordie Sampson and nominated for the 2018 Juno Award for Traditional Roots Album of the Year.

Interestingly, the band was on the road when they found out that they had won the 2017 Juno for their previous album Secret Victory.

“We were in the middle of the Australian bush, with a very spotty wifi connection, watching the live stream from the awards show,” remembers Koady, “Never in a million years did we expect to hear our names called, so when it happened there was a lot of yelling and screaming and high-fives and a general sense of disbelief.”

Australia would be an ideal place for the trio to celebrate.

“Australian audiences love to party and dance,” says Koady. “There is no holding back – they just go for it.

“The U.K. is more of a listening crowd. Canada is a bit of both. It keeps things interesting. We definitely have to tailor the show depending on where we are in the world.”

Tim adds that traditional music in Scotland, Wales and Ireland differs from that of Eastern Canada.

“It is a different musical dialect. That’s how I learned to play. When I started diving into Irish and other Scottish players, it was really interesting to hear the differences and similarities. They essentially stem from the same place, but over a few generations have changed subtly.” 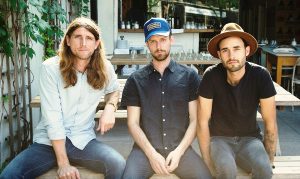 The storytelling element is found on both sides of the Atlantic as well. At a recent concert in Toronto, the band made mention of famed PEI folklorist Kay MacIsaac.

“She was a local school teacher and a historian and just a lovely lady altogether,” notes Koady. “Unfortunately, she passed away before the band formed so we never got to meet with her as a group to talk about the folklore of our area.”

It was through MacIsaac’s work that the band learned the tragic story of the John Wallace – a 19th century shipwreck off the shores of their home province – later penning a song of the same name for What We Leave Behind.

For all the joys of touring, The East Pointers delight in returning home. There are now two new members of the band clan; Tim has made up “150 different nonsense songs” since the birth of his son.

“I have done the same for my newborn daughter,” says Jake. “And so the family musical tradition continues…”