The Glory of Glengyle 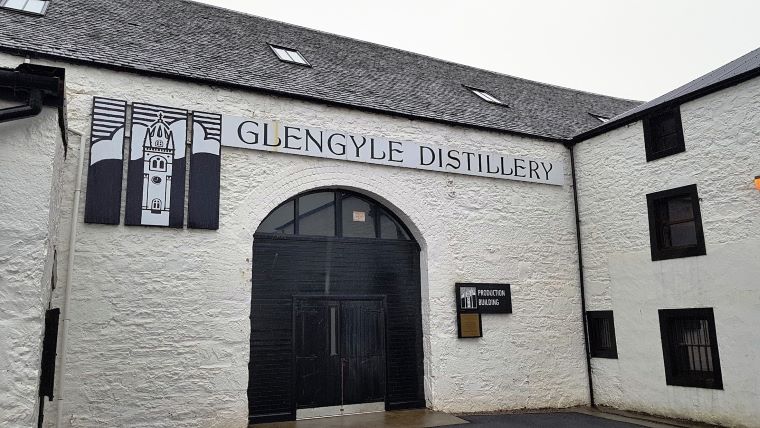 To the best of my knowledge (and when it comes to whisk(e)y I like to think I am in reasonably informed), Scotland’s Glengyle Distillery is the only distillery opened solely to settle an argument.

The dispute in question related to Campbeltown’s place in the Scotch whisky industry. In the late 1800s, the area was a major center of production, with 34 distilleries operating in-or-near a town with less than 5,000 inhabitants. By 2000 there were but 2 operating distilleries remaining, Springbank and Glen Scotia. In the late 1990s, the Scotch Whisky Association, an industry lobby group, was codifying the Whisky Regions of Scotland into EU Law. The Speyside, Highlands, Islay, and Lowlands would be the only four recognized regions.

This didn’t sit well with Hedley Wright, whose family had been in the whisky business at least since opening of the Springbank Distillery in 1828. Hedley was incensed that the Scotch Whisky Association would not grant Campbeltown a similar designation, given its significance in the 19th century. The SWA noted that, in their opinion, two distilleries did not warrant the granting of regional status. However, as Hedley argued, the Lowlands only had three distilleries, and were Campbeltown to also have three active distilleries, the SWA would have to acknowledge it as a whisky region in its own right. The Scotch Whisky Association conceded the point and likely assumed that was the end of the matter. It was not.

The Mitchell’s Glengyle Distillery was opened in Campbeltown in 1872 by William Mitchell. William was the son of Springbank Distillery founder Archibald Mitchell. After Archibald’s passing, William and his brother John ran the Springbank Distillery in partnership. The family was from a farming background, which was quite common for distillers at the time, and many facilities turned their surplus production into whisky. 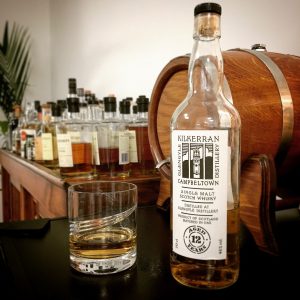 The spent grains from making beer and/or whisky were then – and still are – a popular animal feed. Overtime, it became apparent that making whisky was far more profitable than farming or rearing cattle. William and John’s other siblings ran another Campbeltown Distillery, Reichlachan.

When William and his brother John had a falling out – allegedly over sheep – William left Springbank and opened Glengyle. Less than 100 meters separated the two distilleries!

In the last decades of the 20th century the Scotch whisky industry was booming, nowhere more so than Campbeltown; the fastest place from which to ship whisky to the burgeoning markets in the Americas. At the end of the 18th Century there were no fewer than 31 illicit stills operating in the area. When the great Victorian whisky writer Alfred Barnard came calling in 1885 the town had 21 operating distilleries. At the height of the boom Campeltown was said to have more than 32 distilleries, only eclipsed by the number of churches. The vestiges of this history can still be seen today whilst walking the town’s streets; the lochside and hills are lined with the mansions built by whisky barons.

But boom turned to bust in the first years of the 20th Century, and many of Campbeltown’s distilleries closed. Glengyle was sold to West Highland Distillers in 1919, and then again in 1924 for just £300. The distillery closed altogether in 1925, and the remaining stocks of casks were put up for auction in April of that year. The buildings remained rather miraculously intact for the following 79 years, used as a shooting range, a depot, offices for an agricultural firm, and eventually a cooperative. Several attempts were made to revive the distillery both before and after World War II, but none of them came to fruition until 2000 when Hedley Wright, chairman of J&A Mitchell and Co Ltd (Springbank), reopened Glengyle and settled his score with the Scotch Whisky Association.

Glengyle distillery started producing in 2004, and Campbeltown was re- recognized as a whisky region. Campbeltown is often overlooked by whisky pilgrims on their way to Islay. Just 45 minutes past Kennacraig – the gateway to Islay – Campbeltown is worth a visit. All three distilleries – Glengyle, Springbank and Glen Scotia – offer great tours. The town is also home to independent bottler WM Cadenhead, and their Warehouse Tour is one of the best whisky experiences in the world.

Glengyle Distillery bottles its whisky under the name Kilkerran, the name of the original settlement around Campbeltown Loch. The anglicized Kilkerran is derived from, ‘Ceann Loch Cille Chiarain’ – Scots Gaelic for the Loch of St. Kerran’s Church. The Kilkerran 12 Year and 8 Year Cask Strength are each very limited in production and not always easy to come by – all the more reason to visit Campbeltown, Scotland’s smallest whisky region.