The Glory of Glenfarclas 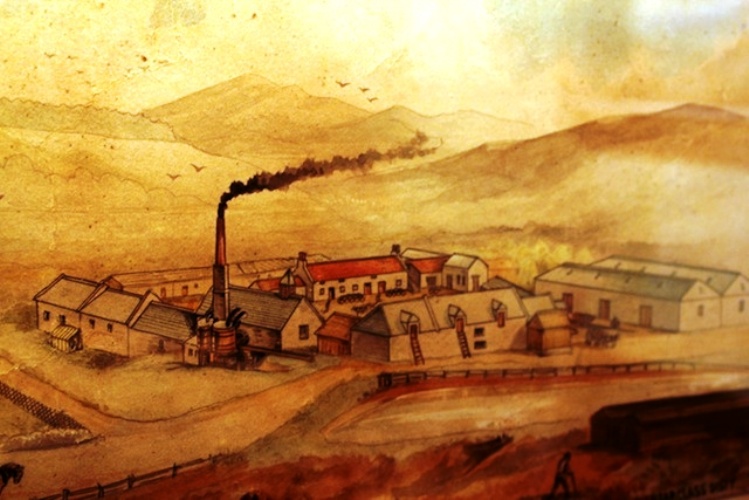 Like most of the Scottish distilleries to open in the 18th and 19th centuries, Glenfarclas was a farm before becoming a distillery. Whisky making requires both barley and a good supply of clean water, so it is not surprising that most of Scotland’s distilleries are found in rolling barley fields at the foot of the country’s wild mountains.

The connection between whisky and agriculture is vital; barley was an important feed stock for cattle, but it is very hard for them to digest it in its raw form. However, when it is malted, milled and mashed (to remove the sugars for fermentation into beer), what results is a slightly sweet, protein-rich cattle food. What farmers discovered over time, though, was that whisky making was far more profitable than farming or cattle rearing.

Although owner Robert Hay took out a license to distil at Glenfarclas in 1836, no one knows exactly when his farm started producing whisky. As with many distilleries at that time, the founding date does not always indicate when the facilities first started producing whisky, but rather when they were caught distilling illicitly and forced to apply for a license. One clue to the distillery’s origins is a watercolour painting from 1791, which still hangs in the location today. In the painting, the farm has a smokestack, vessels that look a lot like wormtubs (for condensation), and barrels strewn all over the yard. It also sits clearly at the foot of Ben Rinnes, the tallest mountain in the area. Most tellingly the words “Glenfarclass Disty” are scrawled in the bottom right hand corner. 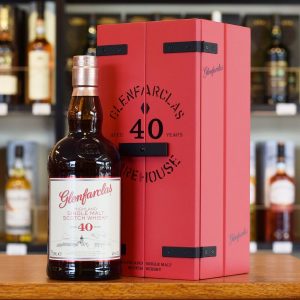 The story of Glenfarclas starts to get interesting in 1865, when the distillery was acquired by the Grant family following the death of Robert Hay, for the sum of £511.90. For the next 152 years, six generations of the Grant family have run and managed the distillery. Curiously, since the purchase, all five of the chairmen have been named either John or George. The current chairman is John L.S. Grant, and his son – and successor – is named George. This unbroken chain of Johns and Georges may have run its course though, as George has two daughters, and to the best of my knowledge neither is named John or George.

Glenfarclas is a stubbornly independent firm, and not without reason.

They were early partners with Pattison Elder & Co., a firm run by a pair of “reckless” and flashy brothers from Leith. Pattison Elder & Co. was the whisky industry’s ‘Enron’ of their day, building an empire on promises, lies, cheap credit, and IOUs. When they spectacularly collapsed in 1898 they took most of the industry with them, including – very nearly – the Glenfarclas Distillery. The Grants barely held on to their distillery, and it would take 15 years of hard work to recover their position. Thus, a “Spirit of Independence” was born.

The second half of the 20th century saw the distillery transition from producing whisky for blends to focusing on single malts. Glenfarclas pioneered the concept of Cask Strength whisky in 1968, with the release of their 105˚ Cask Strength which is bottled at 60 per cent (105˚ British proof). The whisky is still available today, and is created by marrying casks until they hit the magic number of 60 per cent abv. Most distilleries lose 1 to 2.5 per cent of their maturing whisky to evaporation each year – what we call “the angels share.” Glenfarclas loses less, only 0.5  per cent, owing to both a local microclimate and a focus on the use of larger Sherry Butts for maturation. The distillery also fills its barrels at a higher proof than their peers, as it is not reliant on trading casks for blends at a standardized strength. As the 4th Grant to own Glenfarclas, the late George S. Grant was allegedly fond of saying, “we are not in the business of maturing water.”

Glenfarclas has a depth of maturing whisky stocks which is the envy of the entire Scotch whisky industry. They have released single casks under their “Family Cask” range for every year up to, and including, 1952. The company’s business plan has always been to lay down as much whisky as they can, even when times are tight. Business will eventually pick up again, and if there is no stock then there won’t be anything to sell.

Glenfarclas has survived 22 recessions, the Great Depression, and the Pattison Whisky Crash. They will also likely survive the day when someone other than a John or George takes the helm as chairman.

The distillery is located just off the A95, about 5 minutes’ drive from the town of Aberlour, in Scotland’s stunning Speyside region. The facility offers tours daily, including a ‘Five Decades’ tour for £100, which includes the tasting of a whisky from every decade between 1960 and the 2000s. If you can’t make it to Glenfarclas you should be able to find their whisky. The 105 Cask Strength is excellent value at $84. Try it neat before you add any water to it, as it is rich, fruity and spicy, though not rough. The 15 Year, $90, is their benchmark sherried whisky and flagship single malt. If you really want to treat yourself, find a bottle of the 40 Year – at $1100 it might seem dear, but it is lovely, layered, very fruity, and great value for its vintage.