The Hidden History of Highland Games 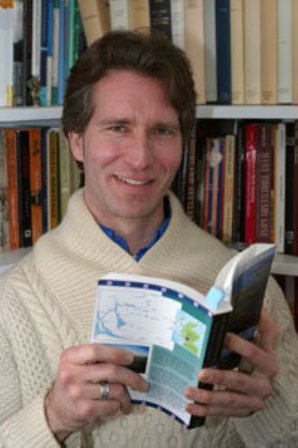 People regularly come together at Highland Games to celebrate popular forms of Scottish culture. Despite claims of their antiquity, however, Highland Games are essentially inventions of the nineteenth century that contrast sharply with the ways in which Highlanders, and people of other parts of Scotland, celebrated their culture and identity in previous eras. Dr. Michael Newton shares his perspective.

Like all societies, Scottish Gaels – the people of the Highlands – have calendar customs which bring communities together to celebrate. In the past, many of them occurred on a saint’s feast day, and involved special foods, music, poetry, dance, and sports such as horse-racing, hunting, swimming, archery, and wrestling.

During the eighteenth century, however, many old traditions were terminated intentionally or as a result of social disruptions and changes in social norms. Old leaders – clan chiefs and tacksmen (land holders) – who survived looked for ways to retain their social status and make a profit through transitions, and recruitment of former clansmen into Highland Regiments proved rewarding. The Highland Games as we know them were devised by these Anglophone élite who wished to imbue Highland culture with the values of the British Empire and emphasize the athletic prowess and military potential of Highland men. The first Highland Games were held in 1818 at St. Fillans, Perthshire.

Whenever new traditions are invented, people feel the need to connect them to the past, even if this involves fabricating origin legends. A story began circulating that Highland Games were instigated by King Maol-Chaluim III (Malcolm Canmore, 1031–1093). He was a real and important king of Scotland with good name recognition, but there is no historical evidence that this was anything other than a romantic fable created by an advocate of the Highland Games to legitimize the new tradition.

Twelfth-century Irish literature describes a large annual “tribal” gathering at Carmun which included horse races, athletic competitions, storytelling, songs, legal proceedings and other activities. Some see this as evidence of the antiquity of Highland Games, citing common cultural connections between Gaelic Scotland and Ireland, but if this were true, why is there nothing like Highland Games in Ireland?

The contrived and orchestrated nature of Highland Games, and their neglect of the most important aspects of Highland culture – indigenous practices of literature, song, and music – has long been obvious to native Highlanders. Caroline MacDonnell commented in 1885: “Various efforts are being made to revive the old Highland Games, but it seems to be either unknown or overlooked that they were the pastime of the people – whereas now, several persons endeavour to gain a livelihood by them, which materially alters their character.” Games were not the means of participation in a shared, living heritage, but a spectacle put on by performers and competitors for outsiders thirsty for exoticism.

New events were created, and older practices were selected from certain areas, in order to create dramatic entertainments. The caber toss, for example, was held in the Central Highlands in earlier times, but not in the Northern Highlands or Outer Hebrides, where there are virtually no trees.

The choice of activities demonstrates who was in charge and what their agenda was. Although initially a few Highland Games offered support for authentic forms of Gaelic cultural expression and a variety of physical recreations, the overseers soon narrowed the choice of activities to those that that would appeal to a non-native audience  who shared their vision of the Highlands as a breeding ground of imperial soldiers. Such contradictions are revealed in a Gaelic text from 1880 written in the form of a dialogue between two native Gaels, one of whom had just attended the Highland Games in Oban. (The term “laird” refers to the landlords in the Highlands who also ran, supervised and judged these spectacles.)

“Did many of them wear the Highland dress?”

“It was worn by most of the competitors and by a few of the gentry. …”

“Will you tell me this: were prizes given at it for Gaelic poetry?”

“I am very sorry for that. It was different in the time of Duncan Bàn Macintyre. …”

“Is it not surprising that the lairds do not encourage our own bards?”

“It is, considering that Gaelic is the language of the people. The lairds are generally intelligent and well-informed men.”

“They are, but they are not so zealous about learning as they might be.”

The dialogue contains innuendo and requires an explanation: “Highland dress” was not worn by the Highland natives attending the Games but only by competitors and the aristocrats displaying their pomp. Next comes a comment about the contents of the Games. One of the major Gaelic poets of the late 18th century, Duncan Bàn Macintyre, won the Gaelic poetry contests at the first several Falkirk Gatherings – precursors to the Highland Games – and the men lament that there is no patronage for Gaelic poetry as there once was. There is a hint of sarcasm in the compliment to the lairds’ intelligence, but criticism of their lack of interest in Gaelic – the native language and culture of the Highlands – is more explicit.

Highland Games can be great fun, and sometimes some learning is imparted along with food and entertainment. Those involved with these events should realize, though, that the Games are not accurate representations of Highland culture or heritage but are by-products of its suppression and assimilation.