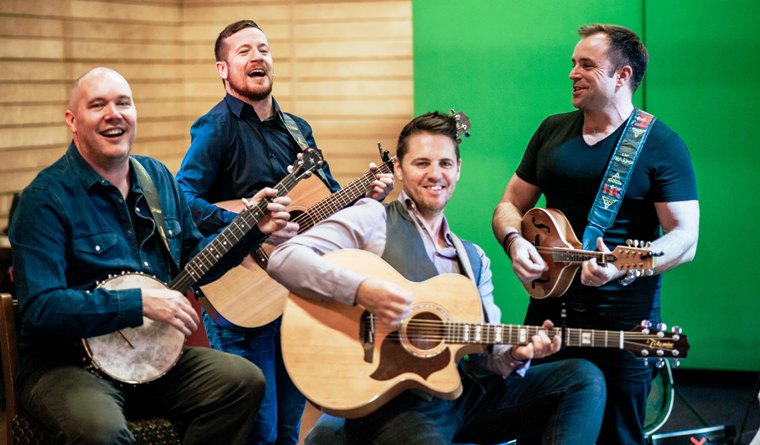 When The High Kings came together in late 2007, none of the band members would have guessed that they would be releasing their best-of album – the aptly titled Decade – a decade later.

The Dublin-based band, comprised of four tried-and-true Irish performers – including pub scene mainstays Finbarr Clancy and Martin Furey, and Riverdance alums Brian Dunphy and Darren Holden – was brought together by Dave Kavanagh, the manager of Celtic Woman, in an effort to rekindle the spirit of 1960s folk and traditional music.

“He wanted four very strong vocalists, and four guys with a bit of charisma, personality and presence,” says Holden over the phone. “As soon as we started singing together we knew we had something quite special going on. It really felt right. And it still does.”

Though the band was cautious that their contemporary brand of Irish folk could breakthrough in a very competitive music scene, they recorded a (self-titled) debut album anyway.

“We were told to expect a bit of a slog, but it went directly to number two on the charts after its release,” recalls the multi-instrumentalist, sounding still somewhat surprised.

The timing, it appears, was right, as artists like Mumford and Sons and The Avett Brothers signalled a folk revival of sorts across the music industry.

The High Kings, notes Holden, fit that bill, having cut their teeth on traditional Irish tunes.

“If you walked into any old Irish bar or pub back in the 1950s, 1960s, or 1970s, you were absolutely guaranteed to have a ballad session going on – a bunch of guys sitting around a little table with banjos and guitars and bouzoukis and whatnot, with pints of Guinness all over the place. We wanted to take all of that, that quaintness, and our whole ‘old Irish charm’ and bring it to arena-sized stages.” 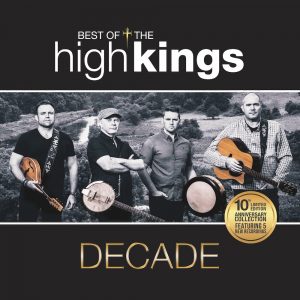 With the success of that first recording, and subsequent tours and media support, the quartet achieved that goal, and more; over the last ten years the band has released over a half-dozen albums and 2 concert DVDs, played to sold out audiences all over the world, and performed for the likes of U.S. President Barack Obama and Irish Taoiseach Enda Kenny.

Along with celebratory tour dates both at home and abroad, Holden and his mates have marked their tenth anniversary with the release of Decade. Currently sitting at number one on the Irish iTunes charts, the 18-track collection is a thank-you to the fans that have been with the band since the beginning.

“These are the most popular tracks from all the previous studio albums,” explains Holden. “There are also a couple of new versions of songs that we have been performing for years, a few stories on how the band started, and a selection of really great photographs. It makes for a great little keepsake, both for us and for our followers.

“And this is also a fantastic introduction for anybody who wasn’t aware of us before now. You pick up this and you’ve got the best of everything, really, in one package.”

Not all of the Kings have made it to this milestone, however; founding member Martin Furey retired from the group during their last tour.

“Martin wanted to do his own thing,” shares Holden. “He is a fantastic musician and a great talent, and he will be sorely missed by all of us. I have absolutely no doubt that he will achieve brilliant things going forward, and we wish him the very best.”

In his place, George Murphy has taken over on guitar and banjo. Also a native of Eire’s capital city, Murphy made a name for himself on RTE’s popular ‘You’re A Star’ television program.

Holden believes that the newest King brings a raw energy to the band.

“He’s a bit more ‘streetwise’ than we are – he has a little more of that Dublin style and swagger to his voice. The band sounds different, certainly, and I would even dare to say refreshed. And in time, I have no doubt that people will fall in love with our sound all over again – we’re hoping for another ten years at least…”