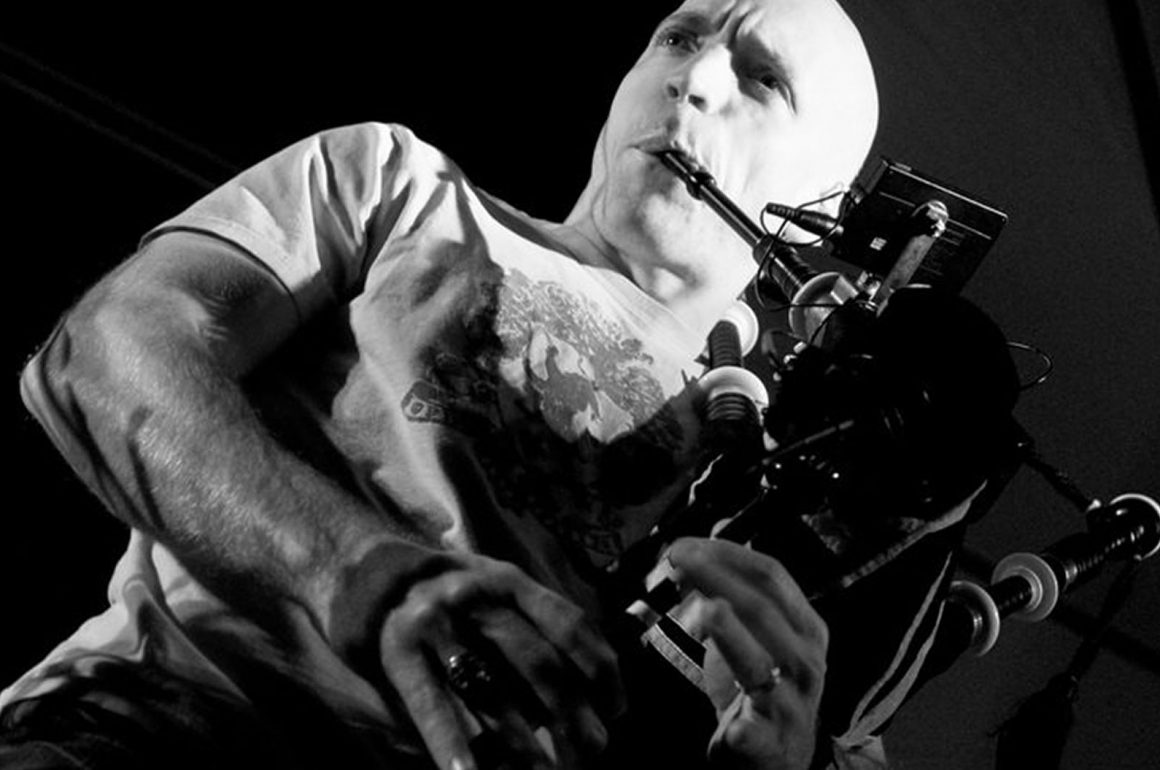 While his mother may claim that there is Irish blood in his lineage the 39-year-old instrumentalist is skeptical, having identified mainly English, Dutch and German roots.

“One of these days I will get around to doing one of those DNA/ancestry tests to find the real answer,” he shares via email. “I’d love to be proven wrong and to find a real link to a Celtic nation.”

The seeming lack of Celtic ancestry appears not to have held Willis back, as he currently plies his trade as pipe major of the Metroplex United Pipe Band of Dallas, as a founding member of the Celtic rock band Rathmore, and as a busy piping instructor.

“Rathmore allows me to play in a freer and more open style, which works wonderfully with the fiddle and guitar. I also love the opportunity to show how the pipes can be incorporated into modern rock, not just traditional music.”

After competing successfully at the World Pipe Band Championships in Glasgow – a career highlight – he was contacted by now-defunct Dallas band, The Kildares, who asked him to join them at the State Fair of Texas in 2004.

“It was a grueling 168 shows over a 24-day period, but there I was playing the pipes with a rock band.”

He stayed with The Kildares until the band broke up in 2016, immediately co-founding Rathmore in the aftermath. 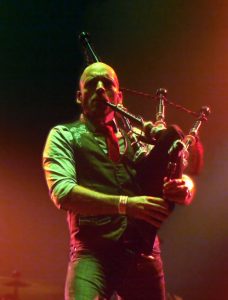 “Former Kildares’ guitarist Mike Urness, bass player Gary Thorne, and I decided we weren’t done making the music we love, so we went to work forming our new band. Our good friend, the amazing drummer Matt Thompson, and a truly gifted fiddler, Kat Kratzer, round out the rest of the group.”

He concedes that his biggest challenges are those shared by anyone who is self-employed – no paid sick days and no paid holidays among them – but he is grateful for the opportunity to make music, make friends, and visit new places.

“Most days my commute is a flight of stairs. But I also get to perform at some of the most important moments in people’s lives, including weddings and memorials.”

Willis’ interest in the pipes goes back to his early childhood, and he insists no other instrument has given him the challenges or the joy of the pipes.

“My first exposure to the pipes was, funnily enough, in the film Star Trek II: The Wrath of Khan. I was about six years old when it aired on TV, and after seeing Scotty play Amazing Grace on the pipes at Spock’s funeral I started asking for bagpipes. It sort of became a running joke around the house, as I would ask for a set every chance I got, be it a good grade, Christmas or birthday. My interest was rekindled in my teenage years going to Renaissance Faires and seeing groups like The Rogues and Clandestine.”

With a stable full of equipment, it can be challenging to keep six or so sets of pipes in optimum condition. His main set is a modern P. Henderson bagpipe which is dear to his heart.

“It is a brilliant instrument and the thistle engraving on the metalwork is gorgeous. I also have a set of ‘The Robbies’ by MacGillivray/Dunbar.”

For live shows he favours two different sets of electronic pipes made by Redpipes; their classic model, and their Redpipes Caledonia.

“I love the flexibility to easily change keys as well as not having tuning issues. I also have a set of Fred Morrison reelpipes, a set of Tidy Cottage Scottish small pipes, a set of R. G. Hardie & Co twist trap practice pipes, and a Seth Gallagher set of uillean pipes for when I branch out into other sounds.”

Willis believes that bands such as Rathmore, which will soon record its debut album, do their part to preserve and promote Celtic tradition by marrying it with modern music.

“I have been attending Scottish and Irish festivals for nearly 20 years now, and attendance continues to grow and new festivals continue to be created. From my perspective, more and more people are getting in touch with their heritage or, in my case, with a heritage that calls out to them even if they aren’t of Celtic descent.”