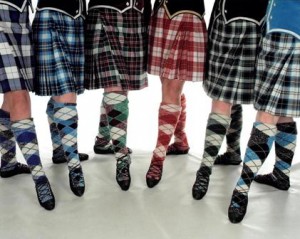 In this final part in a series, Dr. Michael Newton of the Department of Celtic Studies at St. Francis Xavier University in Nova Scotia looks at the future of Highland Dance in the Canadian Maritimes.

I’d like to make some remarks in this last installment about how the past history of dance traditions relates to our planning for the future, whether at the Gaelic College in Cape Breton, in our classrooms, or in our homes.

What do we mean by “Gaelic tradition” or “Highland tradition”? (“Gaelic” and “Highland” have essentially been synonymous since the medieval period.) This question has certainly been at the heart of some of the heated debates surrounding changes and claims about changes to tradition since well before the Gaelic College was founded – in fact, every documented music and dance innovation in the Scottish Highlands for the last three hundred years or more has been accompanied by controversy.

All tradition was invented, or introduced, by someone at sometime – the key questions, I think, are: How does the community respond to the innovation? How do they adapt and transform it to suit their own aesthetic parameters and cultural needs? How does the innovation interact with other aspects of tradition, weakening or reinforcing them? Does the innovation get embraced and integrated because it genuinely enriches the rest of tradition, or because the society is so compromised and desperate for external validation that it accepts whatever is expected of it?

The interesting thing is that most of the elements now considered “traditional” in the Gaelic music and dance tradition of the Atlantic Maritimes – the fiddle, step-dancing, and dance music (reels and jigs) – were fairly late introductions which were initially resisted by at least some Highlanders. The fiddle, for example, only entered HighlandScotlandfrom continentalEuropein the second half of the seventeenth century. Almost all the modern dance forms now associated with Scotland – the reel, country dances, “Highland Dance,” step-dancing, Nova Scotian square sets, etc. – ultimately originate (to various degrees) in France. Many of these are dances introduced by French, or French-trained, dancing masters in the second half of the eighteenth century – so, in other words, these “essential” aspects of tradition were still fairly new when Highland immigrants came toCanada.

There can be little disputing the fact that Highland Dance has not been a folk art for many generations now: it does not exist in regional variation, you will not see it performed by community members as a normal part of a céilidh, etc. Step-dancing, by contrast, still is a folk art practiced by Gaelic communities. But I also want to emphasize that step-dance is not somehow inherently “more Gaelic” in its essence than Highland Dance: it simply went through a phase of being revised, embraced and performed by a Gaelic-speaking community. There is no inherent reason why that did not or could not happen to “Highland Dance” as well, given the right conditions. In fact, we could say the same thing about any other expressive art forms: hip-hop, tango, Bulgarian round dances, etc.

It is merely by their being adopted by and integrated within the wider body of Gaelic tradition that they become Gaelic art forms. Fiddle music was reshaped by the patterns, contours and rhythms of the Gaelic language, for example, and step-dancing followed accordingly. This is especially apparent when Gaelic puirt-á-beul (mouth music) is compared to the fiddle tunes and the step-dance footwork. Highland Dance could be re-Gaelicized, if there was sufficient interest and investment in the effort. The reality now is simply that it is almost exclusively an athletic activity done by non-Gaels in non-Gaelic performance contexts.

The Gaelic community itself has been undermined for generations and eroded to a very fragile state. There is a real need for some institution in the Maritimes to take the lead in revitalizing the language, culture, and arts together and in a holistic way so that the connections and synergies between them are maintained and developed. Musicians need to understand how these various aspects and genres of tradition are integrated with and related to one another, and how they evolved historically. This would aid them in renewing the tradition, finding new paths forward that honour the integrity of tradition and invigorate it without violating its essential principles.

Many of the young crop of Scottish performers today are graduates of The Royal Conservatoire of Scotland (formerly known as the Royal Scottish Academy of Music and Drama), which began a degree in Scottish Music in the 1990s. Students study not just a specific instrument (or voice), but the two native languages of Scotland(Gaelic and Scots) and the history of Scottish music. The rewards to Scottish music and culture have been tremendous. Similar benefits have come from over twenty years of the Gaelic workshops all overScotlandknown officially as Fèisean nan Gàidheal, which allow over 13,000 youth each year to study various Highland performing arts and the Gaelic  language. Cape Breton University and St.Francis Xavier University have courses that could provide some formal foundations, and the Gaelic College offers workshops to address some of these skills in a more popular format, but there does not seem to be a conscious, systematic effort to develop Gaelic tradition as a sustainable community resource in the Maritimes.

As it is, there is a growing disconnection. Few of the new generation of musicians or dancers, however virtuosic they may be and popular amongst anglophone audiences, can speak the language in which all of these art forms were developed. Rare are those who know the names and origins of the tunes that they play or dances that they perform, or who have mastered the idioms well enough to compose new ones. This should sound alarm bells. Highland Dance was divorced from its cultural roots generations ago, and now the music and dance traditions brought by Gaelic emigrants to the Maritimes and enriched by their descendants is also becoming disembodied and alienated from the rest of Gaelic tradition, a commodity to sell to tourists and consumers but not linked meaningfully to the communities which sustained them for so long.

These challenges bring to mind an idiomatic Gaelic expression collected and printed in the nineteenth century: Ged a chuala iad an ceòl, cha do thuig iad am port – Although they heard the music, they did not understand the tune. This is one of many endorsements within Gaelic tradition itself that music is not just meant to provoke an emotional response or an aesthetic judgement , but to be understood and appreciated in cultural and linguistic terms. Unless communities invest in the training and education necessary, it will all become a foreign jargon intelligible only to a few antiquarians and academics.