The Incredible Isle of Man 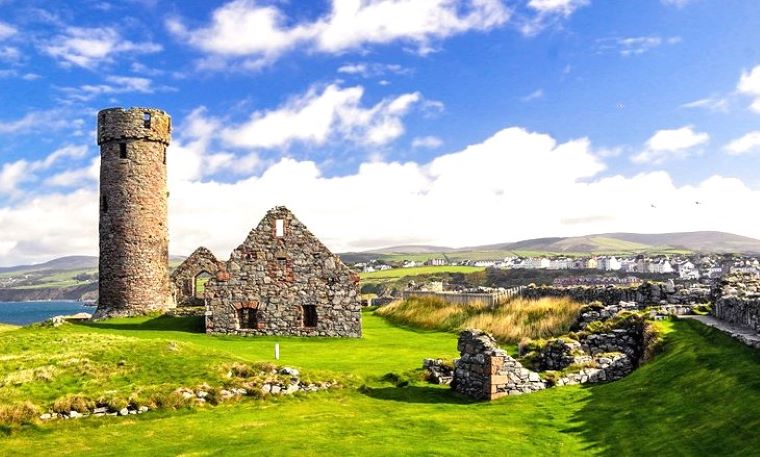 The Isle of Man is a great place to visit any time of the year.

TT Races
The most famous motorcycle races in the world, run on close public road. One of the Isle of Man’s best-loved events in the motorsport calendar, attracting competitors from around the world and over 40,000 visitors.

St Trinian’s Church
On Greeba Hill there once lived a ferocious, moody Giant called the Buggane who vowed to never let the monks of Greeba build a chapel there. He is said to have blown the roof off the church in a fit of rage and the ruins can still be seen today from the TT motorcycle course.

World Tin Bath Championship
As crazy as it sounds competitors from around the globe take part in this annual competition. Participants must ‘sail’ in their tin bath across Castletown Harbour.

Wild Wallabies
It is surprising to many to learn that on the Isle of Man there is a breeding colony of around 100 wallabies which began after a pair escaped from The Curraghs Wildlife Park.

Camera Obscura
Visitors can enjoy the view of the harbour, bay, lighthouse and horizon from inside this Victorian curiosity situated on Douglas Head. The camera obscura is unique to the Isle of Man and is named the Great Union because it was built with 12 lenses, unlike others which only have one, each highlighting a segment of a 360 degree view. 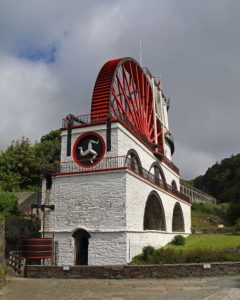 Laxey Wheel
The Great Laxey Wheel, fondly known as Lady Isabella, is the world’s largest working waterwheel of its kind. The wheel pumped water from the Laxey Mines which thrived during the Industrial Revolution. Laxey means ‘Salmon River’.

Manx currency and stamps
The Isle of Man has its own stamps and currency with the same denominations as that of the United Kingdom. The Island was the first place to mint euro coins in 1996, although it is not an EU member.

Hunt the Wren (a Boxing Day tradition)
The custom of ‘Hunting the Wren’ is still kept alive each Boxing Day. It is thought that it is descended from Celtic mythology and the tradition may also have been influenced by Scandinavian settlers during the Viking invasions of the 8th and 10th centuries.

Manannan’s Cloak (a strange mist…)
Manannan Mac Lir (Son of the Sea) is the ancient sea god who ruled the Island. Manannan protected the Islanders with his cloak of mist and had the power to make one man appear to be a hundred. Today, he’s said to cloak the Island to protect it from invaders.

Tynwald Hill
The Manx Parliament, Tynwald, is the oldest continuous parliament in the world and dates back more than 1000 years to the Vikings. Each year Parliament meets at ancient Tynwald Hill, a mound of four-tiers built by the Vikings and said to contain soil from each of the 17 Island parishes. The ceremony declares laws passed during the year and hears petitions from Manx citizens.

Hop Tu Naa (Halloween)
Hop tu Naa on the Isle of Man is a unique Halloween experience not to be missed. This traditional Celtic festival is the celebration of the original New Year’s Eve (Oie Houney) and, in contrast to the British tradition, children carry lanterns carved from turnips, rather than pumpkins, and sing traditional Hop-tu-naa songs.

Horse Drawn Trams
No visit to the Isle of Man is complete without a ride on the Horse Trams. They have carried visitors along the two mile sweep of Douglas Promenade since 1876. 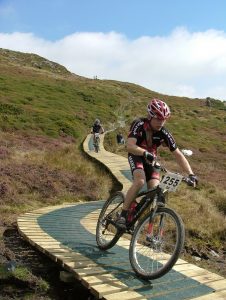 End 2 End Cycle Race
A mountain bike challenge from one end of a country to the other, taking in a variety of terrains and requiring different skills to complete the event. 75km in total. From the Point of Ayre in the north to Cregneash and the Sound in the south.

85 Mile Parish Walk Race
The ultimate sporting challenge on the Isle of Man. An 85-mile walk around all 17 parishes on the Island to be completed within 24 hours. The Parish Walk is a competitive, challenging event and competitors thoroughly enjoy the experience.

Longtail
You can’t say the word spelled R-A-T in the Isle of Man. There are many Manx superstitions relating to the sea and everything possible was done to invoke good luck in search of herrings. To mention a four-legged animal by name was sure to bring bad luck. A rat was called a long tail and this convention is still widely observed by Manx people today.

Viking Longboat Races
This annual event is one of the highlights of the year. Teams of ten rowers race against each other in traditional Viking long boats in Peel Harbour.

Fairy Bridge
Quaint traditions litter the Island. For good luck Manx folk wave at the ‘little people’ who live under the Fairy Bridge near Santon but would not dream of digging up an elderberry bush for fear of disturbing the fairy folk who live in its roots.

Manx Cat
The Manx cat is tailless, if not friendless! It is in demand all over the world by breeders while its origins are subject to folklore. Legend has it a pair of cats were the last to enter Noah’s Ark. The door was slammed, severing their tails.