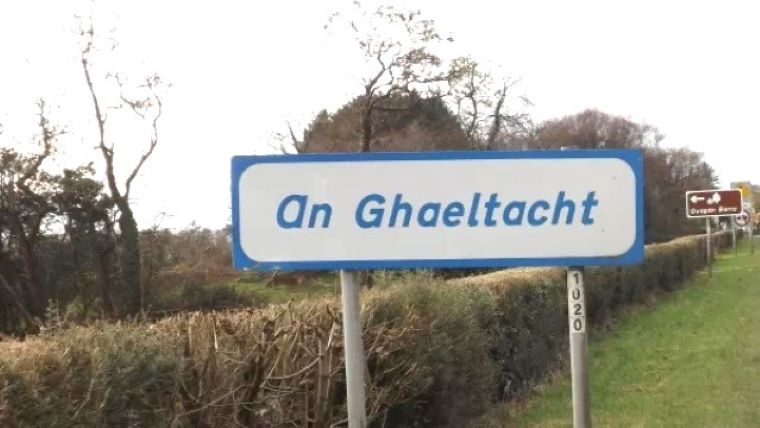 Irish is a Celtic language and, as such, is a member of the Indo-European family of languages. Within the Celtic group, it belongs to the Goidelic branch of insular Celtic.

Irish has evolved from a form of Celtic introduced into Ireland during the great Celtic migrations between the end of the second millennium and the fourth century BC. Old Irish is the earliest variant of the Celtic languages, and the earliest of European vernaculars north of the Alps, in which extensive writings still exist.

During the modern era, the Norse settlement (from 800 onwards) and the Anglo-Norman colonization (1169 onwards) introduced periods of new language diversity into Ireland, but Irish remained dominant and other speech communities were gradually assimilated. During the early sixteenth century, almost all of the population was Irish-speaking. The main towns, however, prescribed English for the formal conduct of administrative and legal business.

The events of the later sixteenth century and of the seventeenth century, for the first time, undermined the status of Irish as a major language. The Tudor and Stuart conquests and plantations (1534-1610), the Cromwellian Settlement (1654), and the Williamite war (1689-91) followed by the enactment of the Penal Laws (1695), had the cumulative effect of eliminating the Irish-speaking ruling classes and of destroying their cultural institutions. A new ruling class, or Ascendancy, whose language was English, replaced the Gaelic influences and, thereafter, English was the sole language of government and public institutions. Irish continued as the language of the greater part of the rural population and, for a time, of the servant classes in towns.

From the middle of the eighteenth century, as the Penal Laws were relaxed and a greater social and economic mobility became possible for the native Irish, the more prosperous of the Irish-speaking community began to conform to the prevailing middle-class ethos by adopting English. Irish thus began to be associated with poverty and economic deprivation. This tendency increased after the Act of Union in 1800. 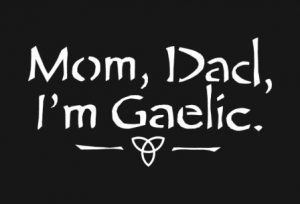 When the population began to stabilize early in the twentieth century, Irish remained as a community language only in small discontinuous regions, mainly around the western seaboard. Today, these regions are collectively called the Gaeltacht. In the 1991 (Irish Republic) census, the population of the officially defined Gaeltacht aged three years and over was 79,563, of whom 56,469 or 71% were returned as Irish-speaking. The number of Irish speakers is a decreasing proportion of the total because, for a variety of complex reasons, some of the indigenous population of the Gaeltacht continue to shift to English, and because new English-speaking households are settling there.

On the other hand, there are many Irish-speaking individuals and families throughout the rest of the island, particularly in Dublin. In 1991 no fewer than 1.1 million people or 32.5% of the total population aged three years or over, were returned as Irish-speaking, but this figure does not distinguish differing degrees of competence and use.

Towards the end of the eighteenth century the Anglo-Irish Ascendancy had begun to develop an academic interest in the Irish language and its literature. Academic interest later merged with a concern for the survival of spoken Irish as its decline became increasingly evident. Language-related activity grew throughout the nineteenth century and, following the establishment in 1893 of the Gaelic League (Conradh na Gaeilge), the objective of maintaining and extending the use of Irish as a vernacular fused with the renewed separatist movement which culminated in the establishment of the Irish Free State in 1922 and the division of Ireland.

The Irish Government has made various provisions for the maintenance and promotion of the language. Irish is an obligatory subject at primary and second level schools. The Department of Arts, Culture and the Gaeltacht have responsibility for promoting the cultural, social, and economic welfare of the Gaeltacht, and more generally for encouraging the use of Irish as a vernacular. The Northern Ireland government has also made strides to support the provision of Irish Gaelic. TG4 has been made available to large areas of Northern Ireland and the BBC is increasingly making information available in the language.