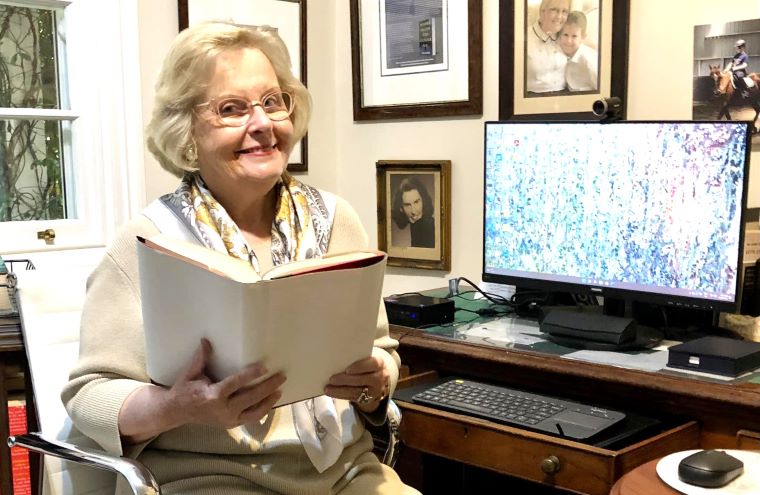 With roots in Ireland, Scotland, England, and Wales, Australian author Victoria draws upon her Celtic heritage to inspire her creativity. Recently we spoke with her about her passion for her profession.

What is your own background?
My heritage is thoroughly British coming from Ireland, Scotland, England, and Wales so I can claim to be descended from Celtic stock. The women especially were amazing people, hardworking, resilient, formidable who suffered hardship and isolation for a better future for themselves and their many children.

Why and when did you begin writing?
I began writing late in life. In my younger adult years, I sang in a semi-professional capacity as an opera singer and alternated that with nursing. The memories I have from those nursing years have given me a firsthand knowledge of trauma which has been particularly useful to me as my chosen genre is crime / espionage, particularly WW2 intelligence warfare.

Are they the same reasons that you continue to write today?
I began writing around 2012 with a story that has never been published. It was my nursery school, and I learned my craft working on this manuscript before turning my attention to a completely different story. Inspired by a question on the television program, “QI” I wrote the first book in the Clement Wisdom Series, “In Spite of All Terror”. From this came a second, “If Necessary, Alone”, then a third, “Where Death and Danger Go” and now a fourth, “West Wind Clear”, and I think it likely there will be a few more to come before the world and I are finished with Clement. Clement is a lovely character; driven by a sense of duty, he is a true hero-type; brave, dependable, and honest. I believe I have a responsibility to portray the places and characters in this series of books authentically particularly as some of the characters were real people. However, I do write fiction; fiction heavily based in fact, but it is fiction and some of the things I do to my characters, real or imagined, may go beyond nonfiction, or may occur at different times or in different locations than was actually correct. 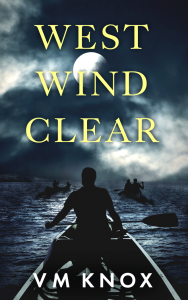 What are the challenges of the vocation?
Accurate research is vital. And this can take days even months. But I don’t consider it a burden, nor do I ask others to do it for me. I love history and enjoy finding remote, even banal minor events around which I can weave a story. It is from these small, seemingly insignificant events that I find my characters. Then the challenge is to weave it in such a way as to make a story my readers will enjoy.

What are the rewards?
Just knowing that people I don’t know are spending their hard-earned money on a book I wrote is a real thrill.  Then a good or very good review cements that thrill.  Royalty cheques don’t hurt but the excitement comes from the readers’ reactions. All my books involved murder. That is my genre. However, the first book, “In Spite of All Terror” is, I would say, more of a murder mystery with a touch of espionage and where we first meet Clement. The second, “If Necessary, Alone”, is more a thriller with a sprinkling of espionage where Clement is removed from his village and the people he knows there, the third, “Where Death and Danger Go” is intrigue, more espionage and the enemy within along with some of the characters from the first two books but the fourth, “West Wind Clear” is set in the Pacific War, around Australia, Timor, Singapore and Indonesia and is mainly espionage with a touch of murder.  And I love it! I love the action and excitement that comes from embedded spies, betrayal, revenge, and action. I feel I have written a satisfying story if the reader is surprised by the identity of the culprit. I mix historical facts with fiction and weave a story. As long as my readers are happy, as they seem to be, I’m happy.

Who are your readers, and how do you reach them?
My readership seems to be broadening. Initially I believed my target audience would be the over 55’s and most likely male. But this isn’t so anymore. I seem to have a balance between male and female readers, older and younger but not young adult. I advertise in Celtic Life International and other magazines specific for the target market and digitally for the younger reader on social websites.

What’s the Celtic community like in your part of the world?
There is a large (for Australia – we have a population of approximately 25 million) group of people of Irish / Scottish heritage in Australia. In my own community there is an annual Highland gathering with Pipe bands, highland sporting events as well as an artistic community making Celtic crafts.

What’s next on your creative agenda?
I have embarked on another book away from Clement and have about three other plots in mind for standalone books, so I never run out of ideas for stories. Then, of course, there will be Clement five, six and possibly seven! Who knows!