The Japanese Garden at Cowden 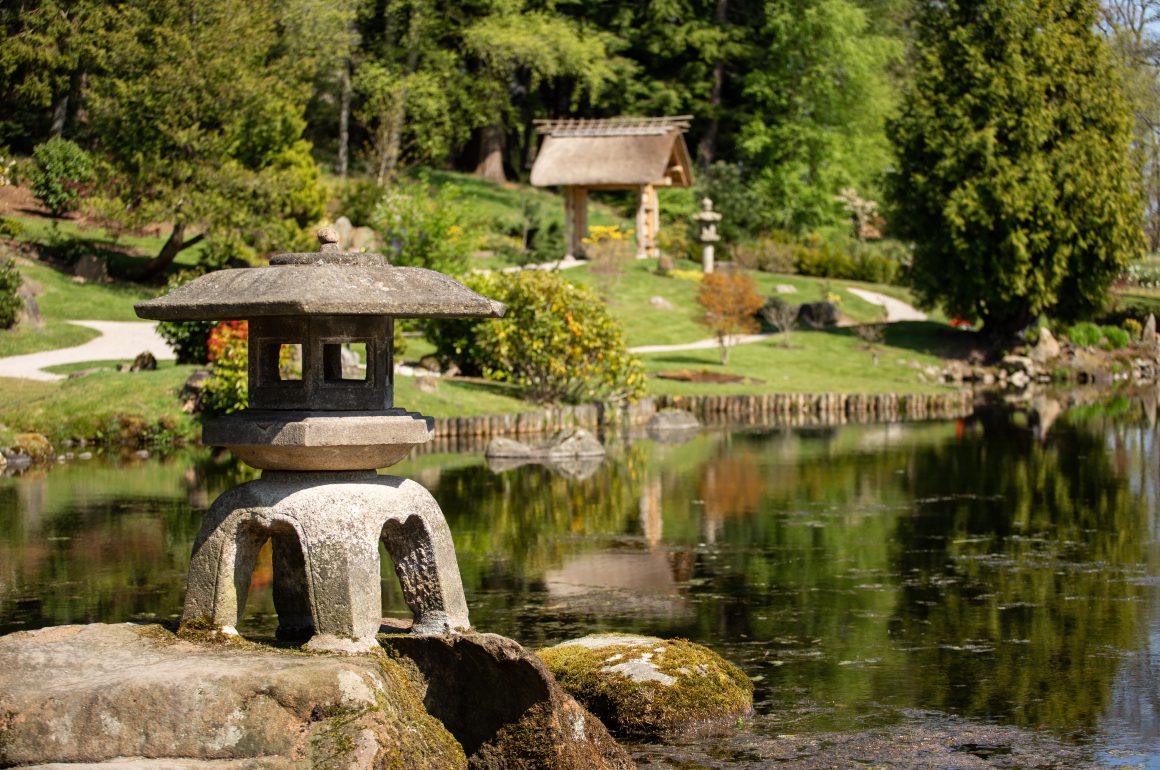 Isabella ‘Ella’ Robertson Christie was a remarkable Scotswoman whose visionary legacy lives on in a Japanese Garden she named Sha Raku En – ‘the place of pleasure and delight.’ Sitting on a wooden bench and looking across the still water of a lochan towards the thatch-roofed Garden Pavilion, and with the faint smell of cherry blossom drifting in the air, I can vouch for the accuracy of the name – Sha Raku En. It is a place of exquisite beauty also.

Christie was born in 1861 in Midlothian. When she was four years of age the family moved to Cowden Castle near Dollar in Clackmannanshire where the climate and soil suited her father, who was an enthusiastic arborist. Being wealthy landowners, the family enjoyed the privilege of foreign travel. By the time of her father’s death in 1902 she had travelled extensively across Europe as well as visiting Egypt, Syria, and Palestine. There then followed a series of ever more adventurous journeys that would have required a considerable degree of fortitude for a single woman at that time. She is known to have visited the ancient city of Samarkand lying on the Great Silk Road linking China and the Mediterranean, becoming the first Western woman to visit the Khanate of Khiva. Her travels took her through India, Ceylon, Kashmir, Tibet, Malaya, and Borneo. She met the Dalai Lama, attended a banquet hosted by the maharaja of Kashmir, and had dinner with Commander in Chief, India – Lord Kitchener. Between 1907 and 1908 she visited China, Korea, Hong Kong, Russia, and Japan. While in Japan she developed an interest in Japanese gardens. In Kyoto she met sisters Ella and Florence du Cane. Together they spent time visiting Japanese gardens. Ella du Cane produced acclaimed watercolour paintings and Florence was a writer. In 1908 they published jointly The Flowers and Gardens of Japan. That same year Christie returned to Scotland and started work on the creation of a Japanese Garden in the grounds of Cowden Castle.

Christie appointed Taki Handa – a female Japanese Garden designer and horticulturalist – to design the garden. She was affiliated with the Royal School of Garden Design in Nagoya, Japan, but in 1908 was studying in England. Handa’s design wraps the garden around a lochan created by damming a small burn running through the estate. Resting at the foot of the gentle slope of the Ochil Hills there is a similarity to geographical aspects of Japan with the slopes of Mount Fuji being noted as a particular inspiration. 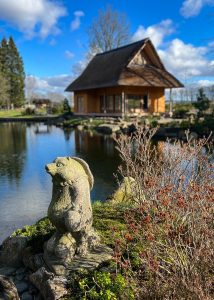 For seventeen years following the garden’s completion Professor Suzuki, the Hereditary Head of the Soami School of Imperial Garden Design at Nagoya visited regularly. Overseeing a team of Japanese gardeners, he ensured trees and shrubs were trimmed and pruned in accordance with the ethos and requirements of an authentic Japanese Garden. Working on Handa’s creation, he acknowledged it as being the best Japanese Garden in the Western World!

Prior to this, no woman had ever been officially credited with the design of an authentic Japanese Garden.

Suzuki wasn’t the only Japanese responsible for the maintenance of the garden. Shinzaburo Matsuo lost his entire family in an earthquake and came to Scotland to embrace a new life as a gardener at Cowden. Arriving in 1925 and remaining until his death in 1937 he became a well-known figure in the local community. Fascinated by the man who had lost everything before coming to work in the Japanese Garden at Cowden and making Scotland his home I went in search of his final resting place. I found it in a small peaceful corner of Muckhart Churchyard only a few miles from the garden he tended for twelve years.

Ella Christie passed away in 1949. Her adventurous, globetrotting spirit resulted in her being in the first group of women to be elected Fellow of the Royal Geographical Society in 1913. She was elected also Fellow of the Society of Antiquaries of Scotland and Fellow of the Royal Geographical Society of Scotland, becoming Vice-President of the latter in 1934. With her death, the garden passed to her great nephew, Robert ‘Bobby’ Christie Stewart. Cowden Castle was demolished in 1952 and, other than being opened a handful of times a year, the Japanese Garden closed to the public in 1955. Sadly, in a single night of mayhem in 1963, it suffered irreparable damage. Four teenagers entered the grounds, set fire to the buildings, destroyed the bridges, and threw the shrines and lanterns into the water. It had taken decades of painstaking work to bring to maturity and it was wrecked in a few hours of wanton destruction.

By the 1980s the garden had fallen into disrepair with vegetation out of control and the pond choked with weeds. Despite its condition, it still attracted the interest of those in the West who knew of its existence, as well as Japanese visitors who understood its significance. During the 1990s the garden passed to Sara Stewart – the youngest daughter of Bobby Stewart and the great-great niece of Ella Christie. With Sara working in London, Bobby spent much of his retirement endeavouring to maintain control of a garden that was succumbing to nature. He used a carthorse to remove trees that were endangering rare shrubs and erected temporary bridges to access the overgrown island. The lochan was drained in 2012 to remove overgrown weeds and to locate fragments of the lanterns and shrines that had been vandalized in 1963. The scale of the task was daunting. As it happened, Professor Masao Fukuhara of Osaka University was in Scotland in 2013. He was responsible for the restoration of the Japanese Gardens at Kew, London and Tatton Park, Cheshire. In 2001 he received the gold medal at the Chelsea Flower Show and his winning garden is now in the National Botanic Garden of Wales. Aware of the importance of the garden at Cowden he requested to visit it. After several hours of soulful contemplation on site he agreed to lead a full restoration project. Commissioned by Sara, he returned in the spring of 2014 with a team of volunteers, associates, and students. 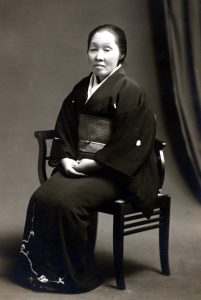 Within two weeks they restored the islands on the west side of the garden, but it became apparent that a significant investment would be needed in order to continue. Sara established the charity, The Japanese Garden at Cowden Castle SCIO, with its purpose being the restoration and maintenance of this historic site. Since its formation the charity has benefited from donations by various foundations and public funds with the National Heritage Lottery being the principal funder of the new Garden Pavilion. Although only partially restored, the garden opened again to the public in 2017. Visitor projections had been set at 10,000 per annum and notwithstanding the impact of Covid lockdowns the garden was able to remain open for eleven months between 2018 and March 2020 and attracted 30,000 visitors. In 2021 it welcomed over 40,000 visitors.

The restoration project is still ongoing. There are plans to build a Japanese Pavilion, housing a restaurant, lecture room, shop, and event space. Existing visitor facilities are adequate but don’t complement the beauty of the place and need to be replaced. Raising funds for such ambitious plans remains the biggest challenge, but speaking with Sara it is evident that she remains passionate about the project, “I am an artist’s agent by trade and I never imagined I would put myself through the cold fear of driving a project such as this from concept to fruition. The garden offers so much enjoyment to so many and I owe it to Ella Christie and all of our visitors to ensure that a day at the Japanese Garden at Cowden continues to be as wonderful and restorative as it was in her day.”