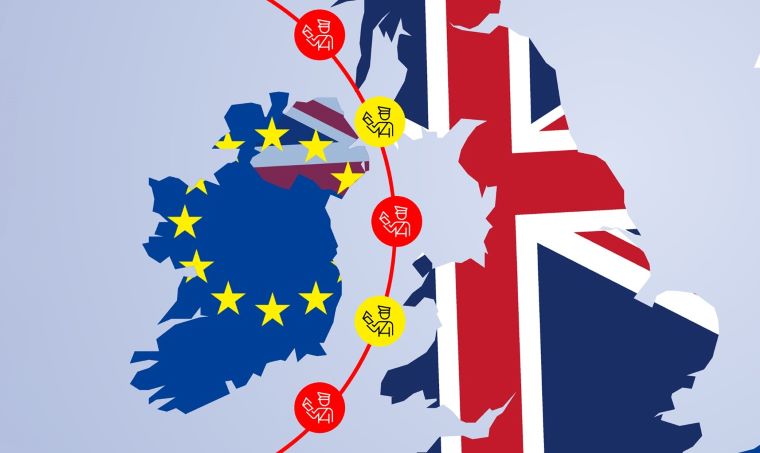 The agreement that provided this bifurcated system is known as the Northern Ireland Protocol, agreed between the UK and the EU last year after an interminable wrangle. The Protocol has infuriated unionists since it creates a border between Great Britain and Northern Ireland. The blame game has intensified in recent weeks as the bite of severance between Northern Ireland and the rest of the UK has been felt. Yet there is no doubt at all about the principal culprits—the DUP—which is the only party on the island of Ireland that campaigned for Brexit; the party that rejected the then UK Prime Minister Theresa May’s Withdrawal Agreement, which was more favourable to unionist interests; the party that stood by the current UK Prime Minister Boris Johnson until he betrayed them. Support for the DUP has been steadily sliding as a consequence of their fatal miscalculation. The UK agreed as part of the Protocol that ‘checks and controls must take place at Points of Entry on goods entering Northern Ireland from the rest of the United Kingdom’. So, customs depots now operate between Northern Ireland and the UK. Besides the painful symbolism of customs infrastructure, many UK businesses and delivery services have ceased trading with Northern Ireland, viewing the customs clearance as not worth the hassle. There will be assembly elections in Northern Ireland next May and senior figures in the DUP know that they cannot pull a rabbit out of this particular hat. A circular firing squad seems inevitable.

If either the UK or the EU deems that the disorientating Protocol is no longer justifiable there is a nuclear button at their fingertips in the form of Article 16. At a stroke, that clause moves the border from Northern Ireland and the UK and repositions it between the Republic of Ireland and Northern Ireland, which has been generally termed a ‘hard border’ on the island of Ireland. Avoidance of such a border was an absolutely central objective of the EU during Brexit negotiations over the past four and a half years. Hardline unionist Jim Allister diagnosed the consequences of the new border down the Irish sea as follows: ‘The infrastructure of the Irish Sea border is the physical manifestation of not just the partitioning of the United Kingdom but the locking of Northern Ireland into the economic orbit of the Republic/EU…Over time, as GB progressively diverges from the EU, we are to be left in its bondage, with our economy by compulsion reorienting away from that of the UK to that of the Republic’. 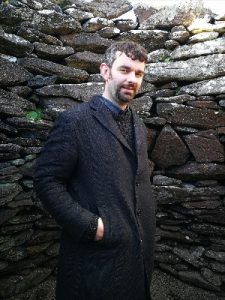 Given how much is at stake and how central the location of the border was to negotiations, it was thoroughly astonishing when, on January 29th, the European Commission authorised the triggering of Article 16. The commission did so in response to a dispute between the EU and a UK-based company over the allocation of the AstraZeneca Covid-19 vaccination. The European Commission failed to even notify the Irish government of its intentions before doing so—on learning of the plans, Taoiseach Micheál Martin immediately phoned president of the European Commission Ursula von der Leyen, who was forced into U-turn on the matter. But, rubbing salt into the sore, von der Leyen has neither explained how this happened nor has she taken full responsibility for it.

The intent to trigger Article 16 gifted DUP politicians with just the right ammunition rail against the Protocol. Once again displaying hopeless political instincts, they initially lobbied the British government to abandon the Protocol. After dithering a little, the minister charged with Brexit, Michael Gove, ruled that out.

In this crisis, London’s objective is twofold. It does not share unionist hostility to the Protocol. Quite the contrary, the wedge that the Protocol forces between Northern Ireland and Great Britain aligns with London’s ultimate (as yet unstated) ambition of jettisoning Northern Ireland. Secondly, the storm caused by the European Commission gives Boris Johnson’s government a much-needed bargaining chip to wring whatever concession it can from the EU to offset the economic turmoil of Brexit for Great Britain. Northern Ireland could not be further from their concerns.

That reality is excruciatingly difficult for unionists to accept. Hence many are still managing to ignore it despite all the signals coming from London. For instance, Alister Jack, Secretary of State for Scotland, wrote recently that the ‘UK government’s position is clear. Scotland is better off within the UK and the UK is better off with Scotland in it’. A similar love letter affirming the UK’s commitment to keeping Northern Ireland in the UK from Brandon Lewis, Secretary of State for Northern Ireland, apparently got lost in the post.

Despite the climate of denialism, some unionists are starting to acknowledge that the momentum is now irreversibly against the political link that is foundational to their identity. Alex Kane recently wrote: ‘The biggest problem for unionism, though, is that the ‘betrayal’ comes from its own parliament and prime minister. That makes it much harder to fight, particularly when opinion polls in England suggest that few tears would be shed if Northern Ireland ceased to be part of the United Kingdom. There’s another problem for them. This sort of ‘betrayal’ does raise a fundamental question: why is your loyalty to a government and broader union which doesn’t seem to care all that much about your fate or constitutional status?’

The teething phases of the new arrangements that frame Northern Ireland have been turbulent and the European Commission has been egregiously irresponsible. But the fundamental consequence of the Protocol remains for unionists to confront. Unless unionism finds a meaningful way to address Kane’s question it will be mired in a spiral of self-defeat.  ~ Maurice Fitzpatrick, February 2021