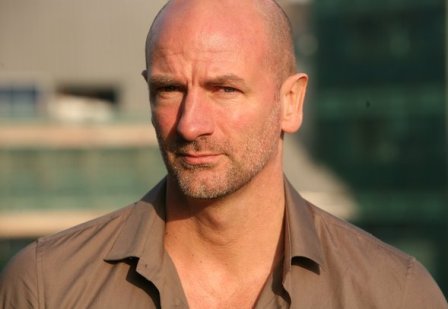 Graham McTavish is shivering as he hails a cab in downtown Philadelphia.

McTavish is in the City of Brotherly Love to film Creed – the latest in Sylvester Stallone’s ageless Rocky Balboa saga, which is scheduled for release this fall.

“Except for Sly, I might be the only actor who has appeared in both the Rocky and Rambo movies,” he laughs. “Sly is a consummate professional on set, and he’s had an incredible ride with Rocky.”

It has also been an interesting professional journey for McTavish. From school-days productions to his current role, the native Glaswegian has seen all sides of the performing arts; theatre, television, cinema, voice-over work for animated films and video games, and more.

“Everything except radio,” he notes. “I just sort of picked up acting as a youngster and ran with it. I have been quite fortunate that way; the work came to me, and I simply put in the hours.”

McTavish’s says his “ah-ha” moment arrived when he was cast as Dwalin in The Hobbit film series.

“It struck me quite suddenly that I had really arrived as an actor, and that I was reaching a pinnacle in my profession. Given the popularity of both the books and the films, the challenge became where I could possibly take my career from there.”

And then, along came Outlander.

“Well, it’s a perfect fit for me, don’t you think?” he grins, referring to his portrayal of Dougal MacKenzie on the award-winning, Diana Gabaldon-inspired TV series.

“Dougal is a complex character,” he continues. “He is a man of contradictions, and very self-conflicted at times. Still, he is someone with a very firm set of principles, and deep down, he has a heart of gold.”

The Outlander experience has been as rewarding personally as it has been professionally.

“I really miss my cast-mates,” he shares. “We are very much a family on set, and it has been good fun getting to know and work with everyone. I still speak with Sam, Stephen, Gary, Grant and Duncan all the time, and I can’t wait to work with them again.”

Filming in Scotland also afforded McTavish the opportunity to trace his own roots.

“In my down time I explored the National Records to get a better understanding of my ancestor’s history and heritage. Though I am the only actor in the lineage, it turns out there is a lot of interesting fruit in the family tree. It was quite revealing, and made me even prouder to have been born and raised in Scotland.”

A staunch supporter of Scottish independence, McTavish was encouraged with the results of last year’s referendum.

“Despite the loss, there were several positives signs; voter turnout was huge, as was the number of young people engaged in the political process. Although the older voters opted for the status quo, the younger voters were decidedly in favour of independence. That bodes well for the country’s future.”

His pride will be on display again this April 11, when McTavish leads the annual New York City Tartan Day Parade.

“It’s a great honour and thrill to be involved as Grand Marshall,” he says. “And it will be exciting to be surrounded by my fellow countrymen and women. I meet expats all the time – the accent gives us away – and I feel that connection, that bond, each time. And, being Scots, there is always something for us to talk about – or, perhaps more accurately – something for us to argue about.”

That Scottish presence is also strong in New Zealand, where McTavish and his wife and children settled in 2011.

“I am amazed at the number of expats I have met there. There are probably more McTavishes in New Zealand than back home in Scotland! And it’s such a lovely part of the world, and a perfect place to raise the kids.

“And,” he sighs, stepping out of his cab and into his hotel, “it’s certainly a wee bit warmer there this time of the year.”