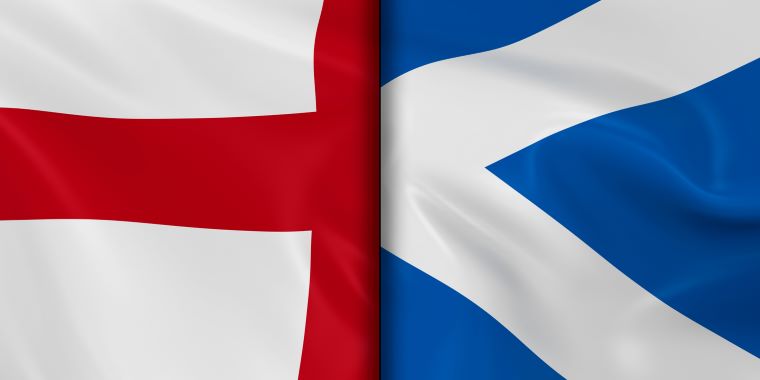 On May 6, 2021, there will be a Scottish Parliament election. Absent a major upset, First Minister of Scotland, Nicola Sturgeon, will lead the Scottish Nationalist Party to an overall majority. Sturgeon’s party may win as many as 80 seats in the 129-seat parliament. In the U.K. general election last December, it won an extraordinary 81% of the Scottish seats in Westminster. Sturgeon has vowed to demand a second Scottish Independence Referendum in the lifetime of the next Scottish Parliament and to publish draft legislation for that referendum in advance of the election. So, in effect, an independent Scotland will be on the ballot next May.

Support for Scottish Independence stands at 53% as against 47% who wish to remain in the U.K. among those who declared their stance in a YouGov poll in August. That is higher than ever before – and the number is growing.

Boris Johnson and his colleagues in the Conservative Party have consistently refused to countenance a second Scottish Independence Referendum since the independence motion was defeated in September 2014. In July of this year, Boris Johnson went North to explain to the Scots how blessed they are to be in a union with Britain. But Johnson’s vapourings hold little sway in Scotland: only 20% of Scots think that he is a good leader.

Brexit is due to be fully implemented by December 31, 2020, and the prospect that there will be a trade deal in place with the EU by then looks increasingly remote. A no-deal Brexit, which Johnson likens to the deal that Australia has with the EU, would be catastrophic and would likely add huge support to Scottish Independence. Even with a deal, by mid-2021 the disruption of Brexit will be a living reality in Scotland (where the electorate voted by a comfortable majority in 2016 against Brexit). Sturgeon will plausibly argue that the negative consequences of Brexit will only exacerbate with time.

In canvassing this perspective, Sturgeon is pushing an open door. The reason that the more and more Scots want to exit the U.K. is that staying means exiting the EU. Back in 2014, opponents of Scottish Independence maintained that Scotland should continue to enjoy the benefits of membership of both the U.K. and the EU – that is no longer possible. Today advocates of an Independent Scotland are bolstered by the fact that the EU will expedite an Independent Scotland’s candidacy to join the EU. 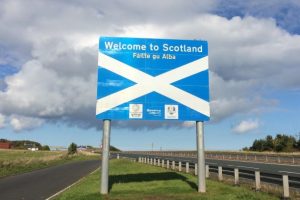 Scottish Independence this time will likely mean a clean break with the sterling currency and the British monarch as head of state – unlike the timorous approach to independence in 2014. Now Scotland separatists would have to nail their colours to the mast properly in a much more meaningful vote.

Britain can only stymie Scotland from holding a second Independence referendum for so long. Pete Wishart, a Scottish National Party MP, stated in Westminster this July that his party would consider ‘withdrawing from the apparatus of the U.K. state’ if the Conservative Party continues to refuse. Wishart elaborated that such a boycott would include ‘participation in institutions of the UK parliament’. That is fighting talk. It will be all the more potent when the SNP gains an overall majority in the parliamentary election next May.

The U.K. without Scotland is completely unsustainable. So, is this how the U.K. will disintegrate? Losing Scotland would bring down Johnson and his government and even destroy his party. The rise of an English nationalist party would likely fill the vacuum created by the Conservatives and the impetus behind Brexit would show its true colours.

Or will it all flop? After all, the union between Scotland and England is over three centuries old. It was born of English coercion and Scottish dispossession, but attitudes and the economies North and South of Hadrian’s Wall have coalesced considerably over time. Besides, retaining Scotland is a matter of huge pride to the monied and influential ruling class in England. The trauma of Brexit has not yet fully hit home, but when it does it could indeed cause a rupture. And it happens that Nicola Sturgeon is the most talented political leader that Scotland has produced for a very long time. It would be foolhardy to bet against her.

And, right on cue, Boris Johnson managed to give the SNP even further justification in seeking independence. Brandon Lewis, the principal U.K. government appointee in Northern Ireland, announced that Britain would be breaking the Withdrawal Agreement it negotiated last year with the EU. As Lewis said in Westminster Parliament on September 8th: ‘This does break international law…We’re taking the power to disapply the EU law concept of direct effect required by article 4’.

Cascades of criticism of Britain’s misconduct from across the world ensued. There is simply no way that the EU will tolerate this behaviour from the U.K. – even if it means export blockades next January. US politicians were equally scathing. As Speaker Pelosi said: ‘If the U.K. violates that international treaty and Brexit undermines the Good Friday accord, there will be absolutely no chance of a U.S.-U.K. trade agreement passing the Congress. The Good Friday Agreement is treasured by the American people and will be proudly defended in the United States Congress’. Meanwhile, Congressman Richie Neal won his primary on September 1st and he will run unopposed in November. So, Neal will remain Chair of the Ways and Means Committee in the U.S. Congress, and that committee will decide whether or not to ratify a trade deal with the U.K. post-Brexit. Neal also happens to be Chair of the Friends of Ireland caucus in Congress and his perspectives on Ireland fully align with Pelosi’s. The U.K. government somehow has managed to miss every warning over the past four years from Congress against its breaking treaty obligations with respect to Ireland and yet hoping for a good deal in the U.S. Congress. Now the U.K. looks set to find out the hard way.

As The New York Times Editorial Board wearily wrote on September 11th: ‘the Brexit serial is back’. Just don’t expect it to cheer you up.