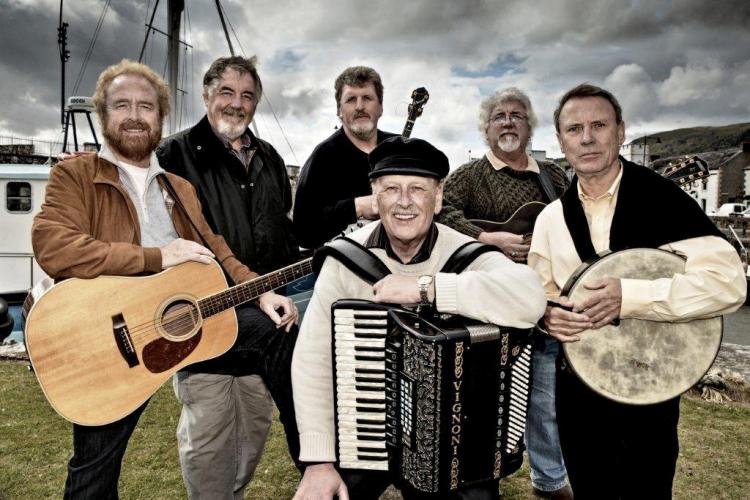 A full 50 years after the Irish Rovers’ break-out hit song about green alligators, long-necked geese, humpty-backed camels and chimpanzees caught everyone’s ear, band founder George Millar is holding out hope for the loveliest of all, the unicorns.

Until now, the jaunty unicorn song – with its story book imagery of Brother Noah building an ark and marching the animals in, two by two, while the unicorns hid and played silly games – seemed to spell the certain death of the mythical creatures.

And while, at 70 – and with more than 50 years in the music business – Millar has a thicker skin, a half-century of seeing the shocked dismay on the faces of generations of children as he sang about the rain pouring down and floating the unicorns away finally got to him. 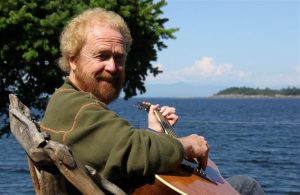 “We have decided to put a stop to all those tears by re-releasing the original recording and adding one more song, a sequel to The Unicorn. We are calling it The Unicorn, the Continuing Story, and it is a part of our 5oth anniversary celebrations,” says Millar from his home in Victoria, BC, as the band prepares to tour the new album across the United States.

Truth be told, the youthful, Irish-born Millar never expected to hear a word about The Unicorn, a last minute addition to their 1967 album of the same name. It is a recording that Millar now views as staggeringly low-tech and short on instrumentation – even with the fancy fretwork of a young Glen Campbell on lead guitar.

“We thought we were done, but the producer asked for one more song. He wanted something a wee bit different, actually a complete contrast to the other songs on the record.”

Band members looked at each other and immediately agreed that The Unicorn, written and released a few years earlier by Shel Silverstein, qualified as different. They’d already been playing it in bars and coffee houses, so quickly recorded it in one take, without drums or piano, to complete the album.

“We’d noticed that when we sang it the beer glasses would be set down on the tables and the conversation would fade away as everyone listened.”

The add-on song became the album’s title track and climbed to top of the charts, though it took the band a while to catch up with it. The minute the recording was done they took off for Colorado where they were booked to play in Aspen and Vale for several months. 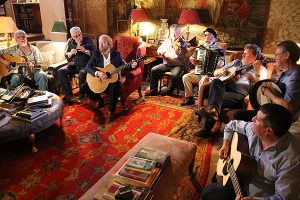 “It might be impossible for young people today to appreciate, but we had very little contact with anyone back then – limited radio, no television, no internet, no cell phones, you didn’t even make a long distance call unless you absolutely had to. We had no idea what was going on with the album while were playing and partying in Colorado.”

No idea at all until they were back on the road, nearing California early one morning. It was 3 a.m. and the car radio was on, though most of the Rovers were asleep until somebody yelled, “Oh my God, it’s us!”

“We woke in a terrible hurry and heard a radio host, who happened to be an Irish lad, talking about a hit song and playing The Unicorn. We pulled over, jumped out of the car and raced around on the side of the highway, screaming and hugging each other, hardly believing our ears.”

It was, Millar now knows, a pivotal moment for the Irish Rovers who went on to tour internationally to packed houses. At the time, however, it was just a few minutes of unadulterated joy for aspiring musicians who had been only earning just enough for smokes, beer, and gas to their next gig.

The Unicorn reached No. 2 on US adult contemporary charts and sold 8 million copies, with versions eventually recorded in French and German. It also led former band member Will Millar, George’s brother, to open a chain of pubs called The Unicorn.

“When we were recording the album, our second, we were hopeful we’d sell 7,000 or 8,000 copies and that would give us a hell of a pay day, by our standards.”

With the 5oth anniversary album and tour Millar, who immigrated to Canada with his family as a teenager, introduces a hopeful, new possibility for the adventurous unicorns. 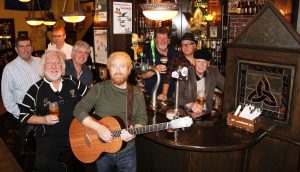 “I got to thinking about our cold northern waters, about old Inuit tales and the mysterious narwhal. I imagined there might be a connection, a happier ending with the unicorns transformed, but still frolicking.”

Other songs being re-released on the new album include The Black Velvet Band, Come In, The Man from Mullingar, Muirsheen Durkin, The Orange and the Green, Kellswater, The Wind that Shakes the Corn, Little Bridget Flynn, The First Love in Life, and Brady of Strabane.

Millar is joined on the new album by original Rovers members Wilcil McDowell, from Larne, Sean O’Driscoll from Cork on banjo, Ian Millar from Ballymena on vocals and guitar, Morris Crum of Carlough on accordion and keyboard, Scottish-born Canadian Geoffrey Kelly on flute and whistles, fiddler Gerry O’Connor from Dundalk, and Fred Graham, originally from Belfast, on drums.

Millar, who saw 15 other Rovers’ songs make it onto the charts, including Wasn’t That a Party, marvels at the differences in making music today from 50 years ago, when all musicians and equipment were brought together in a studio.

“Now we start out with me on Canada’s west coast, just my voice and a guitar. We then send those tracks to Ireland where Wilcil will add on his accordion, and then down to Cork for more additions. The music goes north to south and back and forth across the Atlantic before we take off the first voice and put on the final voices.”

Reflecting on the original band, he noted they were a fun-loving Catholic-Protestant mix, the sons of folks who got away from religious and political tensions in Ireland, thinking they could do better for their families in Canada. 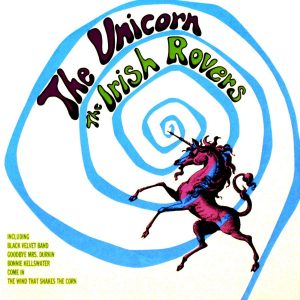 “As a band we left politics out except maybe the odd song that went back to the 1798 Rebellion. We left the rebel songs to the Clancys and The Wolfe Tones and stayed away from religion, too, except for a funny song, The Orange and the Green. As far as the current band goes, I suppose we are still Catholic and Protestant – with maybe a few atheists thrown in – but we still prefer to sing about fun, whisky, horses and pretty Colleens.”

A half-century later, Millar still isn’t sure what made The Unicorn such a massive hit.

“It is iconic, in a category with Puff the Magic Dragon and a few Beatles songs. We thought it was a silly little song, but it turned out that the joke was on us. It brought us great luck.”

Back in 2013 the Rovers announced their farewell tour, but Millar notes that new dates keep popping up.

“I guess we’d have to say it is an extended tour. It is still going on, and before you know it we’re apt to be working on another recording. At this point, I’m thinking we’ll call it No End in Sight.”