To Leicestershire With Love 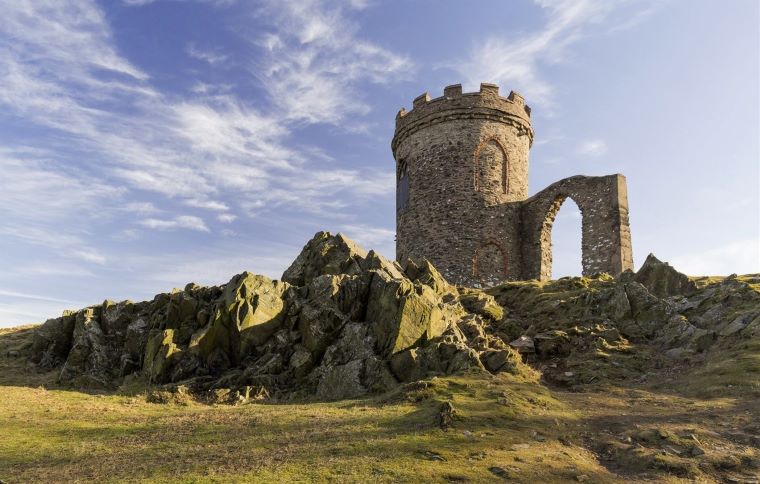 My quest for connecting with as much of my personal past as possible had my wife Linda and I – and our West Highland Terrier, Kelty – traipsing around various parts of the U.K. looking for several military bases where my father, George “Sonny” Choyce, had been stationed during World War II. We hadn’t had much luck finding them many had been turned into industrial estates or we were simply turned away due to our mere civilian status. Our last hope was the air strip at Abbots Ripton, the American base with the notoriously bad food that had so disappointed my ravenous father.

We had miles to go before our sleep and Linda was getting a bit tired of our military quest. When we arrived in Abbots Ripton, I stopped at an ice cream shop and asked about the old American airfield. The young woman serving a customer a banana split had never heard of it. She asked an older colleague – a woman who looked quite a bit like actor Judy Dench – if she knew of such a place, but she shook her head no. Then they both gave me a look that suggested I was up to something no good. At least that’s how I interpreted it. So, I left.

Outside, some men were drinking beer at a picnic table beside their motorcycles, making me realize the place was more than a mere ice cream parlour. I thought I might give it one more go so I walked over and asked if they knew of the airbase.

They laughed, as you would expect beer drinking motorcycle men to laugh on such occasions. “No,” a bearded fellow said. “We are not from here. We are German.”

By this time, it was late afternoon; Linda was restless, and so was Kelty, and it was time to give up on the war and move on to Leicestershire. Which we did.

Driving north, I reflected on the Celtic heritage of Leicestershire, realizing most folks wouldn’t peg the place as purely Celtic in any way shape or form. 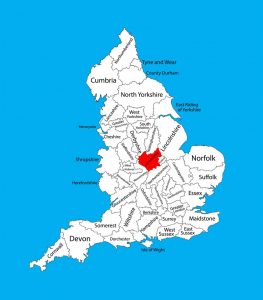 Somewhere, I had read that the county was most famous for its cheeses (think Stilton, Red Leicester) and pork pies as its formidable contribution to the so-called “English cuisine.” In the Middle Ages, you’d be bragging to your neighbours if you had a fine pair of woolen socks or breeches made from the Leicestershire sheep and knit by proud folks from there.

But well before all that, a Celtic tribe or tribes referred to as the Coreiltauvi had occupied the region.

They had armed the rich land and had small organized groups with rulers whose names were sometimes inscribed on coins along with images of horses and wheat.

Recently, I had been trying find out more about the Coreiltauvi for selfish reasons. That is, I was under the impression – or perhaps delusion – that these agrarian folks may well have been my ancestors as the Choyces came from this part of England. In my research, I read in The Guardian about the recent flurry of excitement concerning the discovery of a shield made out of bark that was 2300 years old. Archeologist apparently went into a frenzy over this item found near the Soar River. They called it “phenomenal” as well as a “marvellous, internationally important find.”

Julia Farley, of the British Museum, told The Guardian, “So often it is gold which grabs the headlines, but this bark shield is much rarer.” Matt Beamish who was on the expedition that found the object said, it was “like a whalebone corset of split hardwood” combined with other green wood and formed into something like a fat figure eight.

Apparently, it was the only bark shield found in this part of the world. And therein was reason for the excitement.

Thinking about such unlikely but baffling archeological wonders, it occurred to me that these distant relations of mine must have been fighters as well as farmers, although  a bark shield didn’t sound like much of a defense against someone trying to stick a sharpened metal pole into your abdomen. But I could be wrong because, quite honestly, what do I know about bark shields?

Returning to the automotive present from my speculation, I realized that perhaps I had done a bit too much Celtic reflection. I pride myself on my map reading abilities and never fully trusted Linda’s Navigon, but as we continued to wend our way north I broke out of my reverie only to discover we were much farther from our destination than I thought since I had mixed up the A1 highway with the M1. I was convinced we were on the M1, but we were actually cruising its lesser cousin, the A road. Buggers.

So, I have little to report about anything of great interest occurring as we drove past Sawtry, Wittering, Tinwell, Woolsthorpe-by-Colsterworth and Long Bennington. And I won’t bore you with details about the longish drive west along A47 through places like Tugby and Skeffington which no doubt are delightful towns to while-away an afternoon if you had the inclination. We slipped around the metropolis of Leicester where I am sure some of my ancestors visited when they wanted to go to a big city.

Not far from our destination, outside Loughborough, we passed a very large doggy establishment called Dogs Trust. It looked like a resort of some sort, so I asked Linda to look it up on her smartphone. We discovered that it was a national organization whose purpose is “To bring about the day when all dogs can enjoy a happy life, free from the threat of unnecessary destruction.” Dating back to 1891, it is an enormous organization for helping dogs. It was originally called the National Canine Defense League (which I rather prefer), a name that sounds powerful and militant whose members campaigned against vivisection, muzzling and chaining and had a particular hate-on for railway companies that mistreated dogs.

Back in the early days of the space race, they railed against the Russians for sending dogs up into space and even held a special vigil for Laika, who died while orbiting the earth. 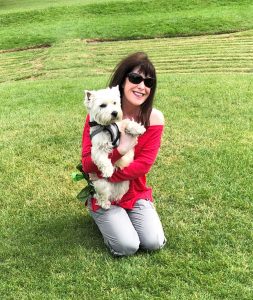 Dogs Trust claims that they never “put down” an animal, and that they sponsor Dogmobiles that “rehome” as many tail-waggers as possible. I had never heard of them before, but it is likely that almost everyone in the U.K. knows someone who supports them or received their family mutt from these dedicated dog devotees. Learning about them did my heart good. They don’t like “docking” of tails either and do not have kind things to say about the fox hunting crowd.  In 2016, they found proper homes for over 13,000 dogs.  Way to go, Dogs Trust. Their slogan is “A Dog is for Life, not just for Christmas.” Most recently, they have been campaigning against puppy smuggling, a crime I was heretofore unfamiliar with.

Clearly, the Dogs Trust members were our kind of folks. I gave them a silent but emphatic salute, patted our much-loved Westie, and drove on.

With great relief we pulled in the driveway of Number One, Church Close, Osgathorpe to find our no-name rental apartment above the garage alongside an opulent looking home sitting on a small parcel of land adjacent to a magnificent large pasture with roaming horses. Way back in 1871, John Marious Wilson wrote, “OSGATHORPE, a village and a parish in Ashby-de-la-Zouch district, Leicester. The village stands on an affluent of the river Soar, 2 miles NNE of Swannington r. station, and 5 ENE of Ashby-de-la-Zouch; and is a pleasant place.” Perhaps that is more than you need to know, but I am pleased to report that it is still a pleasant place. After trying to track down old American airfields, pleasant was what the weary travellers needed. That and a spaghetti dinner.

And, think of it, here we were, not far from the very river where the celebrated bark shield had been found.

I took Kelty for a long walk down a country road that led out of the village and into unpopulated rolling hills that had not changed for several centuries. The birds were singing, and I wanted to name them all but could only give names to the magpies and a large family of squabbling crows that ruled one tall gnarly oak tree by a stream that was undoubtedly a tributary of the Soar. Along with the birds, there were rabbits, cows, horses, green fields and blue skies straight out of a water colour painting.

Later that evening, we watched a movie called Identity on our computer. The IMDB description of the film reads, “Stranded at a desolate Nevada motel during a nasty rain-storm, ten strangers become acquainted with each other when they realize that they’re being killed off one by one.” It was just the thing to counter our bucolic location in the lush English countryside.

In the morning, we heard our host open up the garage door below and fire up what sounded like a fairly souped-up sports car with a modified Thrush muffler. When I peered out the window, I saw him and his wife driving out of Church Close in an impossibly swanky space-age vehicle. The car in question turned out to be a McLaren, a vehicle whose base price tag is $285,000 U.S., or £222,000. I had never heard of a McLaren, but it is a most impressive vehicle. I watched as the driver tooled off down the lovely country lane that I had walked with Kelty yesterday and thought it would be a fine thing to drive around in with the top down and your scalp warmed by the gentle sunlight. It is a two-seater – so you couldn’t take the whole family – but Linda and I could probably squeeze the dog in, although I doubt I wouldd find any place in the U.K. where I could give the car a full workout as it is rated to go 196 mph if you push the pedal to the metal.

As we drove off in the morning in our humble Fiat, I kept wondering what prompted a person to buy such an expensive toy and, if you had so much money to burn, why would you be renting out your flat above the McLaren to a travellers like us? Petrol money, I supposed, or perhaps just good old Leicestershire hospitality. ~ Story by Lesley Choyce