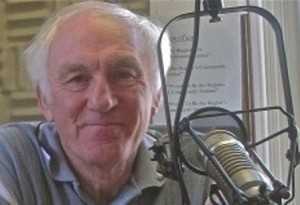 Each Sunday afternoon, listeners in Kitchener, Ontario are treated to 90 minutes of great music and discussion on CKWR’s Celtic Connections. Host Tom Quick shares the details with us.

What is your own ethnic heritage / background?
I was born and raised in St. Ives, Cornwall, and as you may know Cornwall is one of the seven Celtic nations, which makes me Celtic by birth.

When and why did you become interested in Celtic culture & music?
When I was at school, I was involved in folk music and dance, which gave an early exposure to Celtic culture, through public education at an early age.

When did the radio show start?
CKWR FM had a long running radio program called Irish Horizons. Three years ago, when the host of Irish Horizons retired, I was asked to take over the program by the President of the radio station.

What is the program’s mandate?
For a long time, I felt the program was restricted by the name Irish Horizons. I was aware that there was so much more Celtic music, which was not getting exposure on the show because the program focused on Irish music and culture. I was also interested in using more Canadian content. There are many great Canadian musicians working in the Celtic genre, but not necessarily Irish. I started doing some research, and as of now, Celtic Connections plays music from all seven Celtic nations, with a strong emphasis on Canadian content.

What are the challenges of putting the production together?
The challenge for me was getting the material from artists around the world, that I required to make Celtic Connections successful. I have been very encouraged by the support that I have been getting from not only Celtic record labels and companies specializing in Celtic music, but also individual artists. Support from the Celtic music community has been great. I have been sent many great recordings from all over the world, and I try to play them all, and build a network of support for Celtic recording artists.

What are the rewards?
It has expanded my musical horizons because my forte is classical music and Salvation Army music. So really, I’ve been on this journey of discovery. Another reward has been that during the summer months, I’ve had the opportunity to travel to many of the Celtic festivals in Ontario where I’ve been able to personally meet many artists from the Celtic communities in the United Kingdom, Canada, and the United States.

Who are your listeners?
Over the airwaves, the Celtic community in Waterloo Region and beyond is listening, including Brantford, Woodstock, and Guelph. The show is also streamed live on the internet, so really people are listening all over the world. Celtic artists also listen, and from time to time they request a copy of the broadcast.

Aside from radio, how are you involved with the Celtic community there?
My objective is to give as much exposure to Celtic artists and music as I can.

Are we doing enough to promote and preserve Celtic culture generally?
I’ve really been impressed with what’s being done in Eastern Canada, regarding the Celtic music scene.We don’t have a large Celtic presence in the Waterloo Wellington area, but I try to support them by going to their concerts and also promoting their concerts on the radio show

What’s next on your agenda?
My agenda was changed about a month ago, when I changed the radio show from Irish Horizons to Celtic Connections. I continue in my efforts to contact different Celtic groups in the world, and I would like to increase the music from Brittany and the Isle of Man, so really the focus is on expanding coverage of smaller Celtic nations. I’ve been truly blessed by the support I have received, but I realize there is still a long way to go as far as the program, because there is so much more great Celtic music out there to explore.