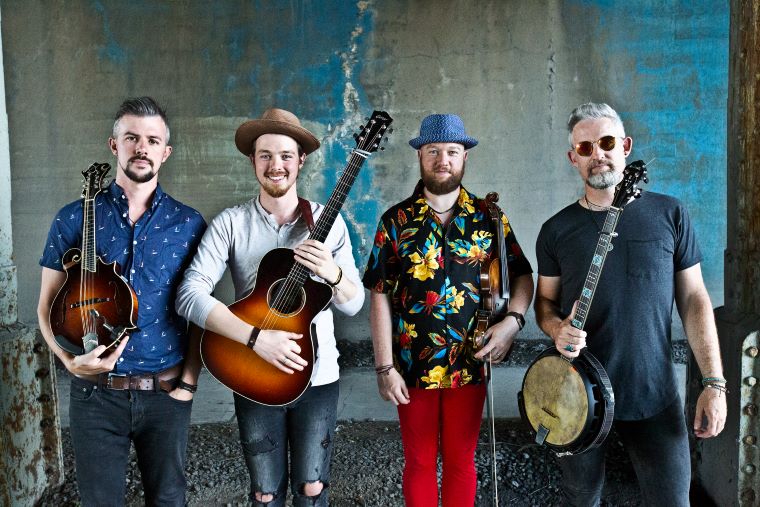 Galway’s We Banjo 3 – who are actually four, comprising two sets of brothers (Enda and Fergal Scahill, and Martin and David Howley) – will act as ambassadors for the city during a busy year of touring. The band will also host 100 of their most enthusiastic fans for a three-day sojourn along Eire’s west coast – a region that nurtured their distinctive blend of Irish and bluegrass music known as “Celtgrass.”

The quartet released their debut album Roots of the Banjo Tree in 2012. Since then, they have toured extensively, receiving critical and popular acclaim both at home and abroad.

The group grew up playing music in the city’s many pubs and regularly performed a summer show for tourists called Siamsa na Gaillimhe – a celebration of the area’s music, dance and song.

“It was wonderful to hear different languages and to meet people from so many different countries enjoying our culture,” says Enda, who plays banjo, mandolin and tenor guitar.

“We have always been deeply invested in the success of Galway as a cultural place.”

Galway 2020 celebrations coincide with a big year on the road for the band. A U.S. tour will run from January through March. In addition, U.S. festival dates will take place over the summer months, and a fall tour is in the pipeline also.

Through it all, the band remains true to the sound they created when they started playing together as teens after childhoods steeped in Irish music.

Martin Howley, who plays banjo, mandolin and tenor guitar, explains that the four members were raised on Irish traditional and folk music, which they later melded with Americana, bluegrass, folk and more modern influences. 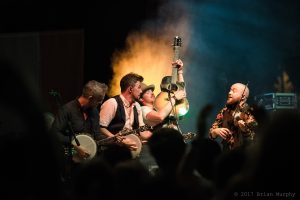 “It is a real mix, we try to listen intently to what we have the privilege of being exposed to, and all that informs the journey of We Banjo 3.”

“I guess you could label us as Irish folk,” adds his brother David, who plays banjo, guitar and handles vocals, “both the foot stompin’ type and in the truth telling way,”

The band members love the roadwork but acknowledge that the heavy touring schedule can take a toll.

“There is a massive shift that has to happen every night once you walk off stage, get back in the van and end up in your room to the sounds of the deepest silence that you have ever heard,” says David.

“We are very fortunate to be family – it eases the burden of being away from home and our own respective families. When someone gets sick or is just having a harder day than usual, we rally and find a way to prop them up, and that torch passes its way around the van a lot.

“We love what we do. It does take sacrifice, but that sacrifice is so worth it…”

The band of brothers have been supporting each other for a long time, beginning around Enda’s kitchen table in 2009 as an experiment in playing old-time American music on Irish banjos.

“It was only ever intended to be a hobby as we were all in university or with full-time employment,” Enda said. “And, at the start, it was just three banjos.”

It didn’t take long for them to find an audience.

“People loved the concept, and before we knew it, we were selling out shows all over Ireland,” Enda continues. “We also very quickly reached the limit of what we could achieve musically on just three banjos.”

That changed when, in 2012, they were invited to play Milwaukee Irish Festival.

“We knew that the event was too big for us as a trio, so Fergal came for the weekend and played the fiddle,” Enda recalls. “We had no idea of the impact that weekend would have on the rest of our lives. So here we are, seven years later, a four-piece band called We Banjo 3 with mostly one banjo, three Billboard #1 albums and playing to over 500,000 people live in the U.S. every year.”

To Fergal, who also plays guitar and bodhrán, a good song makes the listener feel something. “It is the emotion that goes into the writing that makes the song.”

“Our best songs and tunes are the ones we all guided to fruition,” adds David.

Enda believes that Celtic music is currently as strong as it has ever been, but commercial pressures make it difficult for young bands to get a break. Bodies such as Culture Ireland play a vital role in supporting travelling groups and in promoting Celtic culture worldwide. Like We Banjo 3, Galway 2020 is bound to help spread the good word.