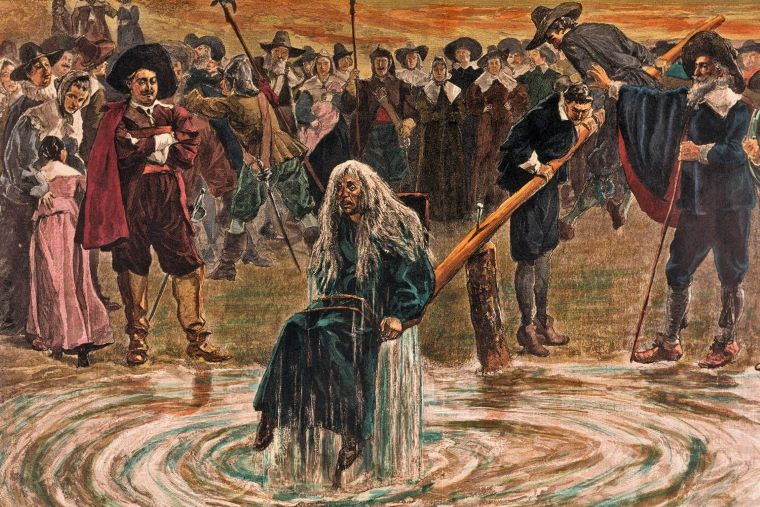 From 1563 until 1753, the Witchcraft Act was part of Scottish law, making “witchcraft” a capital crime. During this time, an estimated 3,837 people – mainly women – were accused of the practice in Scotland. Many of the accused were tortured and subsequently executed. While the Witchcraft Act has been history for centuries, there has been no pardon or apology to those who suffered because of the law. Claire Mitchell and Zoe Venditozzi hope to change that with their Witches of Scotland campaign.

Mitchell is a criminal lawyer by trade. She first became interested in the witch trials while researching George Mackenzie of Rosehaugh (a.k.a “Bloody Mackenzie”). The Scottish barrister was known for his brutal prosecution of the Presbyterian Covenanters.

While reading about a 2004 crime – two teenage boys were found guilty of “violating of sepulchre” after taking Mackenzie’s skull from his grave in Greyfriars Kirkyard (they were the first people to be charged with such a crime in more than a century) – and studying the history of Mackenzie in the Faculty of Advocates library, Mitchell found an old biographical account of Mackenzie’s life. The work noted that Mackenzie had also been involved in the witch trials, and he doubted many witchcraft accusations. In fact, he generally attributed confessions to torture. The book also “talked about the torture of a poor woman who was so demented with her accuser saying she was a witch, she asked them, ‘Can you be a witch and not know it?’” recalls Mitchell. She sympathized with this bewildered woman who had no one to defend her.

“That really effected me. I have that really strong, instinctive sense of wanting to make things just and things right. And that story really stuck with me.”

So began Mitchell’s research on the witch trials. Later, upon reading Where are the Women?: A Guide to an Imagined Scotland by Sara Sheridan, Mitchell realized just how much historical women have been sidelined in public spaces. During a walk in Princes Street Gardens, it struck her even harder. “I thought, ‘there’s no evidence of women here’ – there are no statues to women, their names aren’t on any plaques. And there are a lot of plaques and statues in Princes Street Gardens.”

There are even statues of a bear and of a dog. “Not only isn’t there anything that records good things about women, but there isn’t anything in Scotland that records the fact that thousands of women suffered a terrible miscarriage of justice.” 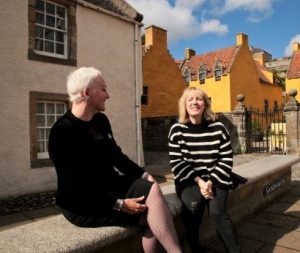 This realization sparked anger and urgency. “I just stomped home and wrote the Witches of Scotland manifesto,” says Mitchell.

In addition to a pardon and apology, the campaign is also pushing for a national memorial dedicated to those accused and convicted of witchcraft. This memorial would differ from existing monuments such as the Witches’ Well in Edinburgh, which marks a site where many accused witches were murdered. The plaque (mounted above the well in 1912) reads, in part, “some used their exceptional knowledge for evil purposes while others were misunderstood and wished their kind nothing but good.” There is no admission of wrongdoing in the inscription, and it still assumes that those killed were, in fact, witches. “It doesn’t even acknowledge there was a miscarriage of justice,” notes Mitchell.

As luck would have it, Mitchell met author Zoe Venditozzi through mutual friends. The two bonded over an interest in true crime stories and even floated the idea of a true crime podcast, but Mitchell decided to prioritize the Witches campaign first. So, Venditozzi got on board and the pair started the Witches of Scotland podcast. In the beginning, the pair thought they might end up with a few episodes, but now there are dozens of available installments. The show discusses a variety of issues related to the witch hunts in Europe and beyond. For example, Mitchell and Venditozzi spoke to archaeologist Douglas Speirs about Lilias Adie: Scotland’s most well-known accused witch. “Lilias is famous because she’s the only one where you can actually go and see her grave,” notes Mitchell.

Adie died in prison in 1704 and was buried in Torryburn.  The burial site was robbed in 1852 and her remains are now considered missing. In September 2019, a search was launched so Adie can properly be put to rest. The following year, three plaques were placed on the Fife Coastal Path to commemorate the accused women of Culross, Torryburn and Valleyfield.

Mitchell and Venditozzi aren’t the only ones passionate about getting justice for accused witches. Mitchell was surprised to find how many other people are taking it upon themselves to research. Some are doing so independently on their own time. Others, like researchers at Edinburgh Napier University, have undertaken formal projects. Dr. Nicola Ring, a nurse and associate professor at the university, is leading a study which highlights the ways in which nurses and midwives were branded as witches and persecuted. Ring and her team are supporters of the Witches of Scotland campaign.

“I didn’t expect the number of people who are interested in the witch hunts and have been pursuing their own inquiries,” says Mitchell.

“Also, the number of people who, with their own money, put up markers to where women were killed as witches.” 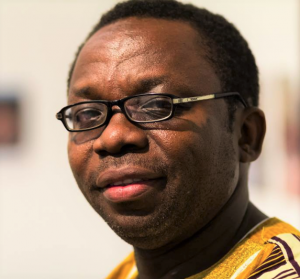 Since the Witches of Scotland campaign launched, Mitchell and Venditozzi have been contacted by people living in places where “witchcraft is still used as a method of persecution against vulnerable groups,” says Mitchell. Leo Igwe was one of those people.

Igwe is a Nigerian human rights advocate who founded Advocacy for Alleged Witches (AfAW). “We need to check the activities of our so-called pastors and other self-styled men and women of God who use the Bible or Holy books to perpetrate and justify atrocious acts and human right abuses,” he wrote in 2008. In particular, he has spoken out against Helen Ukpabio: founder of the Liberty Foundation Gospel Ministries in Cross River State, Nigeria.

On the podcast, Igwe noted that men, women and children all face accusations of witchcraft, but it’s often easier for accusers to target women and children. “Women occupy a weaker social position, and they are seen as those who the label of witchcraft could easily be placed on, with little or no consequences,” he explained. “The children that are targeted are sometimes children from dysfunctional homes.”

Igwe “thought it was really important that we were doing something like this, because it helps him say, ‘look, here is another country telling you that this is rubbish,’” says Mitchell.

Mitchell and Venditozzi have recently developed yet another goal: helping to create a Museum of the Witch Hunts in Scotland. “People really want to know about their own history,” says Mitchell. She points out that places such as the United States and Iceland both have museums on the topic, and those countries had relatively few people die as a result of the witch hunts. “We think a good way to memorialize the women would be to have a museum of witch hunts. We are adding to our list of what we want to do, and that’s the most recent – and certainly one that’s caught the public imagination.”

Mitchell also notes that this is more than educating about the past. It could impact the future, as well.

“If we think something like this can’t happen again, then we don’t know history. These things do repeat if we don’t address them.” 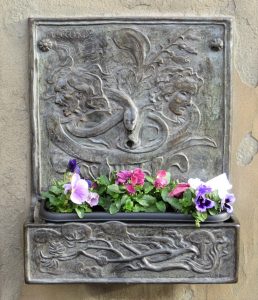 And she is right. “Satanic panics” – and the fears that spawned them – are part of humanity’s more recent history as well as our present. False confessions are also a prevalent issue. “There have been so many miscarriages of justice throughout the centuries right up to now, because people are convicted on false confessions,” muses Mitchell. “In terms of criminal justice, it has a very modern resonance.”

Although the Scottish Government has not committed to any subsequent action, it did respond to Mitchell and Venditozzi’s lodged petition in March. In part, the statement read, “The Scottish Government acknowledges that those accused and convicted of the offence of witchcraft were women who faced discrimination and had very little protection in law from allegations of criminality including witchcraft.”

As far as supporters of the Witches of Scotland are concerned, their advocacy for those women will no doubt continue. ~ Story by Rebecca Dingwell