Your Roots Are Showing 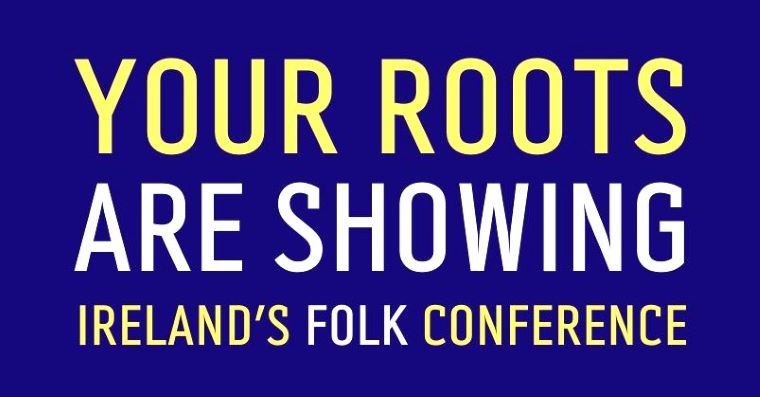 Ireland’s inaugural Your Roots Are Showing Festival begins this week. Recently we caught up with the event’s Creative Director Brendan McCreanor to discuss what audiences can expect over the coming days.

What are your own roots (personal and professional)?
How long have you got? I started playing Irish traditional music on the whistle from the age of 6. I then went on fiddle, flute and settled on the uilleann pipes for the longest time. I went through a typical Irish traditional music background entering competitions and playing in sessions. I then went on complete a Applied Music Hons Degree in DkIT which incorporated traditional, pop and classical music. I still have dear friends there who I am in contact with daily some of whom are actually involved as panelists at Your Roots Are Showing. Professionally I started playing music at the age of 16. I have played at Celtic Connections in Scotland a couple of times; at Folk Alliance when in Montreal in 2019; St Patricks Day in so many countries including Italy, America, Russia, Malta, and Spain. Uilleann pipes have remained my favourite instrument, but I have a renewed interest in the fiddle over the last while during my 3-month creativity residency at An Tain Arts Centre in Dundalk. There I was involved in a number of productions, but I also spent my time researching Celtic music from Asturias as well learning music from Central and South America.  I teach a number of instruments both online and in person. I work as a hospital music with Music Health Ireland and with Azure Alzhiemers sessions at the Highlanes Gallery Drogheda.

Where do you currently reside, and how old are you?
I currently reside in County Louth, Ireland. I am old enough to know better to start running a folk conference and young enough not to care. But to answer your question, I will be finishing up this conference shortly before my 40th birthday. 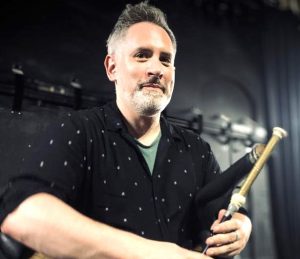 When and why did you first get involved with the conference?
I am co-owner of Lark and Owl Ltd, an event management company based and started in 2021 in Monaghan. My business partner Charlene Sloan and I felt it was something that was missing from Ireland. We had the idea for an expo -conference -convention between us in different forms during our conversations over the years. During lockdown we listened to a lot of music from around the world so we both agree we were inspired by this to create Your Roots Are Showing. I tend to listen to a lot of podcasts. Some of these are about folk stories from around the world so I feel that bled into our planning too. We spoke to a few other people in the industry, and they agreed it was something that was lacking from the music calendar in Ireland. Rather than acts, performers or bands travelling all over the world for information and to showcase to the wider music world community why not bring the buyers and experts to Ireland. As a musician myself I know the costs and concerns of travel, accommodation, and visas. For bands who are starting out or at a mid-level in their career it’s these factors that could make or break their progression to the next stage. It also benefits the musicians coming from the rest of the world as Ireland can then be looked upon as the gateway to Europe.

What are the challenges involved?
Being taken seriously in your first year, finding the right team to accomplish this massive undertaking and learning to take breaks.

What are the rewards?
Being taken seriously in your first year, finding the right team to accomplish this massive undertaking and taking breaks. Our first break will be on January 27th. We were just looking over emails there recently and noticed that this started in October 2021.  But frankly, our reward as organisers is providing and seeing other musicians gaining access to the people, resources, and knowledge they need in one place in order to advance their careers.

What is the conference’s core mandate?
Your Roots Are Showing is Ireland’s newest and largest annual folk, roots, and traditional music conference was created in order to bridge the gap for music industry professionals between all the other continents and Europe, embracing multiple music genres. The event provides opportunities for showcasing, professional development, and networking for artists and music industry professionals in Ireland and the international folk community, with tailored programming for people at all stages of their careers, from emerging to export ready. 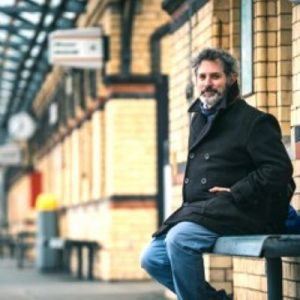 Who will be attending, and what can they expect?
We have an abundance of panellists and guest speakers confirmed, from an array of categories and locations from around the world. We will host managers, agents, record labels, performing rights organisations, artists, folk DJs, luthiers, educators, funders, promoters, transport specialists, music supervisors, and others from the industry. Some of the most notable speakers and companies represented include:  WOMEX (World Music Expo), Grey Fox Bluegrass Fest, RTE, Milwaukee Irish Fest, Philadelphia Folk Fest, English Folk Expo, Rounder Records, Midnight Mango Booking, Sligo Live Festival, Glastonbury Festival, Turning Pirate, IBMA, Compass Records, Woodenship Productions and so many more! The conference changes then in the evening with showcases with over 60 acts from all over the world including Canada, USA, England, Scotland, Italy, Spain, Argentina, Finland, Australia and Ireland of course. Here they have an opportunity for a 30 min performance with an audience of managers, festival organisers, agents, record labels and radio DJ’s.

Why is it an important event for the community there?
January is generally a quiet time of year in Ireland and for musicians. In December we have seen how the music festival Other Voices and their conference ‘Ireland’s Edge’, which is now in its 20th year, have worked at increasing tourism to the Dingle and the West Kerry region during their off-peak season. Their hotels and local businesses are thriving at a time when normally Dingle is deathly quiet. We believe with Your Roots Are Showing being held in Monaghan town with a proximity to both Dublin and Belfast international airports that it stands to bring tourism and economic growth to the region. I am excited to see and hear all the acts coming from near and far. We have been listening to them for a good while now. It is all well and good seeing and hearing them live on youtube videos and recordings but getting up close and personal will be a lot of fun. Then as the week progresses to see the attendees bond, swap songs, music, cultures and stories.

What are the future plans for the conference?
As this is our inaugural event it can only get better and bigger from here. Our main goal is to have information for musicians but also to have fun. We have been to other conferences and networking events over the years. We felt that there was something missing, a sense of fun and creativity. Feedback after our first year will be so important to us. We want to feel that everyone attending has benefitted and learned something and of course enjoyed visiting Ireland which for some will be their first time.