11 Novels You Must Read as an Outlander Fan 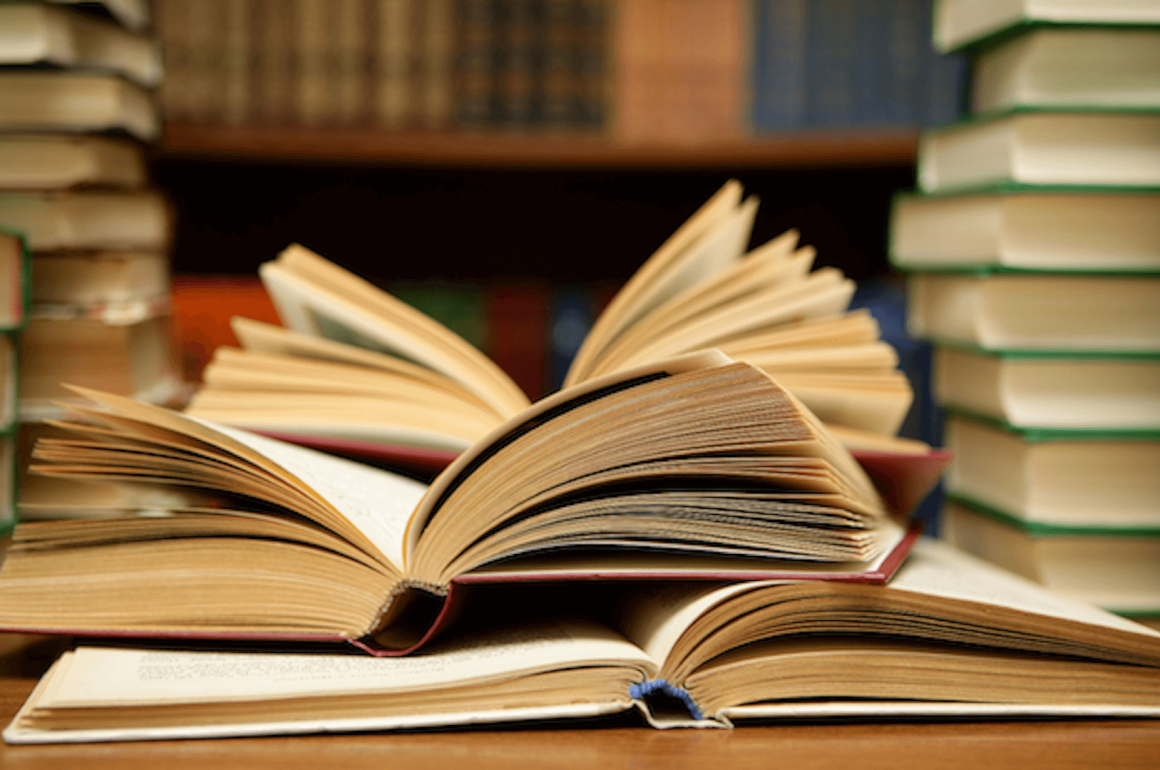 If you’ve breezed through the Outlander series – the TV show, and any other Outlander material you can get your hands on – here’s what to read next. These novels iterate the themes we were introduced to in Outlander; sexy highlanders, strong female heroines, and of course, time travel. The perfect combination of romance and adventure, these novels will hook Outlander fans from the very first page.

Lost Highlander by Cassidy Cayman
Grad student and cocktail waitress Evelyn Merkholtz has plenty to deal with. Too much to deal with. So, when her runaway best friend calls with a mysterious and urgent request to join her in Scotland, she is secretly more than happy to drop everything and oblige. She’s faced with an ancient curse, an adorably hunky villager, and a super hot (but possibly murderous), Highland warrior from the 18th century — and realizes that getting burned at the stake is a really bad way to get out of writing her thesis.

Love Beyond Time by Bethany Claire
It began nearly 400 years ago. The Conall clan and all their people were murdered in a surprise attack, their beloved castle and all evidence of who destroyed them burned to the ground with their bodies. In the centuries following, archaeologists searched through the ruins looking for any evidence of what or who had caused the untimely demise of such a powerful Scottish clan. All efforts were fruitless, until a spell put in place by an ancient Conall ancestor finally began to work its magic…Texas kindergarten teacher, Brielle Montgomery, finds comfort in the mundane routines of her life, but when her archaeologist mother asks her to accompany her on a dig in Scotland, she decides to step out of her comfort zone. Once in Scotland, they discover a secret spell room below the castle ruins, and Bri finds herself transported back in time and suddenly married to the castle’s ill-fated Laird. Now, she must work to change the fate of his people, all while trying to find a way to return to her home and century. But with each passing day, Bri finds herself falling more deeply in love with her new husband. If she can find a spell to bring her home, will she use it? And if she stays, will it ultimately mean her own death as well?

The House on the Strand by Daphne du Maurier
Dick Young is lent a house in Cornwall by his friend Professor Magnus Lane. During his stay he agrees to serve as a guinea pig for a new drug that Magnus has discovered in his scientific research. When Dick samples Magnus’s potion, he finds himself doing the impossible: traveling through time while staying in place, thrown all the way back into Medieval Cornwall. The concoction wear off after several hours, but its effects are intoxicating and Dick cannot resist his newfound powers. As his journeys increase, Dick begins to resent the days he must spend in the modern world, longing ever more fervently to get back into his world of centuries before, and the home of the beautiful Lady Isolda…

Beyond the Highland Mist by Karen Marie Moning
He would sell his warrior soul to possess her…An alluring laird…He was known throughout the kingdom as Hawk, legendary predator of the battlefield and the boudoir. No woman could refuse his touch, but no woman ever stirred his heart — until a vengeful fairy tumbled Adrienne de Simone out of modern-day Seattle and into medieval Scotland. Captive in a century not her own, entirely too bold, too outspoken, she was an irresistible challenge to the sixteenth-century rogue. Coerced into a marriage with Hawk, Adrienne vowed to keep him at arm’s length — but his sweet seduction played havoc with her resolve. A prisoner in time…She had a perfect “no” on her perfect lips for the notorious laird, but Hawk swore she would whisper his name with desire, begging for the passion he longed to ignite within her. Not even the barriers of time and space would keep him from winning her love. Despite her uncertainty about following the promptings of her own passionate heart, Adrienne’s reservations were no match for Hawk’s determination to keep her by his side…

Veil of Time by Claire R. McDougall
A compelling tale of two Scotlands — one modern, one ancient — and the woman who parts the veil between them. The medication that treats Maggie’s seizures leaves her in a haze, but it can’t dull her grief at losing her daughter to the same condition. With her marriage dissolved and her son away at school, Maggie retreats to a cottage below the ruins of Dunadd, once the royal seat of Scotland. But is it fantasy or reality when she awakens in a bustling village within the massive walls of eighth-century Dunadd? In a time and place so strange yet somehow familiar, Maggie is drawn to the striking, somber Fergus, brother of the king and father of Illa, who bears a keen resemblance to Maggie’s late daughter. With each dreamlike journey to the past, Maggie grows closer to Fergus and embraces the possibility of staying in this Dunadd. But with present-day demands calling her back, can Maggie leave behind the Scottish prince who dubs her mo chridhe, my heart?

The Impossible Lives of Greta Wells by Andrew Sean Greer
From the critically acclaimed author of the New York Times bestseller The Confessions of Max Tivoli comes The Impossible Lives of Greta Wells, a rapturously romantic story of a woman who finds herself transported to the “other lives” she might have lived. After the death of her beloved twin brother and the abandonment of her long-time lover, Greta Wells undergoes electroshock therapy. Over the course of the treatment, Greta finds herself repeatedly sent to 1918, 1941, and back to the present. Whisked from the gas-lit streets and horse-drawn carriages of the West Village to a martini-fueled lunch at the Oak Room, in these other worlds, Greta finds her brother alive and well — though fearfully masking his true personality. And her former lover is now her devoted husband… but will he be unfaithful to her in this life as well? Greta Wells is fascinated by her alter egos: in 1941, she is a devoted mother; in 1918, she is a bohemian adulteress. In this spellbinding novel by Andrew Sean Greer, each reality has its own losses, its own rewards; each extracts a different price. Which life will she choose as she wrestles with the unpredictability of love and the consequences of even her most carefully considered choices?

A Knight in Shining Armor by Jude Deveraux
Once upon a time… as a fair maiden lay weeping upon a cold tombstone, her heartfelt desire was suddenly made real before her: tall, broad of shoulder, attired in gleaming silver and gold, her knight in shining armor had come to rescue his damsel in distress – abandoned by her lover, thoroughly modern Dougless Montgomery finds herself alone and broken-hearted in an old English church. She never dreamed that a love more powerful than time awaited her there…until Nicholas Stafford, Earl of Thornwyck, a 16th-century knight, appeared. Drawn to him by a bond so sudden and compelling that it defied reason, Dougless knew that Nicholas was nothing less than a miracle: a man who would not seek to change her, who found her perfect just as she was. But she could not know how strong were the chains that tied them to the past — or the grand adventure that lay before them.

In Bed with a Highlander by Maya Banks
Ewan McCabe, the eldest, is a warrior determined to vanquish his enemy. Now, with the time ripe for battle, his men are ready and Ewan is poised to take back what is his — until a blue-eyed, raven-haired temptress is thrust upon him. Mairin may be the salvation of Ewan’s clan, but for a man who dreams only of revenge, matters of the heart are strange territory to conquer. The illegitimate daughter of the king, Mairin possesses prized property that has made her a pawn — and wary of love. Her worst fears are realized when she is rescued from peril only to be forced into marriage by her charismatic and commanding savior, Ewan McCabe. But her attraction to her ruggedly powerful new husband makes her crave his surprisingly tender touch; her body comes alive under his sensual mastery. And as war draws near, Mairin’s strength, spirit, and passion challenge Ewan to conquer his demons — and embrace a love that means more than revenge and land.

Mariana by Susanna Kearsley
From the winner of the Catherine Cookson Fiction Prize, this mesmerizing, suspenseful, and richly atmospheric tale of time travel draws us into the heart of a heroine we won’t soon forget…The first time Julia Beckett saw Greywethers she was only five, but she knew at once that it was her house. Now, 25 years later, by some strange chance, she has just become the new owner of the 16th-century Wilshire farmhouse. But Julia soon begins to suspect that more than coincidence has brought her there. As if Greywethers were a portal between worlds, she finds herself abruptly transported back in time. Stepping into seventeenth-century England, Julia becomes Mariana, a beautiful young woman struggling against danger and treachery, and battling a forbidden love for Richard de Mornay, handsome forebear of the present squire of Crofton Hall. Each time Julia travels back, she becomes more enthralled with the past, falling ever deeper in love with Richard… until one day she realizes Mariana’s life threatens to eclipse her own — and that she must find a way to lay the past to rest, or risk losing a chance for love in her own time.

To Say Nothing of the Dog by Connie Willis
From Connie Willis, winner of multiple Hugo and Nebula Awards, comes a comedic romp through an unpredictable world of mystery, love, and time travel…Ned Henry is badly in need of a rest.  He’s been shuttling between the 21st century and the 1940s searching for a Victorian atrocity called the bishop’s bird stump. It’s part of a project to restore the famed Coventry Cathedral, destroyed in a Nazi air raid over a hundred years earlier. But then Verity Kindle, a fellow time traveler, inadvertently brings back something from the past. Now Ned must jump back to the Victorian era to help Verity put things right — not only to save the project but to prevent altering history itself.

The Madness of Lord Ian MacKenzie by Jennifer Ashley
It was whispered all through London Society that Ian Mackenzie was mad, that he’d spent his youth in an asylum, and was not to be trusted — especially with a lady. Yet Beth found herself inexorably drawn to the Scottish lord. Despite his decadence and his intimidating intelligence, she could see that he needed help — her help. Because suddenly the only thing that made sense to her was… the Madness of Lord Ian Mackenzie.