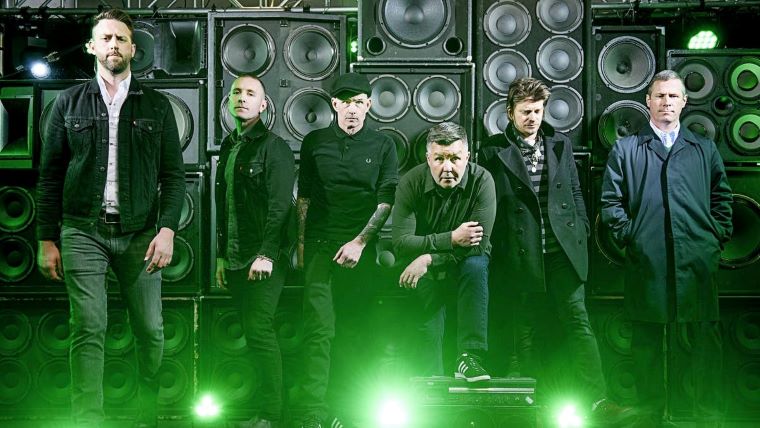 It has been 25 years since the Dropkick Murphys drop-kicked onto the Celtic punk rock scene, but for founder Ken Casey – even with the release of the band’s latest album, Turn Up That Dial – it has been a difficult year to celebrate that milestone. Recently Casey spoke with Celtic Life International about the sextet’s past, present and future.

What are your own roots?
I was born and raised in Boston. I have been here my whole life, and this is where I will always be unless someone makes me a better offer. My grandparents and great grandparents were Irish, and I still have some relatives who come to the shows and such over in Ireland. Obviously, Boston has a close connection to Ireland, and that is the same with my own family.

When and why did you get into music?
I have always been a music fan, from the traditional Irish melodies that I was introduced to by my grandparents and whatnot, to the rock ‘n’ roll that I first heard as a kid, to the punk rock that I discovered as a teenager. But I actually got into the band because of a bet! I was in my early 20s, and I had talked about starting a band with friends, just to play cover songs in a basement – never to play out in venues in front of people. So, a buddy of mine said to me, ‘you are always talking about starting a band. My band has a show in three weeks, and I dare you to open for us!’ Now, I can’t resist a good bet, so the next thing you know – with only three-weeks’ notice – we put a band together and played our first show. It started out as a joke, and yet here we are – 25 years later. 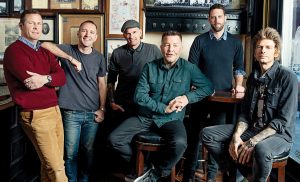 Are they the same reasons you do it today?
No, it has definitely taken a turn…thank God! Because he never paid me for that bet, I would still be playing for that $30 wager! I think that, in the beginning, it was for a laugh. Then, as we started to develop a little more on each stage, we set some goals, picked up some fans, and it was like, ‘oh my God, people might actually like this!’ Then it took on a whole new meaning once we had an actual connection with a real fanbase. I would say the opportunity to play live music to an audience that knows our songs and sings the words back to us – that feeling is priceless. So, no, I am not complaining about that $30 as I believe I won in the long run.

What are the challenges and rewards of the gig? Especially during COVID-19?
Well, before COVID-19, it was the best job in the world. I had never travelled before the band, and since then, I have had the good fortune of seeing the world. The downside is, although we love being on-stage for 90 minutes each night, the other 22-and-a-half hours of the day we are away from our family and friends. I have kids, so I have missed a large chunk of their lives. But it has also given me the opportunity to put a roof over my family’s heads, and provide for them, so it is a give-and-take situation. As far as COVID goes, I think that the music industry was affected more than others. It has been especially difficult for fans. Socially distanced shows just aren’t going to work for us – we are pretty much going to have to wait until people can get right back in there again together. So, it has been tough – we miss the fans, we miss working. We have done four livestream shows during the pandemic, and we are very proud of those – they went great, and they kept us maybe more relevant than a lot of bands. However, at the same time, four shows in a year? We usually play 125 shows each year on average.

What lessons from the pandemic will you carry into the future?
We are going to continue to stream our St. Patrick’s Day show in Boston, for sure. A lot of our fans have made it a goal at some point in their lives to come to Boston to check out one of our shows but streaming the live show on St. Patrick’s Day will give others around the world the opportunity to see us. Maybe when we are in in Europe or Ireland or elsewhere, we can organize a live stream from that particular venue at some point also.

You previewed your new album on St. Patrick’s Day correct?
Yeah, we played some songs from the new album, and then we just did another show, where it was the full-on record release party. We played the full album, front-to-back, and then a bunch of other songs afterwards. We got a chance to play the whole album live, which was a nice feeling. 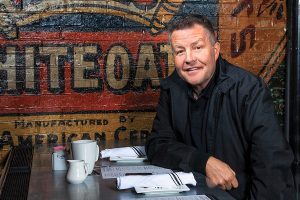 What are your thoughts on the current state of the Irish and Celtic culture?
In a city like Boston, it is so prevalent, you almost take it for granted. I don’t think you need to promote the culture, because it is still so strong here. Obviously, it has been a little diluted as the city of Boston gets more gentrified. Some people have had to move out of the old Irish neighbourhoods, simply as they can’t afford to live there anymore. But in the Boston area, it is still strong. We have toured the Canadian Maritimes, and I was like, ‘wow, this is cool,’ to see how big Celtic music still is. I remember the first time I drove through Cape Breton and the diversity of one town alone was insane; one highway sign is in English, and then the next one is in French, and then the next one is in Gaelic. I couldn’t believe what I was reading. I think that Irish and Celtic culture is in fine shape

What is on the band’s agenda for the remainder of 2021, and into 2022?
The rest of this year will be all about finding new and unique ways to promote our new album. We have made music videos for almost all the songs on the record, which is something we would not have done in the past when we might have done just one or two. We will release those, staggered, through the summer, to keep the album alive. Then, we will be doing some shows here in America in August or September with Rancid and The Bronx – we are calling it the Boston to Berkley II tour.. For 2022, we will be undertaking a big European tour, playing Ireland, the U.K. and elsewhere. It will be some of the biggest arenas we have ever performed in, including 3Arena in Dublin, the Hydro in Glasgow, and Wembley Arena in London. Between having a new album, and the pent-up demand for live music, we will need to play these bigger venues. So, there is some good to come out of it, I guess. To get to play Wembley Arena is something I never thought would ever happen. Although there is no guarantee that everything will be better by that time, we have to keep making plans and hoping for the best.