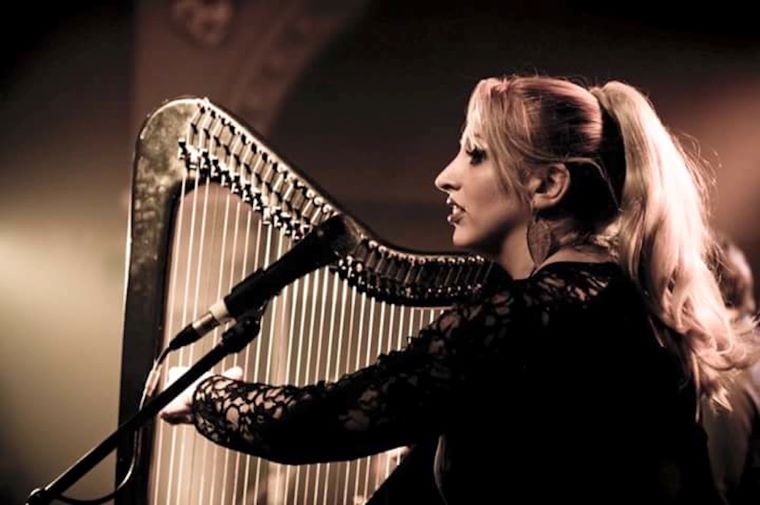 Harp, cruit, clarsach, telyn…whatever name you call it, the Celtic harp is a vital piece of Celtic culture and identity. Indeed, there is no other instrument, including the bagpipes, that can be as closely associated with the term Celtic as the harp – it references history, national identity and, of course, it sounds heavenly.

Harp playing in the Celtic countries can be traced back over a thousand years. Today, visit any Celtic music session around the world and you are likely to hear tunes written by the 17th-century blind Irish harper Turlough O’Carolan. Images of the Celtic harp appear everywhere – from the Irish currency to pints of Guinness.

The mystical qualities of the harp also appear in the Celtic folklore. In Irish tradition, Dagda – the father-figure of Celtic gods – had a harp that could make anyone who heard it laugh for joy or weep with sorrow, and playing it made the seasons arrive in correct order.

Despite its cultural importance, the Celtic Harp was almost extinct due to socio-political factors. However, thanks to a revival of interest that began in the 1960s – spearheaded by the likes of Breton harpist Alan Stivell and organizations such as Cairde na Cruite and the Clarsach Society – passion for the instrument has grown. The Celtic harp has never been as widespread or as popular as it is now, and this new surge of interest has encouraged harp makers to further develop the instrument, with the cost of a harp becoming less prohibitive and rentals more readily available.

And it is not just in the Celtic countries that the harp is booming. With many people looking to connect with their Celtic heritage through music, the instrument has become more popular in North America, Europe, and Asia. In the USA, the International Society of Folk Harpers and Craftsmen has over sixteen hundred members. There is also the Scottish Harp Society of America, and a Welsh Harp Society. There are Celtic harp festivals from Norway to New Zealand, and Facebook groups for Celtic harp enthusiasts now have thousands of members.

Growing up in Scotland, I was lucky to be immersed in Celtic music from a young age and have been playing the harp since I was 12 years old. Since 2005, I have been performing and teaching audiences and learners around the globe. I have showcased in the USA, Australia, Hong Kong, South Korea, Canada, Argentina and, in 2022, I will be playing on the remote island Svalbard. 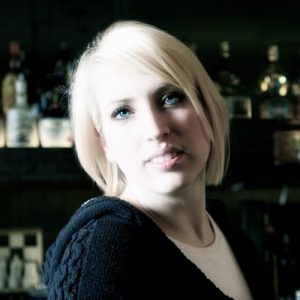 At the start of the pandemic in March of 2020, like so many other musicians, my career came to an abrupt halt. From touring the world, playing 200 concerts a year, suddenly I was stuck in my little house in the West Highlands of Scotland, with no idea when touring would restart.

The thing I missed most about performing was the connection I had with people.

And so, I decided to create a positive, warm, music-loving community that would connect harp lovers all over the world, and that might become a resource for anyone, anywhere, who wanted to learn the instrument.

I started going live on Facebook twice a week to teach a harp tune to anyone who wanted to join in. Participation grew as people realized that learning online didn’t have to be an isolating experience. A thriving online community started to form that spanned the globe, with people of all ages and experiences, who shared a common love for the harp.

It became clear that there was a huge demand, particularly internationally, for harp tuition. Although interest in learning is at an all-time high, many people don’t have a local teacher, and the cost of private lessons can be prohibitive, so the Internet could help to deliver high-quality video harp tutorials. Suddenly geographic borders and time-zone differences were irrelevant, and students were able to receive tuition in the comfort of their own home at whatever time suited. In this way, students could engage with the harp in an innovative way.

It has been exciting to watch this online harp community grow, and I am constantly thinking about new ideas on how to serve it better. I have now created a two 10-week courses to teach the basics to beginners. In addition, I have had two Online Festivals with guest tutors from around the world, hosted weekend masterclasses, started monthly virtual jam sessions and formed a “Harp Chat” Facebook Group so that learners can share progress and get feedback from others. I love it when students post videos of their playing for their fellow students to see. It is amazing to see players of all ages and standards develop their skills and experience the joy of learning.

It is particularly exciting to see so many adult learners, as playing the Harp also has benefits for physical and mental wellbeing, including improved memory and cognition, reduced stress, and relief from arthritis.

Of course, whilst the digital space has been incredible for developing and sharing music, you can’t beat the thrill of a live concert or playing with others. Hopefully, festivals such as the Edinburgh International Harp Festival in Scotland and the Dinan Harp Festival in Bretagne will return in 2022.

My goal now is to grow the reach to as many harp lovers as possible and to help people realize that it is never too late to learn this wonderful instrument. ~ Story by Allie Robertson