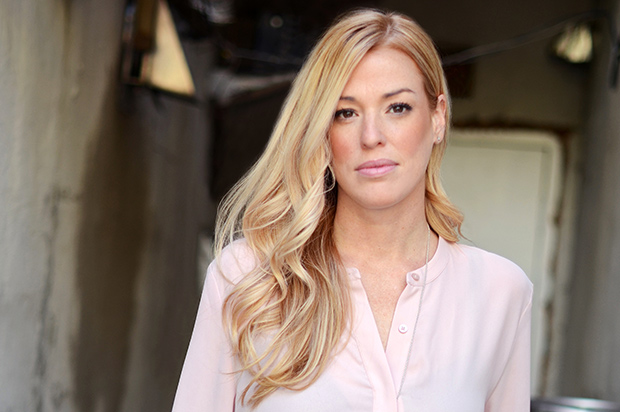 It took Celtic fiddler Anna Ludlow all of five seconds to jump on board the smash Broadway show Come From Awa..

“It has been the most incredible journey,” says fiddler Anna Ludlow from Winnipeg, where Come From Away premiered before moving to Toronto.

The multi-award winning musical, created by Canadians Irene Sankoff and David Hein, is based on the hospitality of two Newfoundland communities to 7,000 air travelers grounded during the 9/11 attacks on the United States. Residents of Gander and nearby Lewisporte opened both their homes and hearts to the stranded passengers and flight crews.

“In Atlantic Canada it is no cliché to say that the door is always open,” Ludlow points out. She describes the show, which played to rave reviews on Broadway and won a Tony Award, as being rich and rewarding with emotion.

“It focuses on love, forgiveness and friendship. Ultimately, love conquers hate, and I feel that sentiment in each show that I play. The audiences laugh and cry and come away with certain joy.” 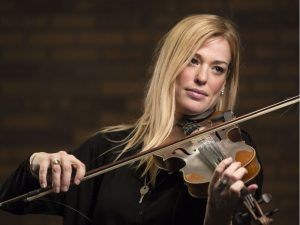 “A few weeks later I had the gig, the only problem being that I live in Ottawa and the show is based in Toronto.”

Ludlow, who has a two year-old daughter with her husband, knew the break was just too good to pass on in spite of the many hours she or her family will spend travelling.

“The writers, the producers, the directors, the stage crew, the music directors, the actors, and the incredible musicians that I share the stage with are wonderful. It is the opportunity of a lifetime for me.”

In addition to performing in the pit, Ludlow joins the cast on stage during the pub scenes.

Before Hallett contacted her, she was fine-tuning a second album. She released her first, Reel To Reel, in 2010. As such, she has had to take what she terms “a wee break.”

“Right now, it is looking like the right time to release it may be late fall. My focus at this point is on Come From Away, and I’m enjoying every moment of it.”

Ludlow is no stranger to performing for large audiences, having spent over a decade touring North America and Europe as principal fiddler with the Halifax-based, Juno-nominated stage production DRUM.

“We played Dollywood, the Vancouver Olympics, Trafalgar Square for Canada Day and even for Queen Elizabeth II.”

Musical talent aside, she believes the strong sense of family and community she was raised with makes her a natural fit for Come From Away.

“My maternal ancestors immigrated (to mainland Nova Scotia) from the rugged highland district of Moidart in Scotland during the clearances. On my paternal side, my ancestors came from southwest England and southwest Ireland who came to Newfoundland as labourers in the fishery.”

Strongly influenced by a Celtic music tradition that flows through her mother’s family, Ludlow says there was no shortage of fiddle or bagpipe music while she grew up in Antigonish, Nova Scotia. 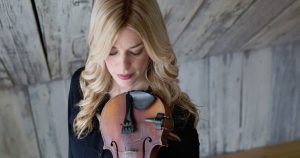 “My parents held kitchen parties and local fiddlers would often come to play. Scottish and Irish fiddle and folk songs were commonplace in my youth.”

She took her first lessons from award-winning fiddler Kendra MacGillivray, and was exposed to Cape Breton’s best-known players. She particularly recalls hours spent listening to the music of fiddler Natalie MacMaster.

“I listened to all of her albums and back then – I had many of her cassette tapes and I would rewind and fast-forward over and over until I perfected her sets.”

Ludlow loves a good jig with plenty of drive, and that approach perfectly complements Come From Away.

“I am not a believer in ‘music for music’s sake,’ and want people to enjoy my sound. It’s a hard world out there, and if I can give people a few minutes of pleasure and even some distraction, then it is worth it.”

In Come From Away Ludlow plays her favourite fiddle, a nearly century-old Czech model that she picked up in Boston 15 years ago.

“I am not sure that the Czech violin maker would have believed that his creation would spend this amount of time producing Celtic music. I think he would enjoy watching and hearing his instrument play the music in Come From Away.”